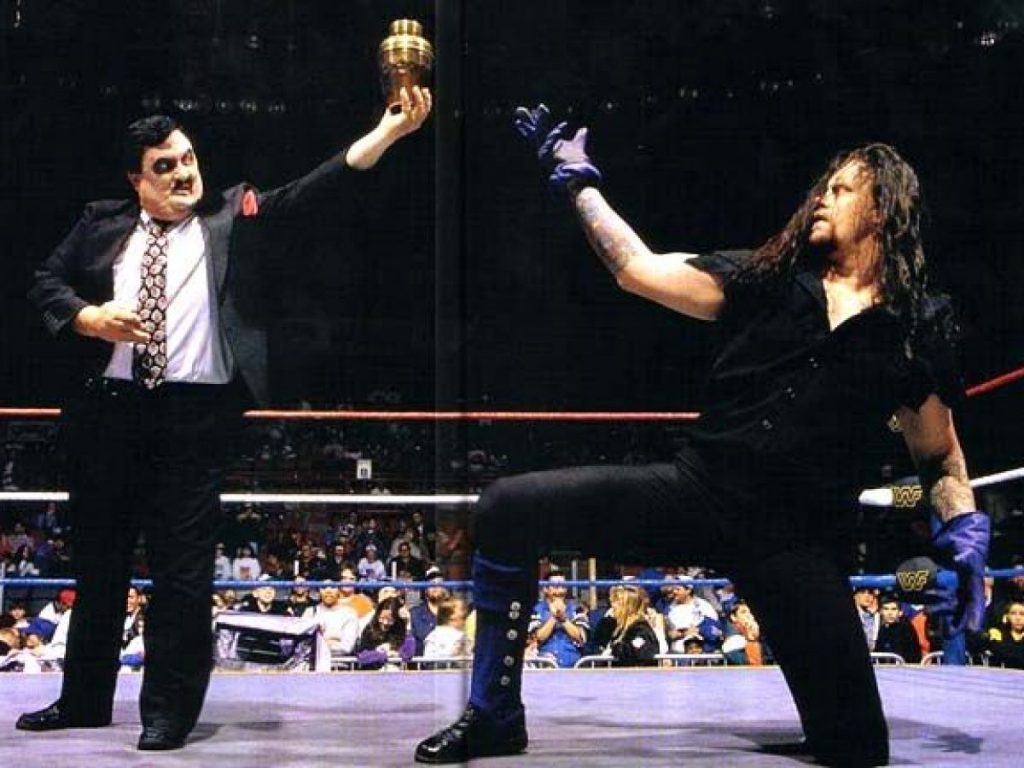 Without a doubt my favorite professional wrestler has always been, and will always be, The Undertaker. The Undertaker is a character performed by Mark William Calaway in World Wrestling Entertainment (back in my day it was WWF). Recently the WWE released a documentary chronicling the 30 year career (and retirement) of Calaway. It got me thinking about studying religion.

There are quite a few videos out there that go through the major story arcs, rivalries, and matches that make The Undertaker’s career unrivaled. For example, see this video for context to this article:

Calaway was heavily involved in the development of his character. WWE had to continually evolve its storytelling, performance-style, and characters as its audience changed over the years. The Undertaker, for example, has been an old western mortician, the leader of a seemingly-satanic cult, and an American badass throughout his career, just to name a few.

There are a number of variables at work that maintain Calaway’s Undertakerness. That is, while entrance music, pyrotechnics, and costumes change, what other things remain in the rotation to give the impression of a consistent identity? I’m thinking here of movements (how The Undertaker throws a punch) and wrestling moves (jumping clothesline, chokeslam, rope walk, and the aptly named finishing move, the Tombstone Piledriver). With so many things changing throughout Calaway’s career, it seems difficult to think of a scholar of professional wrestling trying to nail down Undertakerness.

Yet, if we substitute religion in the place of Undertakerness we can see a long list of scholars who have done, and continue to do, just that. And while I’m in no position to be prescriptive and tell academic folks what they ought to do, I do find as much merit in studying how identities are constructed, maintained, and performed as I do in studying attempts to essentialize incredibly complex and seemingly timeless social practices.

4 thoughts on “Studying Undertakerness and Religion”