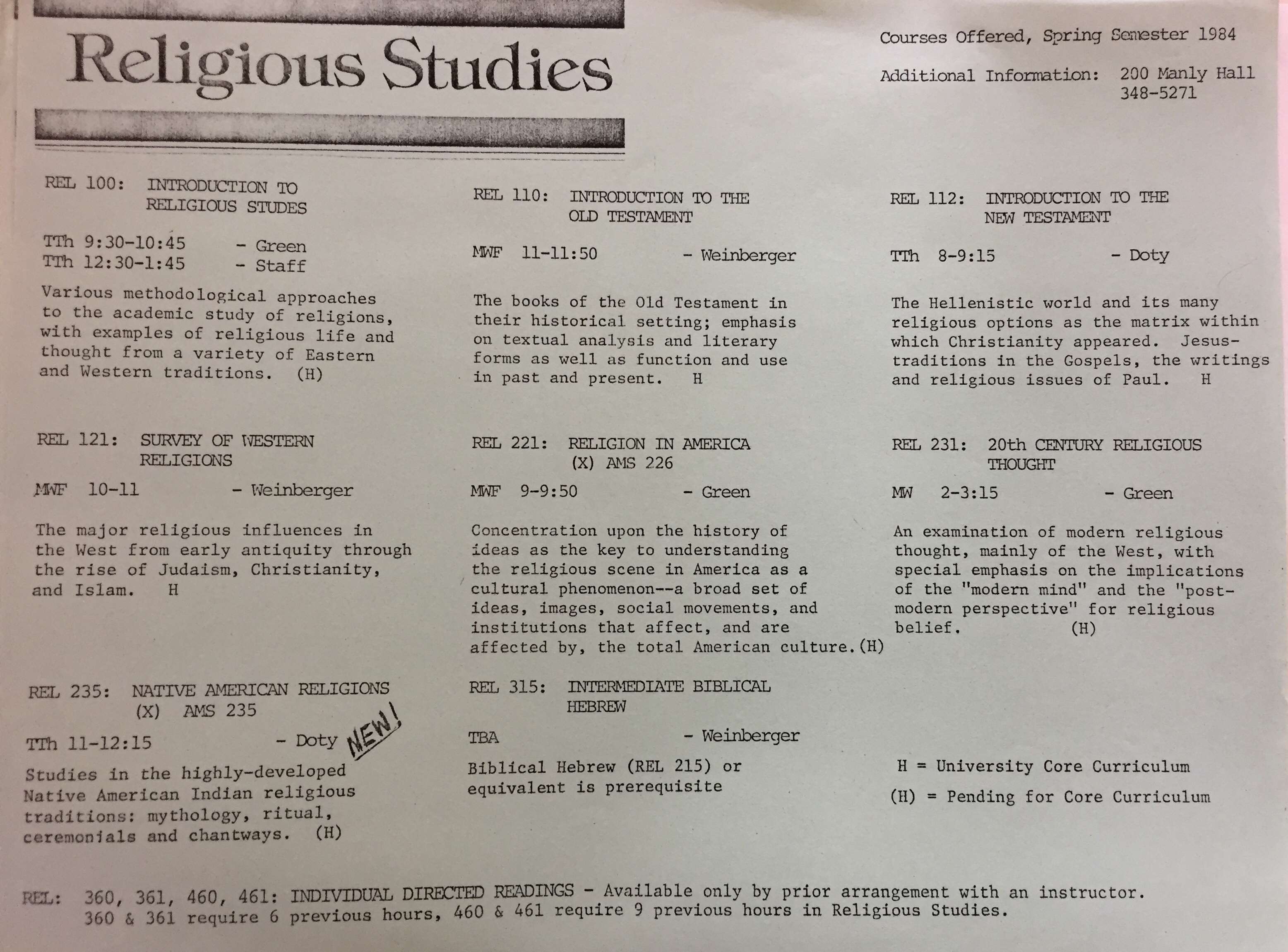 There was a memorial service on campus yesterday for Patrick E. Green, who passed away on October 20, 2019. He came to the University of Alabama, from the University of Texas, back in 1969. That’s back when the field that some of us today take for granted was just getting going and the UA Department that we nowcelebrate as being over 50 years old was in its infancy, with its few faculty housed in ten Hoor Hall. For that was just a couple years after the first time someone other than campus ministers were teaching courses on religion, and back when doctoral programs in the study of religion, as we think of them today, didn’t exist.

And so the field that is doing so well today was built by people like Patrick, who started out earning a B.A. in Philosophy at Southern Methodist University (in 1957), and who then earned a Master of Divinity degree at the Perkins School of Theology (in 1961), but, instead of a career in ministry, he went on to get his Ph.D. in Philosophy from Drew University (in 1967). And so, after just a couple years of teaching, he made his way to Alabama from Texas (where he had been born, on March 13, 1935), and he stayed here ever since, often serving as Chair of the department, and retiring in 2000.

I never worked directly with Patrick, for I was hired into the open line that his retirement made possible. I came to Tuscaloosa a year later, though, in 2001, after the first search to replace him had failed. Searches fail all the time, of course, and for a variety of reasons, but in this case, that unsuccessful effort to find his replacement is likely more significant than anyone realized at the time, for if you talk to former students whom Patrick taught you’ll quickly realize that there was no replacing him.

Once I arrived as the new Chair, and as we needed a course staffed, from time to time we asked Patrick to teach a variety of courses in the Department (he always said yes, such as the time when Prof. Trost was Chair and a hospitalized faculty member meant that we had to scramble to find someone to cover the rest of the semester); and so it became clear to me pretty quickly how popular he was with his students — how he pressed them to think new thoughts, doing it with an a wily enthusiasm that the students found infectious. That’s likely why other programs on campus also kept tapping him for teaching duties long after he retired, notably the Honors College. He was quick with a sly smile and a wink, always ready to tell a story, and somewhere in there he’d likely address you as “fella” or “man,” betraying his roots in 1960s culture.

The last public role that Patrick played in REL was when he helped us to celebrate our 50th anniversary, on March 28, 2017. Introduced by the then Dean of Arts & Sciences, the event included lectures on the history of the field by Profs. Altman and Trost; after the Dean said a few kind opening words it was Patrick’s turn to set the table. (You can hear him around the :56 point of the podcast we later posted.) He’d been retired almost two decades by then but he was in perfect form that day — making sure that the students gathered in Gorgas Library, where we held the afternoon event, understood that they were enrolled in university not to become what mom and dad wanted and not to do the bidding of the administration, and probably not even to learn some facts about this or that thing thT they were studying in their classes. Instead, they were here to live and to figure out a few things about living — things they’d take with them long after they left campus. Like I said, although I never worked with Patrick, standing in the wings at that event, listening, it wasn’t tough to see why the students liked him so much and why he had such a lasting effect on them.

And so I’ll end with comments from two students, posted back in 2013 on ratemyprofessor.com, because they pretty much capture the person I came to know:

Dr. Green rocks! He’s very laid-back and has a lot of interesting stories. He recommended a new book to us seemingly every week. His honors seminar on the search for meaning is a class that will stick with me for life!

Dr. Green is wonderful. Great story teller. You will really know the material after you finish class. I took a religious studies course, and he is abundantly knowledgeable. His class requires effort, but if you put in the effort then you will be pleased with your grade as well as what you learned. 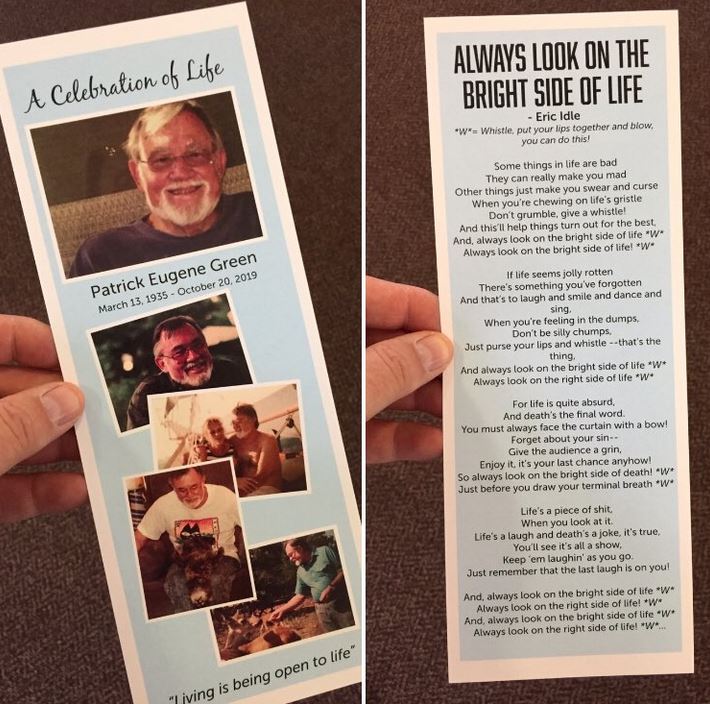