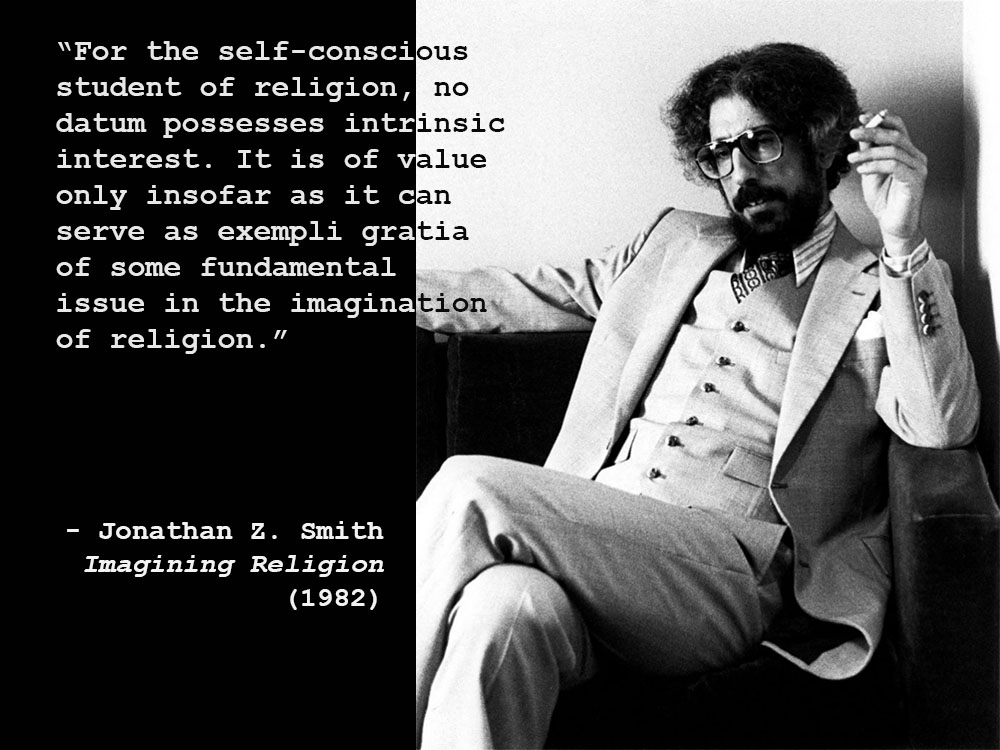 This conference, organized by Barbara Krawcowicz and Ann-Kathrin Bretfeld-Wolf, has asked scholars worldwide to consider the claims of J. Z. Smith in the context of their own research. Though the call for papers focuses on the scholar’s Relating Religion, participants were encouraged to explore any methodological study of Smith that may be applicable in their own work.

Prof. Touna is no stranger to J. Z. Smith’s work, referencing his concepts in several of her essays and chapters. She admits that his ideas have influenced her academic career, promoting growth by providing her with a new framework to complicate her surroundings, even when her own interpretations countered portions of Smith’s claims.

Along with her existing interest in Smith’s work, Prof. Touna considers the conference as an opportunity to apply field data she has been gathering over the last two years. She has spent that time observing an archaeological dig in a small town of Greece with the intention of complicating constructions of the past. Through archival work and interviews with archaeologists and community members, she has collected various examples of individuals and groups that present the past for particular purposes.

Like J. Z. Smith, Prof. Touna realizes there is no intrinsic data from the past. Yes, she admits, archaeologists are still digging up artifacts, but the only ‘data’ to be evaluated comes from the fabrications that individuals in the present project onto those tangible items of the past. Smith similarly argues that religion is not self-evident (the artifact does not have an inner essence or function to be discovered), but instead gains meaning through comparison.

Prof. Touna looks forward to re-reading J. Z. Smith’s book Imaging Religion to problematize and exemplify her encounters with the past in the form of her fieldwork. Her paper for the conference will develop Smiths previous claims and establish her own distinguished argument on the relationship between the past and present.

Stay tuned to find out more about Prof. Touna’s trip to Norway in June 2019.