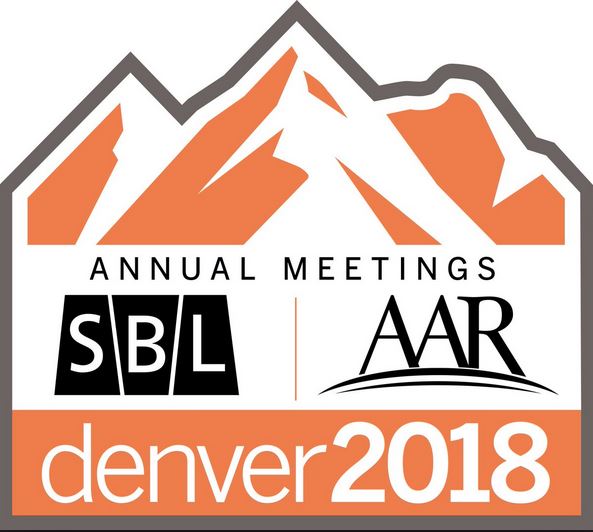 With the our field’s main annual conference just days away, we thought we’d offer a public service announcement to those who may be new to navigating the heady intellectual environment of a scholarly meeting. 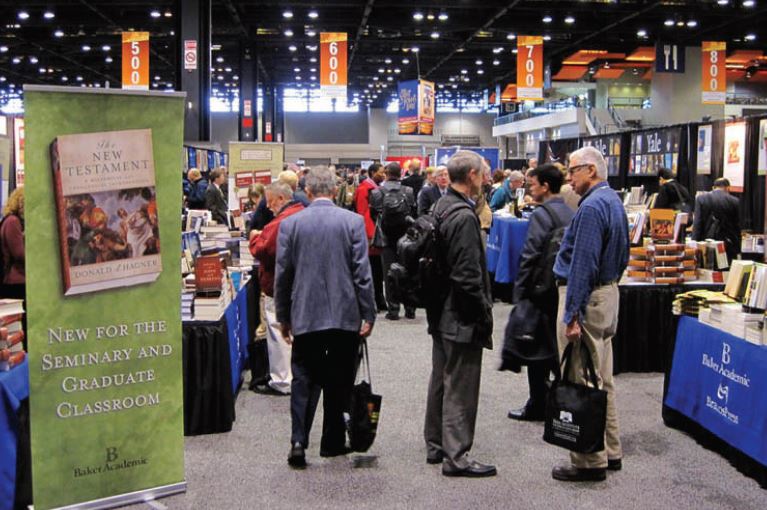 1. Don’t wander into the book display unprepared; instead, psych yourself up for the over-stimulating audio-visual onslaught that is a convention center ballroom filled with thousands and thousands of books — many of which are on either Jesus or the Apostle Paul — and nearly as many tweed-coated scholars fighting over them or talking to each other in the middle of the aisle. #obstaclecourse 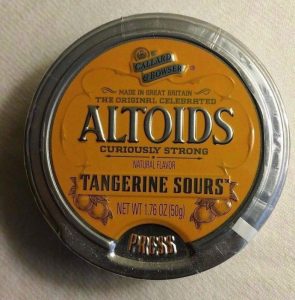 2. Do carry Altoids; either you’re gonna need ’em or someone you’re speaking with in close quarters will. 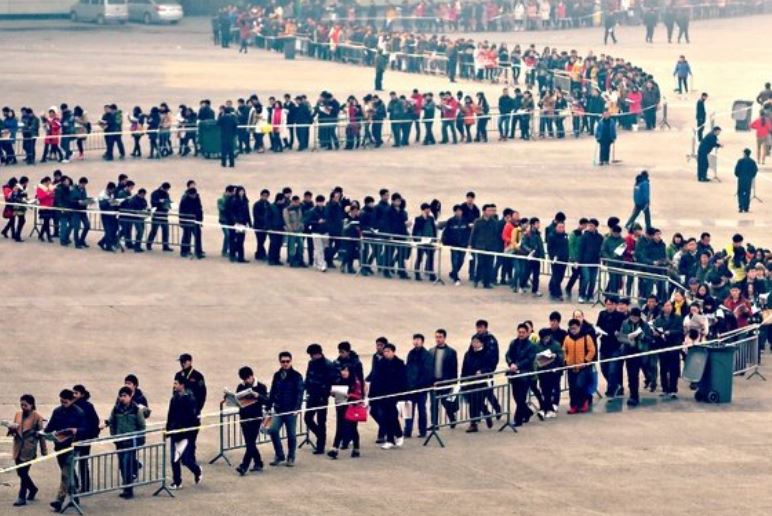 3. Don’t even glance at the Starbucks line at your hotel in the morning — it’s always unimaginably long and it’ll just depress you when you realize that this will more than likely characterize your primary dining experience for the next few days. 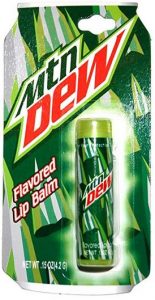 4. Do carry lip balm; the dehumidifiers in those hotels and convention centers will suck the life out of you. 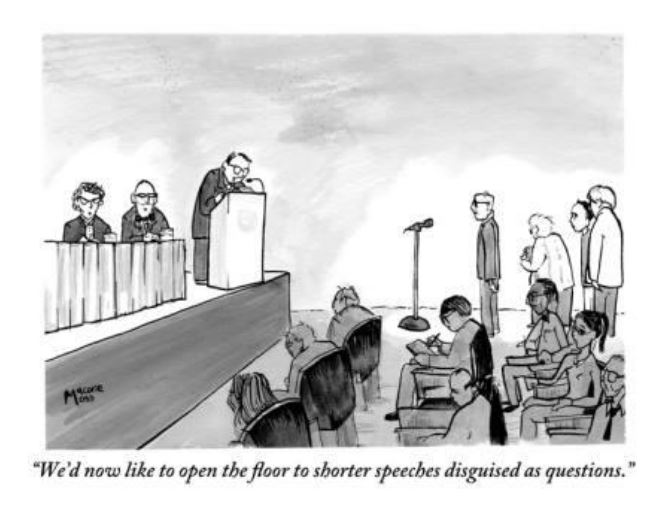 5. Don’t make an overly long, self-referential and meandering statement at the end of panel, during the so-called Q&A session, without a little upward inflection at the end, to make it sound like you’re at least vaguely aware that you should be asking an actual question of the presenters. 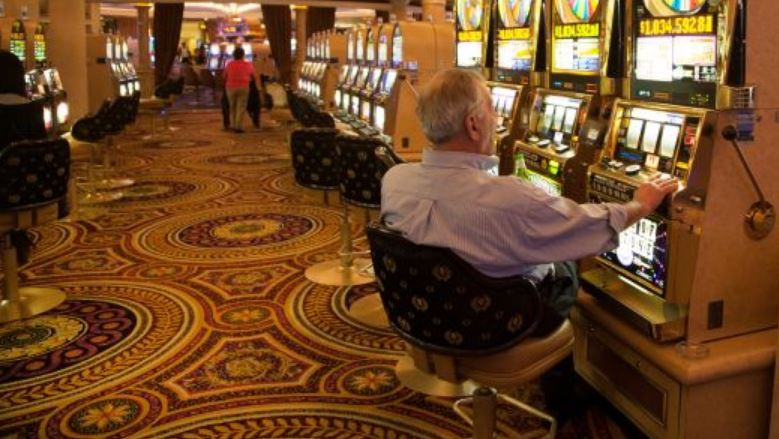 6. Do notice how remarkably similar the ornate carpets in the hotel meeting rooms are to those in casinos, both of which are designed to mesmerize and prevent you from ever leaving. 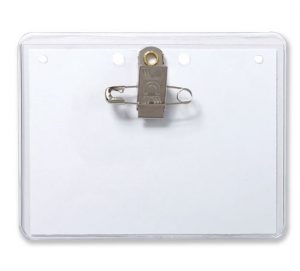 7. Don’t keep your name badge on once you leave the conference venue and are out on the streets, coz it’ll make you look like a rube to the locals (i.e., they’ll take you for the country bumpkin that you are).

8. Do hydrate. Frequently. See item 4 above. 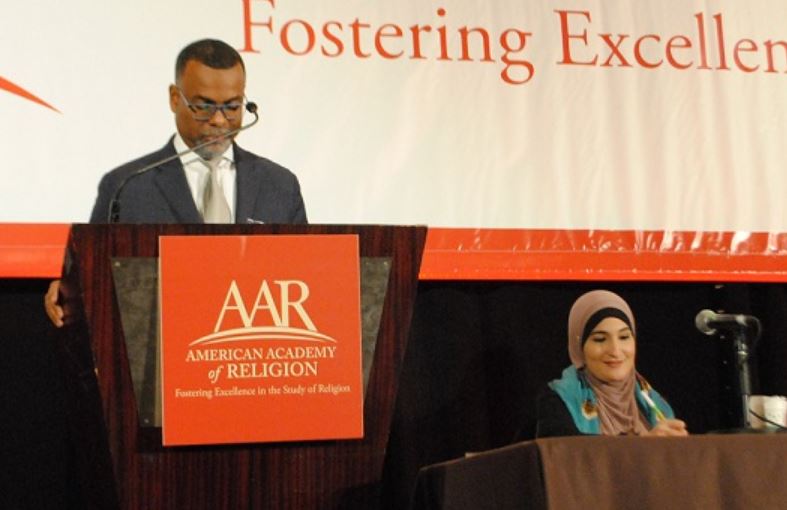 9. Don’t just attend panels on things with which you’re already familiar — pick something new and stick your head in for a while, like the main plenary sessions.

10. Do feel free to get up, politely and as unobtrusively as possible, and leave a session at any time; the papers usually go in the order they’re listed in the program book and people often try to time their appearance at a session to overlap with a certain paper they’d like to hear — so there’s people coming and going throughout sessions. 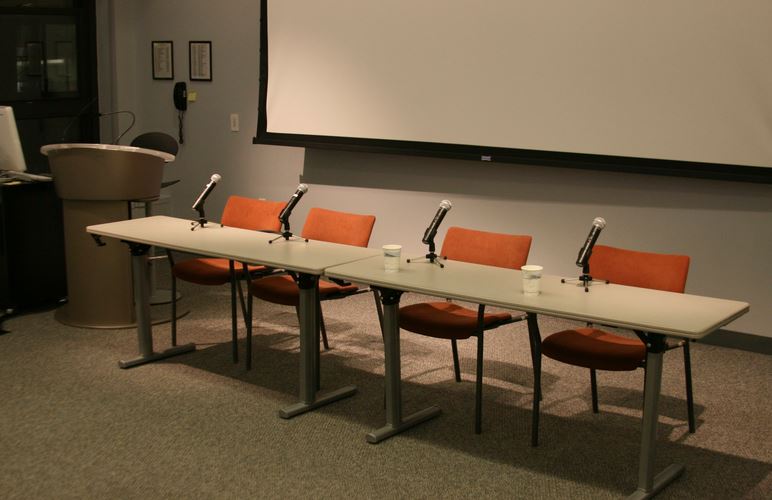 11. Don’t follow the advice in #10 if you’re actually one of the panelists; instead, you’ve got to stay til the bitter end. It’s what you signed up for. 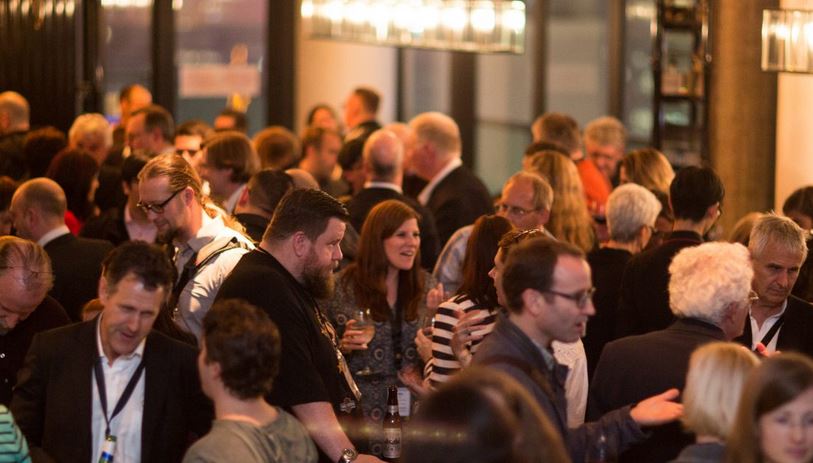 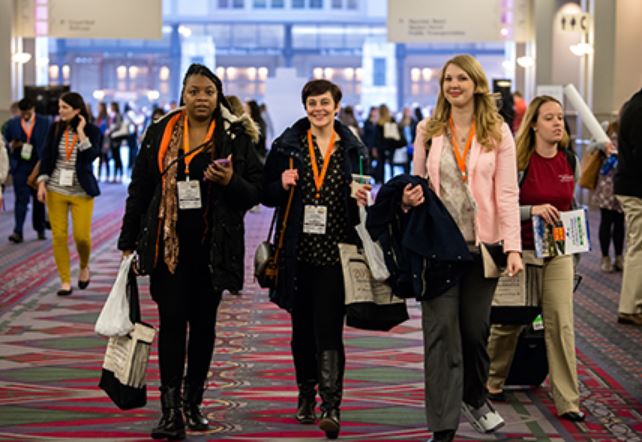 10. Don’t assume that the conference is all about the sessions; especially for those who have gone a few times before; often, the real action might be happening elsewhere, where new projects are cooked up, old friendships are renewed, and happenstance meetings take place in the hallways between panels.

11. Do wear sensible shoes — you’re gonna be walking and standing a lot. #mydogsarebarking 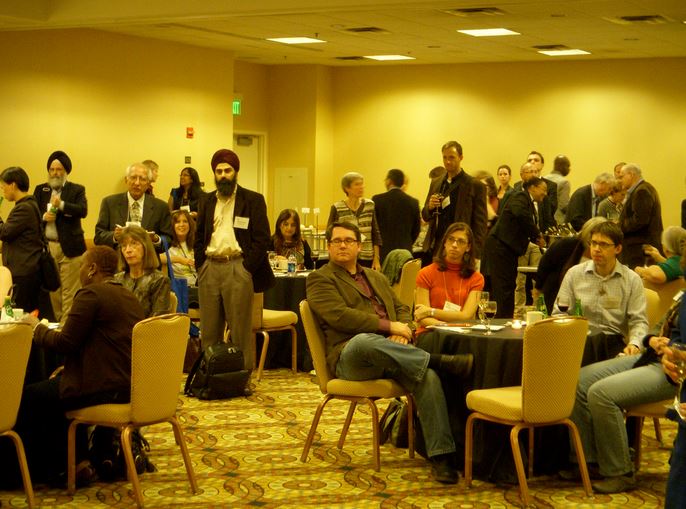 12. Don’t think that you’ll automatically get on next year’s program with a great paper submission — you might, sure, but, being one of thousands attending each year, it may take time to work toward being a panelist, so start by finding a program unit which matches your interests, and just start attending, stay for the business meeting, meet some people, put your name on their email list, and offer to help out. Bonus: don’t judge a session by its size; while the popular plenaries may attract 1,000 people, the smaller groups might be where you get involved the quickest and the easiest. 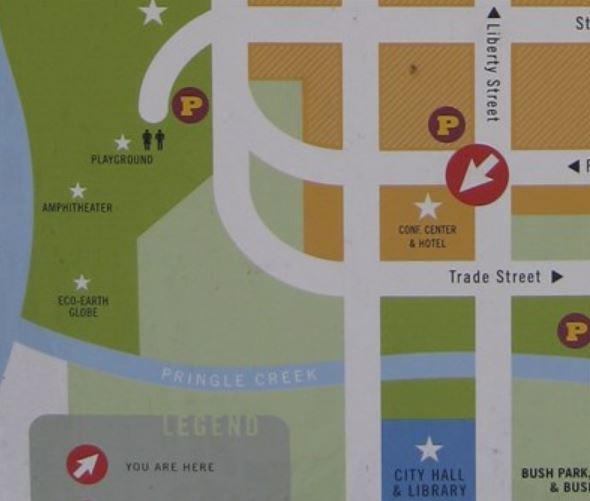 13. Do ask to tag along with a conference veteran for a morning or an afternoon, if it’s your first meeting, and just meet the people they know, go to the sessions they attend, stroll the book display with them and meet the editors they’ve worked with, so as to start to weave yourself into the event and the profession. In fact, do it with a few different people, who move in different circles. 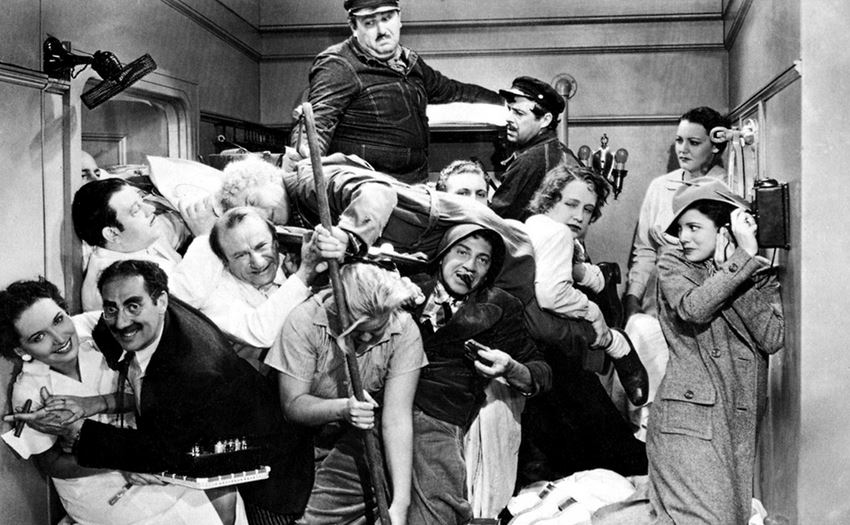 14. Don’t be intimidated by the cost of attending — sure, it isn’t cheap, and depending on your budget it might not be the right time to attend — but plenty of us have slept on cots and the floor of overly crowded hotel rooms to save as much money as we can. Bonus: don’t assume that it’s only important to go to the annual national meeting; regional conferences can be way cheaper, way nearer to you, and way more productive than you might think. 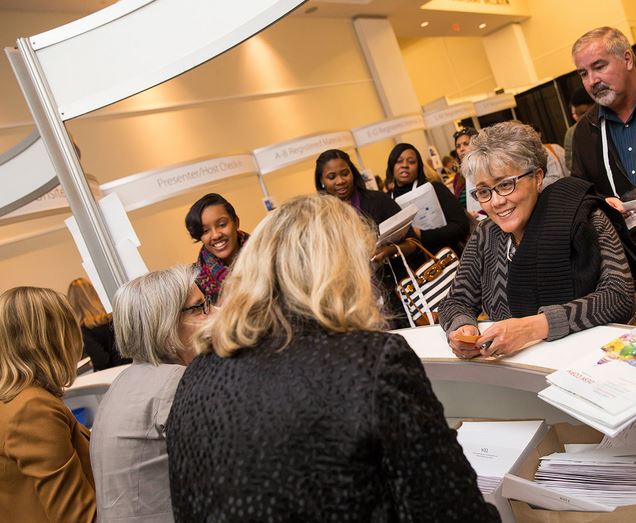 15. Do realize that you don’t have to be registered to just attend the panels and meet people; pre-registering off-site, in advance, is cheaper, sure, and there are always people policing the book display for name badges, not to mention that getting the conference rate on hotels in the city is linked to evidence that you’ve registered, but you wouldn’t be the first to creatively liberate a name badge from a friend to go check out the books. #notthatwearerecommendingthis

16. Don’t be afraid to just walk up to someone and introduce yourself — we’re all walking around reading the names on people’s badges and so, if you see someone you’ve read or who you’d like to meet, just go up and say hi, either in a hallway, after their session, etc. (Give them a little space in the bathrooms, though.) Bonus: don’t just talk about yourself. Ask then what they’re working on.

17. Do realize that not all receptions are created equal. Though we may complain about publishers’ pay-walls, capitalism’s profit motive might lead to some pretty nice spreads at their receptions — and, besides, it can be a free way to get a later dinner. 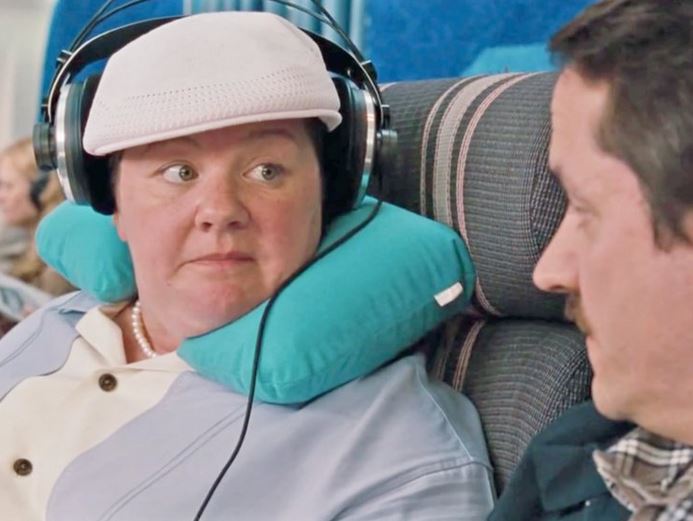 18. Don’t look at the program book on the flight there unless you’re willing to engage with the stranger beside you about what a scholar of religion does and doesn’t do. The public outreach is likely important, but, for some of us, “No, I’m not a minister…” will cross your lips more often than you might think.

19. Do recognize that you might get a free book if you tell the publisher’s rep that you’re considering using it for a class. But don’t abuse this power.

20. Don’t burn your bridges; for while the conference may seem like a big, faceless place, the field’s smaller than you think, and if you join it you’re going to keep seeing these people year after year.

One thought on “20 Conference Dos and Don’ts”