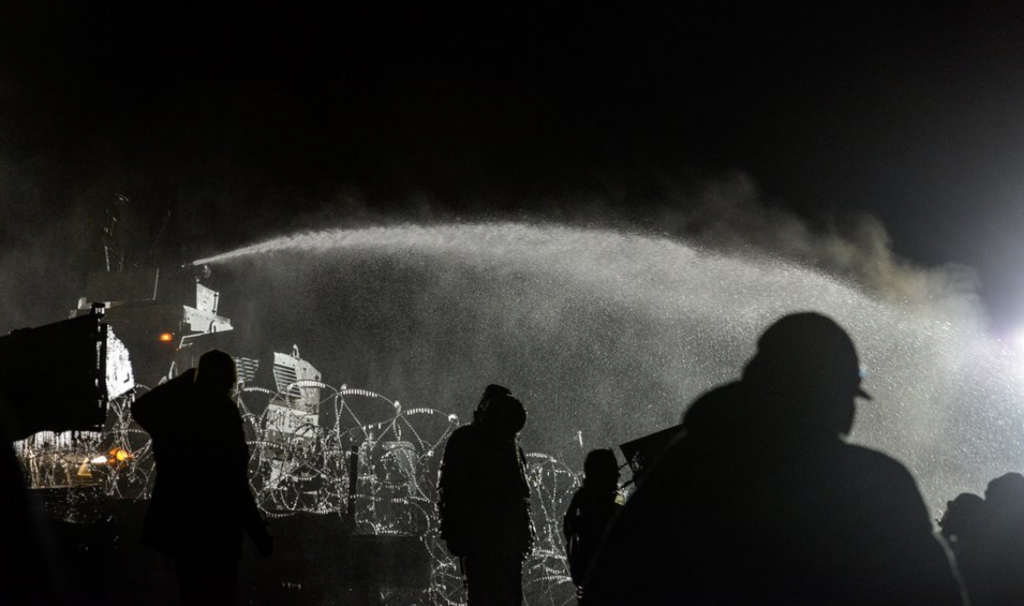 Anastasiya Titarenko is a junior majoring in Religious Studies. She has spent the fall semester interning for a non-profit in Wellington, New Zealand.

The First Amendment states that:

Congress shall make no law respecting an establishment of religion, or prohibiting the free exercise thereof; or abridging the freedom of speech, or of the press; or the right of the people peaceably to assemble, and to petition the government for a redress of grievances.

To start, who gets to decide what “peaceably assemble” means?

When approximately 400 Dakota Access Pipeline protesters organized at Backwater Bridge in North Dakota on November 20, 2016, they classified themselves as peaceful. They used non-violent tactics. They had no weapons. Two bonfires were reportedly lit at the gathering, but only to keep people warm in sub-freezing temperatures. According to their own classification, this “peaceably” assembled group should have been left alone. They should have had their First Amendment Rights protected.

But on the evening of November 20, protesters were doused with water in below freezing temperatures by police. Various reports suggest that police also used rubber bullets and tear gas against the group. Seventeen individuals were hospitalized as a result. The Morton County Sheriff’s Department justified their use of force by classifying the gathering as an “ongoing riot,” stating that protesters were “very aggressive.”

That language doesn’t sound very “peaceable,” now does it?

We live in a world where some classifications are perceived as more legitimate than others, and we see the consequences of this daily. When I misspell a word in Microsoft Word, it is underlined in red. Why? Because there is a set of “correct” and “incorrect” spellings created and enforced, and therefore considered legitimate. When I broke a household rule as a child, I was lectured by my parents. Why? Because I was taught that they were in charge, and what they said was legitimate.

I don’t make these comparisons to trivialize the classifications made at Standing Rock, but to demonstrate that the legitimacy of classification is something we face in virtually every aspect of our lives. Sometimes, the results are minuscule. But the consequences of classification at Standing Rock led to the use of violence against a group of people by police, as well as the distortion of the document that governs our nation.

As the Dakota Access Pipeline Protests continue, the stakes may continue to rise.