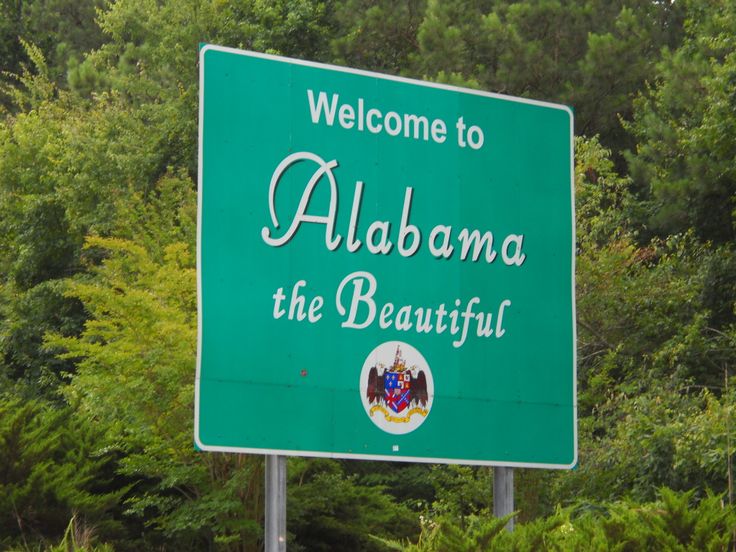 I’d be lying if I said I was never reluctant to identify myself by my home state of Alabama, but this was the first time in my life where that signifier took somewhat of a new shape. I was “the girl from Alabama” now. Where before leaving the state I may have casually enjoyed watching football games, occasionally said “Roll Tide” as a sign of approval, participated in the daily complaining about how hot it was as if it was somehow unusual, etc., it wasn’t something that I ever considered as part of my identity. In retrospect, it was likely because these were so common-place where I lived that to me — to us, I should perhaps say — it wasn’t seen so much as an identity-marker, but rather just part of the everyday. It was uninteresting — mundane, perhaps, in the sense that everyone in the Southeastern US likes, or is at least familiar with, football and saying “Roll Tide” is just part of the vernacular. In fact, it was something I likely tried to distance myself from, in a sense, to assert my individuality amongst a crowd. To me, these things were just part of my day-to-day life.

However, when I moved to Colorado, these formerly common-place ideas and ways of living were anything but that. These were now ways in which I could signify myself to others. In undergrad, students might likely identify themselves to other students by citing their undergrad major as part of their identity (e.g., I’m a religious studies major, but she’s a geology major). In grad school, it doesn’t work quite as well since the majority of people I know in Colorado were also religious studies majors. Because my former identification marker (i.e., I’m a religious studies major) was now the same as everyone else’s, I needed a new way to identify. Thus, I’m “the girl from Alabama.” In Boulder, I’m a die-hard Alabama Crimson Tide fan, I jokingly speak in a southern accent, I talk about my love of sweet tea (something I only very rarely drink), and so on. I find that I use it to mark my non-nativeness, “Well, where I’m from…” or “Back in Alabama…” Put differently, “Alabama” as a stable, coherent, identity marker doesn’t exist until I am no longer in Alabama. Otherwise, it’s just everyday life — when back home it has all sorts of variations, things change every day. It wasn’t an identifiable “it” when I lived there because it was any number of things: work, home, school, friends, daily errands. But now that I live in Colorado, a place where all of those run-of-the-mill Alabama things are a bit foreign, Alabama is now a definitive aspect of my identity. I’m an Alabamian. It’s my home.

When I lived in Alabama, though, I wasn’t “the girl from Alabama” because, of course, we were all Alabamians. If asked where I was from, I wouldn’t say “I’m from Alabama” — I’d instead say “I’m from Tuscaloosa.” Though, of course, I’m not actually from Tuscaloosa, but I lived there for several years during undergrad and also worked there for a year and a half post-graduation. So when I’m “home” from Colorado during school holidays, I inevitably end up posting lots of photos (perhaps too many!) of all sorts of things that I have come to classify as “home,” whether they are photos of nights out with friends or family, adorable (yeah, I said it) pictures of my dogs, or photos of the town in which I used to live and buildings where I attended school and worked — if you’re my Facebook friend, you’ve likely seen at least a few of these pics. Of course, more often than not, these photos — usually taken at my parents’ lake house in Alexander City, Alabama or when I’m out with friends in Tuscaloosa, Alabama — rarely take place in my hometown of Montgomery (the capital of Alabama).

Now, when I was in undergrad — and mainly the first couple of years — I did not identify Tuscaloosa as my home by any means. Whenever queried about where I was from, I would reference my hometown of Montgomery, often citing where I went to high school (Something my friends enjoyed teasing me about: “We get it. You went to LAMP,” they’d say.) But when I was in high school (at LAMP) — and now you likely see where this is going — I identified myself more by my job at YMCA Camp Chandler in Wetumpka, AL. Camp was home away from home, and I spent a good deal of time there. And when I was attending LAMP (see what I did there?) camp served as a way to distinguish myself among my peers.

Now back to present day: while all of these different “homes” certainly mean a great deal to me, they only became “home” the moment that I was not home. As I mentioned, my first couple of years in Tuscaloosa were away from home, until it became familiar enough to become home. Camp became home when I was away from my friends and familiar work. Now that I’m in Boulder, I’m “the girl from Alabama” — perhaps it’s because I say “Roll Tide” too often, or more than likely, it’s a way in which set myself apart and assert my own sense of individuality. I’ve certainly drank the Boulder Kool-Aid: I attend yoga classes and I even drink kombucha on a regular basis. For all intents and purposes, I’m very much a Boulderite — or at least I will be once I leave and go somewhere else. Like when I return to Alabama, if asked where I’m from, I say I’m from Boulder (is it worth noting that I actually live in Louisville, CO?). That is to say, that “home” is not a definitive place that we notice — it’s just part of the everyday, until the everyday is different and we find ourselves disconnected and in unfamiliar territory.

By identifying myself against my current location or occupation, wherever and whatever that may be, I’m not only attempting to distinguish myself from my local peers, but it’s a way for me to feel like I’m somehow still a part of my group of friends who all still live in Alabama, went to LAMP, or worked at camp. I’m more of an Alabama fan in Colorado than I ever was while attending UA — but in dressing up in all of my Alabama gear every Saturday during the fall semester, I can create the sense of still belonging to one group of people while asserting my individuality amongst another.