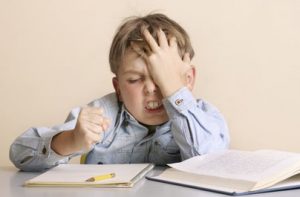 It’s that time of the semester: final essays. But before you mash the
print button or send that paper to your professor, you should take a
quick look at this writing advice from Prof. Matthew Bagger. Prof.
Bagger gave these tips to his REL 360 course but they are helpful for any papers you may have coming due this semester.

“If there’s anything [God] hates, it is… oozy writing.”

A good persuasive essay presents a cogent and compelling argument with clarity, elegance, and verve.  The following guidelines should help you craft an effective essay.

Note: Apart from its use in quotations and examples of what not to do, the verb ‘to be’ crops up exactly once in these guidelines.  Did you notice its cameo?  (Hint: New York Yankees all-time hits leader)  Why does ‘to be’ put in an appearance at just that point?  Let these guidelines serve as an example to convince you that you can dispense with ‘to be’ at will.  Use it with discretion.