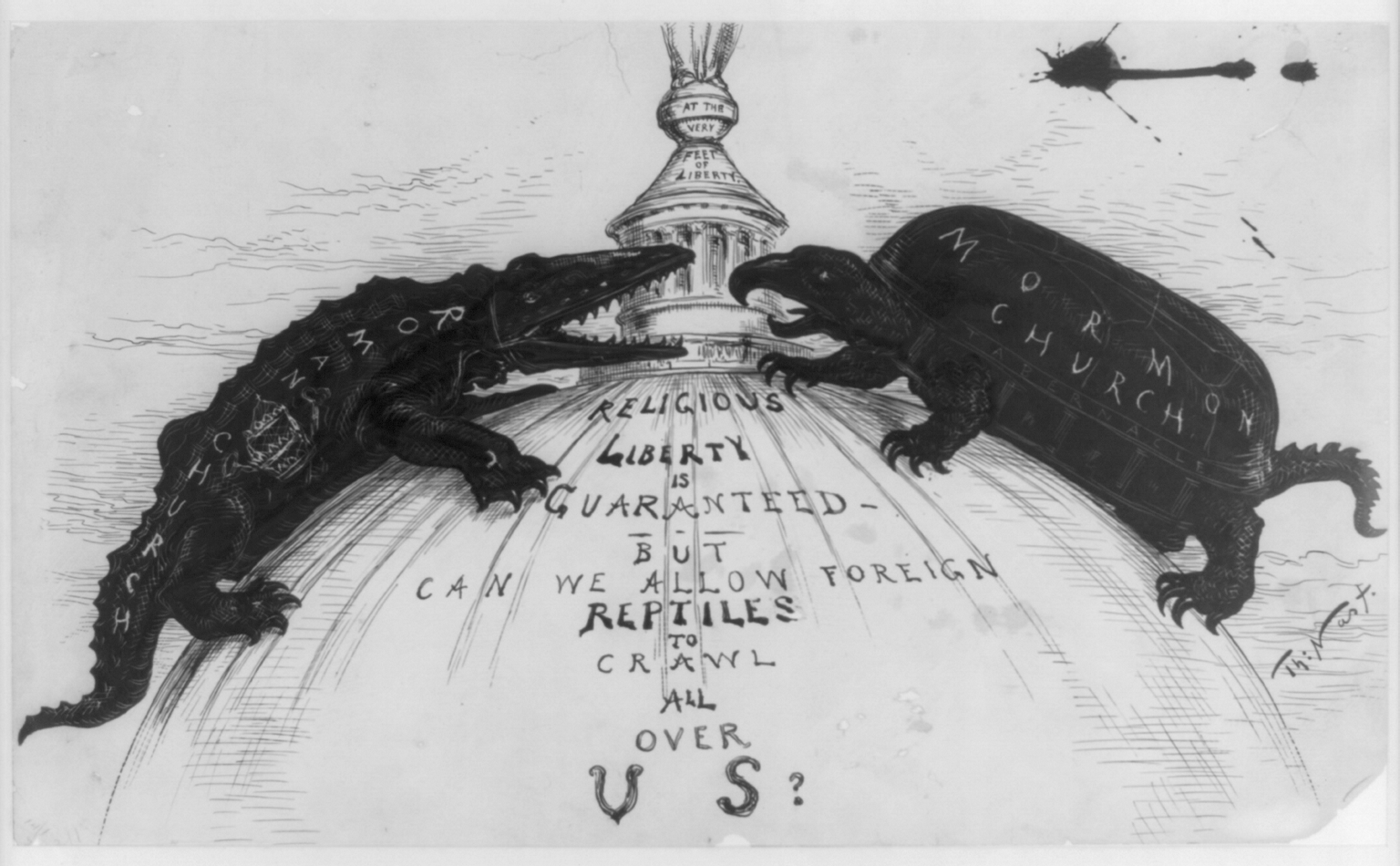 For example, early in the course we read the trial of Anne Hutchinson, a Puritan woman kicked out of the Massachusetts Bay colony in 1637. There was no separation between the church and the government in the colony, so when Hutchinson challenged the theology and authority of the male clergy in the colony her dissenting religious opinion was also political. Ultimately, Hutchinson fell back on the rhetoric of freedom of conscience to defend herself.  “Now if you do condemn me for speaking what in my conscience I know to be truth I must commit myself unto the Lord,” she said before governor John Winthrop ruled that she should be banished from the colony. In order to maintain social order and protect the authority of the church-state, the unruly conscience of Hutchinson has to be expelled.

But that was back in the days of the colonies, right? Then came the whole Revolution and Constitution and Bill of Rights that ensured freedom of religion, right? Well, sure. But the First Amendment is a pretty short text for such a big idea:

Congress shall make no law respecting an establishment of religion, or prohibiting the free exercise thereof;

What were the limits of of establishment? What was free exercise?

One of the first major tests of these limits came in 1878 in a Supreme Court case: Reynolds v. United States. The question at hand was whether the federal laws against bigamy should be applied to Mormons whose religious beliefs called them to practice polygamy. The bigger question was, can the government stop someone from practicing an illegal religious practice? If I believe something is my religious obligation, can the government stop me?

The short answer is yes. As the court ruled:

In our opinion, the statute immediately under consideration is within the legislative power of Congress. It is constitutional and valid as prescribing a rule of action for all those residing in the Territories, and in places over which the United States have exclusive control…Laws are made for the government of actions, and while they cannot interfere with mere religious belief and opinions, they may with practices. Suppose one believed that human sacrifices were a necessary part of religious worship; would it be seriously contended that the civil government under which he lived could not interfere to prevent a sacrifice? Or if a wife religiously believed it was her duty to burn herself upon the funeral pile of her dead husband; would it be beyond the power of the civil government to prevent her carrying her belief into practice?

Notice how the judge here, Chief Justice Waite, separates out religious belief (what Hutchinson called her “conscience”) from religious practice. Religious freedom thus came to mean that you could believe whatever you wanted, you just couldn’t do whatever you wanted. The government held on to the right to govern practices (e.g. no human sacrifices), whether deemed religious or not.

This ruling offers one example of a larger process that happened in American culture from the colonial period to today. “Religion” came to be understood as something internal. Americans imagined an internal place in the person where “religious beliefs” resided.  One has, as people often say, “deeply held” religious beliefs. In this view of religion, it is something one possesses within oneself (the same holds for synonyms like “faith,” “experience,” and  “spirituality”) that then affects actions or identity on the outside. I believe X so I do Y. But, as Reynolds argued, a citizen doesn’t necessarily have to do what they believe. There’s a space there and the government has the power to act within that space between internal belief and external action.

Thus, dissent could be managed. Dissenting beliefs could be kept safely inside the citizen, without necessarily leading to action. As the Reynolds decision claimed, the government can limit, suppress, and discipline action without tampering with internal religious belief.

But, also like in Reynolds, sometimes these internal religious beliefs and their attendant identities themselves become a problem. As our class saw this semester, the limits of religious freedom also meant limits on who could claim religious freedom (who decides what is a “religious belief?”) and who could claim to be American. As the late 19th century cartoon at the top shows, Mormons and Catholics were not granted religious freedom by many in the Protestant American majority. Similarly, in the late 19th and early 20th century, Chinese and South Asian immigrants found themselves excluded from citizenship and immigration because of both racial and religious difference (see the headline from 1913 and the cartoon below from the 1870s). Slaveholders in the antebellum American South did not believe African American slaves had a conscience or the capacity for genuine religious belief and so they often banned them from religious practice or only allowed them to attend white churches where their practice could be surveilled. In 1939 a ship full of Jews were turned away from landing in the United States as they fled Nazi Germany. Whenever those internal religious beliefs are considered dangerous, those holding them must be kept out. 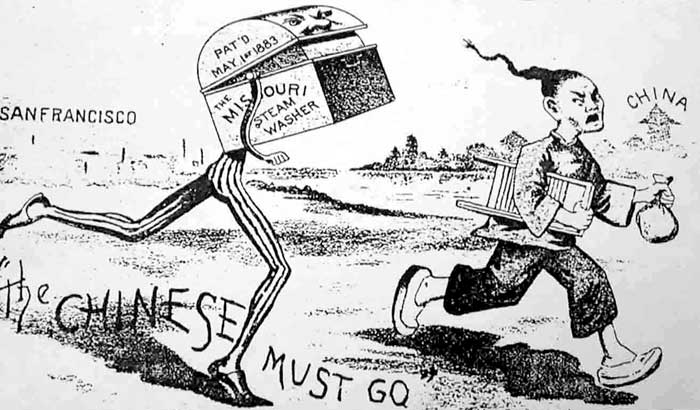 The story of “religious freedom” in the United States, then, is not so much about religion as
it is a story of conflict, power, and exclusion. Religious freedom has always been about the limits of that freedom and the argument and struggle over who gets to claim that freedom and who doesn’t. It’s been a story of who gets included in the nation and doesn’t. At various points in history, Mormons, Catholics, Hindus, Chinese Buddhists, and African American Christians have all been considered too dangerous to be granted inclusion in American religious freedom. “Religious freedom” in America is therefore an argument about who gets to have power and authority (Hutchinson or the clergy, Mormons or the Protestant establishment) and who gets to claim to be “American.”

A quick scan of my Twitter timeline tells me this argument is still with us today.

Again and again, since the founding of the United States, Americans have said:

Religious liberty is guaranteed but…