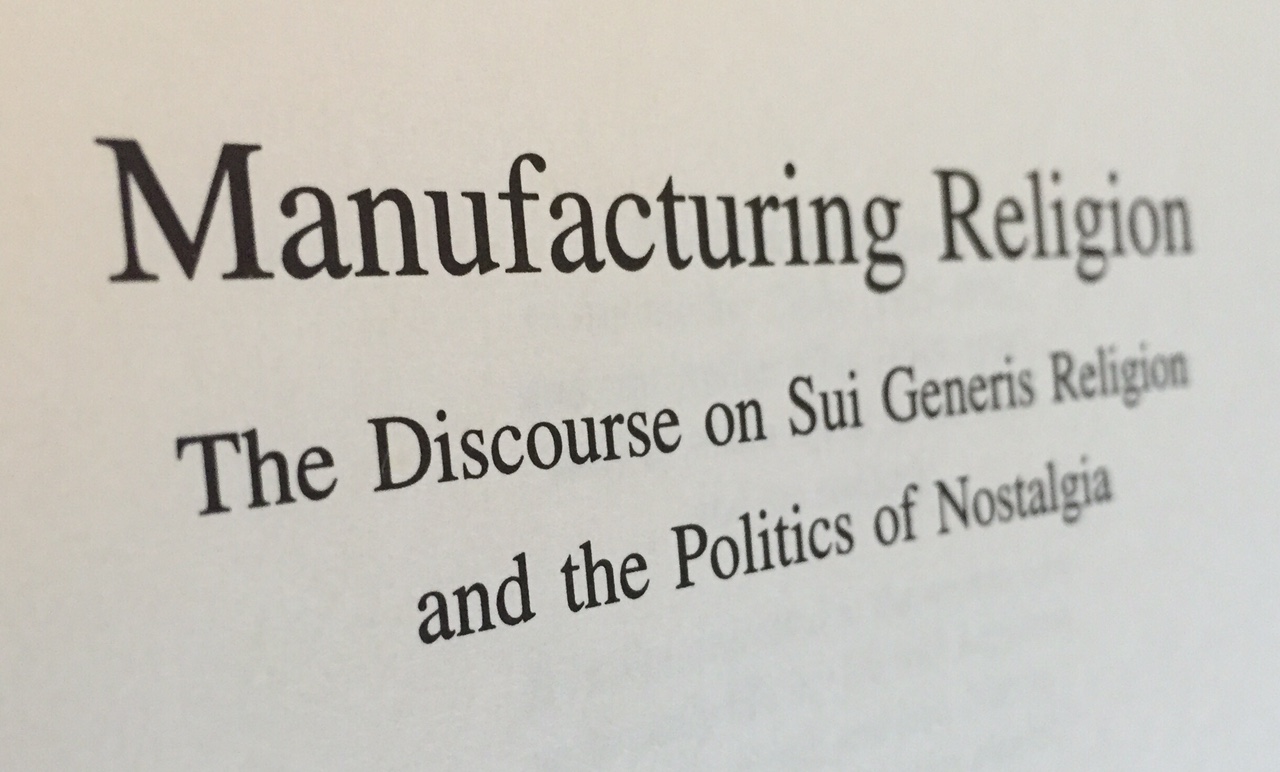 A grad student elsewhere in North American recently contacted me to say that my first book, Manufacturing Religion, was on their class’s reading list and so asked if I’d answer a few questions in advance of their discussion on the book.

So the other day I received several questions, which I’ve just answered by email; and the curious thing to me was how many of them focused on the controversy that surrounded (and perhaps still surrounds) the book and its reception, such as the first question that was posed to me, reproduced below along with my answer.

Q. Were you surprised by some of the specific reactions Manufacturing Religion elicited in your peers? Were you disappointed by some of the more personal attacks on yourself as a scholar (I am thinking of the one reviewer who called your work “ignorant mischief“), or did you anticipate this reaction prior to publication?

A. No, not surprised — that is, I think I certainly expected a rigorous reception but the manner in which it got personal, really quickly, confirmed for me that I was onto something. That is, if your interlocutors have no choice but to call you names in reply to your argument and the evidence you provide, well, then I think you’ve struck just the right nerve. That no one in the field accused such reviewers of unprofessional behavior is the other interesting thing, of course — it suggests to me that the argument (i.e., that there is an institution-wide problem in the field that stretches across all levels of training) also holds, for the majority of members of the field seem incapable of entertaining that the study of religion could be done otherwise… So no, I didn’t anticipate it and it’s hardly fun to see the people who, for example, cite you being accused of doing unoriginal work (as opposed to just being seen as, say, members of a school of thought or whatever it is we call like-minded groups we agree with); but for those tackling a critical study of their own peers this is to be expected, I guess — when people don’t like the light in which they are themselves being portrayed. Name-calling is the dead give away. So sticks and stone, and all that…