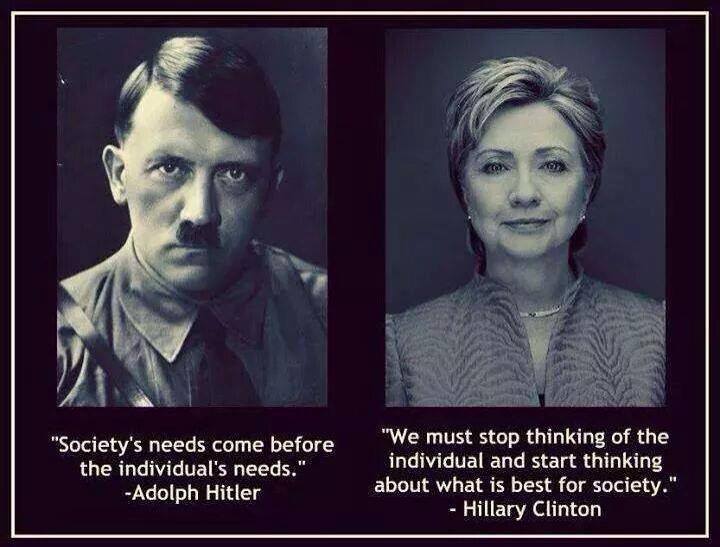 Khara Cole graduated from The University of Alabama in 2013 with a double major in Religious Studies and Public Relations. She currently lives in Chattanooga, TN working as an Associate Product Manager in Marketing/New Product Strategy for BlueCross BlueShield of TN.

If you’ve been on social media at all recently, you might have come across the image pictured above originally posted by a far right conservative group that’s been shared countless times across Facebook and other social media sites. When I first came across this terrible comparison, my critical thinking senses immediately kicked in and I thought why in the world would anyone ever compare these two figures, and what are they trying to say? Not only is this image devastatingly offensive to several communities, it was blatantly obvious that there were major political and totally uneducated implications behind this comparison as well, and I wanted to think it through.

After I first gasped at the sight of these two images side by side, I began to read the quotes at the bottom of the image. Hmm, okay society first, individual second; doesn’t seem too crazy to me. But to begin deconstructing these “quotes” we’d first have to assume that these people actually said this, which if I know anything from studying historical figures, they most likely did not say these things and if they did, it was certainly not in the context that’s being used for this far-reaching comparison. But let’s put that aside for now and just indulge ourselves with the idea that maybe they did say it. And in that case, could we not find countless other historical figures to compare Hillary to that essentially said the exact same thing that didn’t also brutally murder 6 million people? Come to think of it, if my old Sunday school memories serve me well, does the Christian Bible not say something similar to this, serve others before yourself?

Sure enough, Philippians 2:3 (NIV) conveys that same idea in stating, “Do nothing out of selfish ambition or vain conceit. Rather, in humility value others above yourself.” Again, we still need to keep context in mind when comparing any type of quotes, but I think you all see what I’ve done here. So I wonder why this far right conservative group didn’t use this quote paired with a picture of Paul next to Hillary instead of Hitler. Psych, we know exactly why they used Hitler instead of anyone else. To use any other countless historical figures that suggested we should put others or society first before ourselves (if they really did say that) would blow the Hillary is bad/evil implication totally off course; therefore, instead of portraying Hillary to look like a saint, they’ve made a terrible pass at making her look like a tyrant.

With all of that said, it’s inevitable that we will all come across these types of incredibly nonsensical social media posts; but isn’t it fun to exercise our critical minds and challenge these silly notions? I sure think so. So here’s my thanks to all the social media trolls of the world–keep posting stupid things and I promise to keep challenging you to think just a little bit deeper about them.