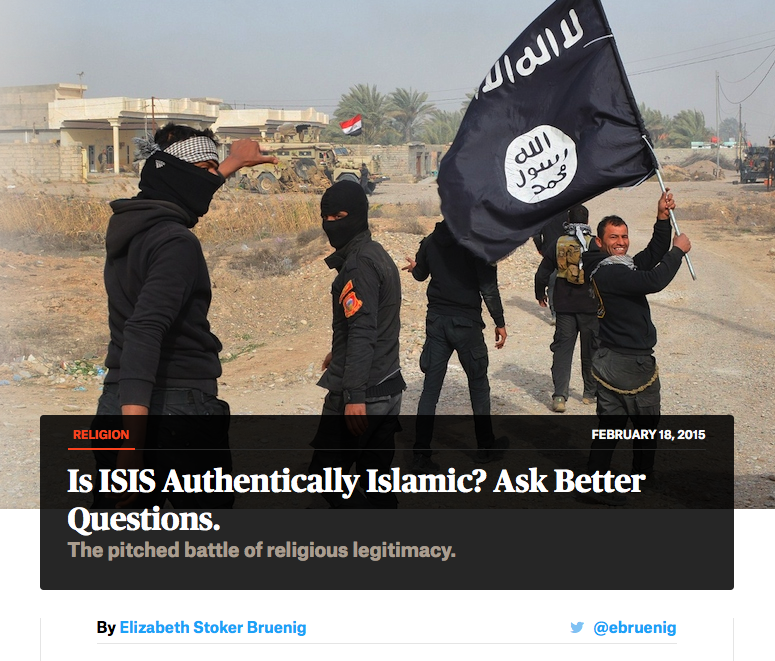 Case in point: take the above article, posted just days ago. It deviates in significant ways from the rhetoric that was mobilized immediately after the 9-11 attacks, in which the legitimacy of the attackers’ religion was quickly called into question, thereby creating a zone of peaceful and tolerant Muslims who were seen as safe and who were thus differentiated from those who were quickly turned into enemies and thus targets.

There’s likely no better example of the earlier approach that Karen Armstrong’s piece in Time magazine, published just days after the attacks back in 2001.

Drawing on the familiar rhetoric of “hijacking Islam,” that piece concluded as follows (click to enlarge the quote):

We still hear this way of talking often enough, of course; the other day President Obama trotted out the distinction between authentic and inauthentic Islam. (Click the quote to read the article.)

(A decade and a half ago his predecessor in that office talked the same way on many occasions, as did then British Prime Minister of Tony Blair.) But what’s curious is that there’s now a backlash against this simplistic (or so the critics might now say) way of framing things — not from the far right (where it isn’t difficult to find people demonizing all of Islam and thus comprised of people who would contest the notion that any form of it is somehow peaceful and thus more authentic) but, instead, from the far left. So we now find commentators who call such representations for what I think they are: an attempt to manage the hectic economy within any social group, where social actors with competing interests vie with one for the right to speak on behalf of the larger group, all in an effort to authorize a norm by creating its illegitimate, out-of-bounds margins.

As I recall, there weren’t a lot of people adopting this alternative approach to the rhetoric of authenticity a decade ago, which is why I tackled this very topic in a little book back then. For what I mostly saw around me were scholars and politicians all racing to pick who counted as the orthodox instead of being interested in the motivations for, and practical implications of, that selection process itself.

But now this shift — though certainly not happening in the White House’s corridors — is far more common. Case in point, a wonderfully insightful blog post on this very topic, in which a Florida State doctoral student, working in the study of religion, had a keen eye to spot the issue being worked out in an MSNBC broadcast that commented quite critically on the President’s characterization of one form of Islam as inauthentic. (Click the following graphic to read Whitley’s post and also to watch the segment of the TV show he discusses, or go here for his follow-up post.) 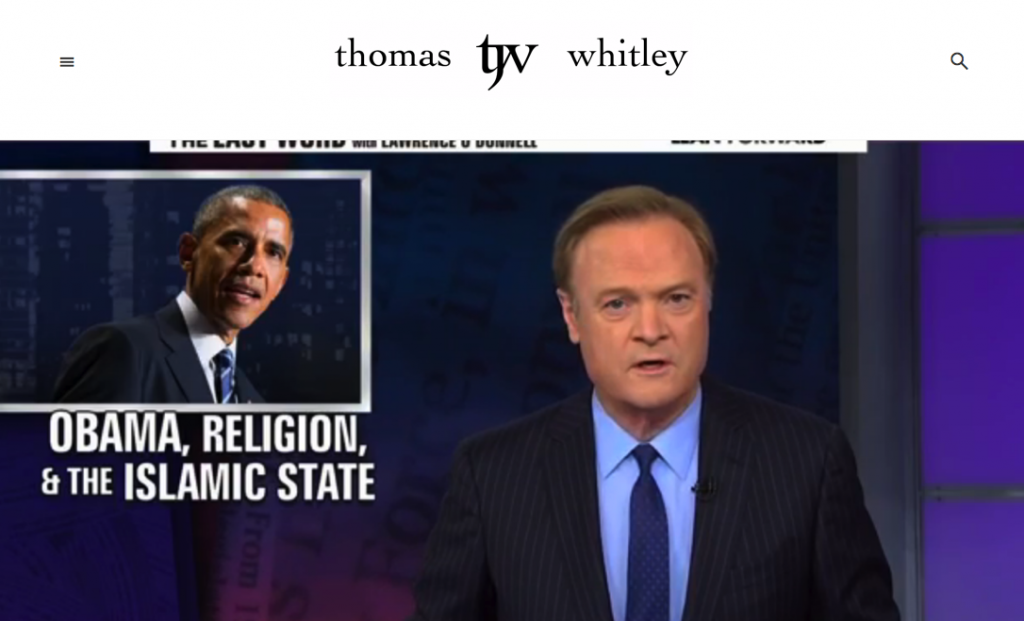 So what’s curious here is how this sea change happens — how does knowledge about the world move, what takes place within those institutions we call the university, the media, government, etc., what are the lines of communication between them, and what different practices become possible in light of such categorical shifts? What results when those with whom one (sometimes vehemently) disagrees are not dismissed but, instead, understood by you as legitimately the thing they claim to be? Better yet, what happens when we begin to understand those abstract things we call social groups (from families to nation-states) to be comprised of innumerable sub-types, whose memberships are sometimes quite fluid, and some of which exist side-by-side quite comfortably while others can be violently mutually exclusive? Does such an understanding of social formation paralyze the sometimes bold actions we decide that we need to take or does it lead to rather different, perhaps better, outcomes?

How, to phrase it simply, did we get to the point where we find blogs that now call into question a decades old rhetorical, representational strategy?

The blog post from The New Republic, from which I borrowed the opening picture, was written by Elizabeth Stoker Bruenig, also a Ph.D. student in the study of religion (but at Brown University). In part, her piece argues:

While I don’t buy the notion of “religion in the public sphere” (inasmuch as it strikes me as being based on the assumption that there are times when it is not; that is, it often assumes that the thing we call religion is a secondary expression of some primary thing called faith or experience, which is somehow pre-social and thus private — itself a classically liberal presumption, I’d argue), I’m nonetheless fascinated that we now find such critiques of authenticity claims.

How that shift came about and what it might mean for public policy would be a great project to dive into.

Whether we ever get to the day when we no longer feel compelled to understand human actions of any sort in terms of so-called religious motivations and expressions — no matter how wide and varied that continuum might be — is, of course, an entirely different question.