Lately I’ve been paying some attention to studies of the so-called paranormal or the non-ordinary — this recent podcast for example. For these seem to be fairly recent categories that are growing in popularity among scholars of religion; given the critiques that have been leveled at the category religion over the past few decades, it appears that what many of us might have once called religion or religious experience is now just being classed among an even larger group of curious things — such as “special things,” as Ann Taves does — all in contradistinction to the normal or the ordinary.

What bothers me, though, is the unstated, and thus unexamined, manner in which this focus on the non-ordinary actually makes it possible for us to imagine a certain sort of thing as normal; it’s a normalcy that, under closer inspection, turns out to be pretty exotic itself — which suggests to me that the terms ordinary and non-ordinary, like normal and abnormal, tell us little about the things so named and much about the namers and the sorts of worlds they’re trying very hard to take for granted.

Case in point, consider intentionality. It’s a perfectly normal thing for me to presume that you and I both have this inner drive called intentionality, right? Or, as I’ve pointed out in the past, it’s utterly commonplace for English professors to ask their students:

“What did Shakespeare mean when he wrote…”.

But if you stop and think about it for a moment, the sort of mystical clairvoyance that it takes to answer that utterly mundane question is downright staggering. But — and here’s the important part — it’s completely normal to assume that we can indeed answer this question with little effort (heck, a good part of our legal system is premised on the ability to ascertain motives; the other part of it is based on the no less mystical idea of ownership…) and no one would ever confuse taking a stab at figuring out either my or Shakespeare’s intentions, on the one hand, with, on the other, the magical thinking that we find in, say, a 19th century seance. 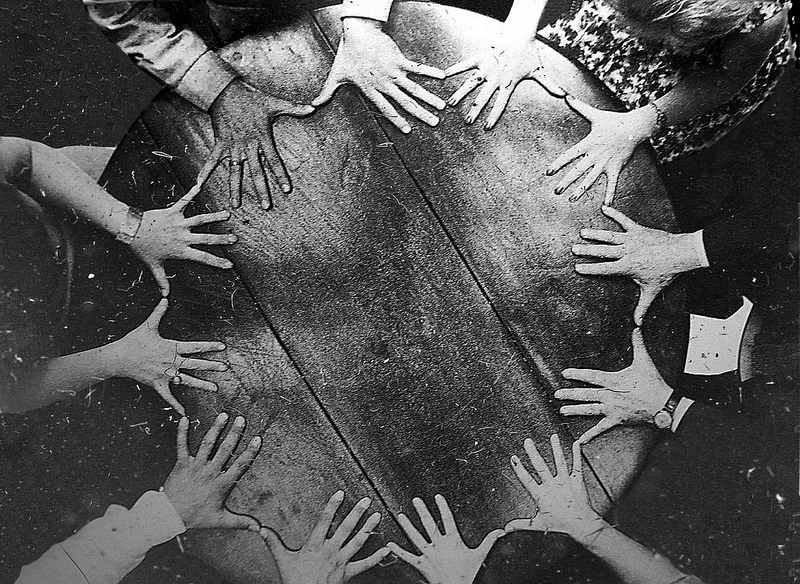 My point? The so-called normal is pretty weird and spooky and special and counterintuitive…, if you look at it the right way. So what categories like non-ordinary do is that they allow a specific us to gather up what we and we alone find to be shocking or bizarre or out of the ordinary, thereby preventing that same us from ever looking at our own starting point, the normal, in any way other than as taken for granted, as uninteresting, as just the way it is.

Perhaps there will come a day when saying something is “non-ordinary” will be heard as little different from making claims about some place called “the Orient” — both being ways to normalize a local that’s pretty interesting in its own right. And perhaps there will come a day when people who study Spiritualism will also study intentionality. But until then we probably have to keep our eye on who it is that gets to distinguish what’s ordinary from the bizarre and the sort of world that results when paying attention to this and not that.