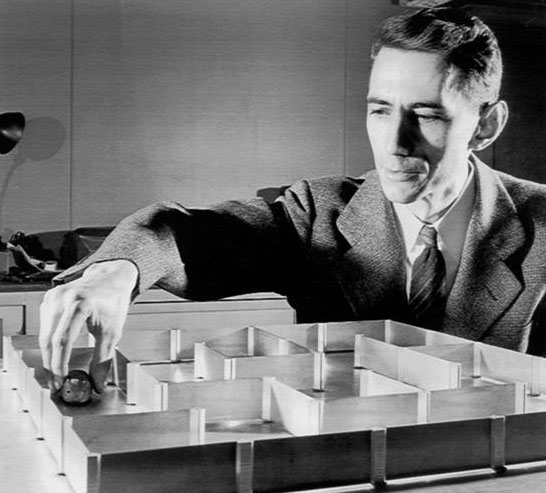 It’s an old story, of the blind men all feeling the elephant but, lacking access to the big picture, they fail to understand that what they were touching was beyond the part they each happened to be grasping — say, the skinny tail, the long trunk, or the floppy ear. The story is told to convey a religious pluralist’s claim that the whole (played by the elephant in the story) is beyond the mere parts that we (represented by all those conflicting blind men) each experience.

But it occurred to me the other day (after seeing the tale critiqued online) that there is a deep irony to this story, for it is often used by those who strongly criticize scholars who study religion as nothing more or less than a human event, for — or so it is argued — such a reductionistic approach fails to respect or take seriously the experience of the participant, the insider, and thus doesn’t give sufficient attention to the realness (to them, at least) of what the people we study claim and report. But the irony is that this story only works if you presuppose some omniscient narrator who transcends history and thereby operates well outside the human condition (i.e., once again, the situation of those groping people, each irretrievably stuck in their own skin). It is a story of complementary viewpoints premised on not taking the situation of the person-on-the-ground seriously, for in the midst of their claims of difference (“It’s a great sturdy tree…,” says one, to which another replies, “No, it’s a long snake,” and so on, and so on), the narrator, from a position well removed from any of their perspectives (the only one who, apparently, truly sees what’s what), knows it’s all one elephant — that’s the only way that the listeners of the tale know that sturdy tree = leg, and so on, and so on.

And so, despite long offering this critique of the tale, it only then occurred to me how dramatically similar the story’s teller is to a lab-coated scientist watching mice in a maze — the very sort of image those who use this tale would surely critique for it’s cold-hearted distance from the realness of the participant’s world. Yet this is the very viewpoint, the very stance, needed for the story to work, for it is premised on a viewpoint that has no interest in taking competing claims and discrete situations seriously; instead, it eagerly inserts a knowledge claim that trumps all participants, a claim from nowhere, one that is based on the premise of an observer floating above the fray.

So what amazes me is that this story doesn’t get criticized for how it naturalizes a detached, disconnected, and, let’s be honest, rather elitist view of the world — a view in which only some of us float free of the constraints suffered by others and thereby know what’s really going on.

So I posted this on Facebook, to which a friend replied:

— nicely driving home the point that, despite what the tale and its tellers may claim, it is viewpoint and situation and interest all the way up and all the way down. It seems to me, then, that the debate is not over who really knows what’s going on but, rather, which stance and what interests are relevant to which situation.