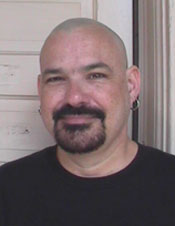 What to say? What can I say? Many people speak about their mentors in this way: he taught me everything I know about such-and-such-a subject. In Tim’s case that would be a lie. He did not teach me everything I know about the subjects he taught. Not even close. Tim did something better: he taught me how to read those subjects that interest me, and that, in my view, is a far better gift. He showed me, first, that to read is a verb—an active process by which you make the text your own. That is interpretation, and he always said that interpretation is the main way that we, as human beings, deal with the world around us. Of course, Tim also taught me the basics: the main authors in the subject of 19th and 20th century Religious Thought. He taught me who they were. He contextualized them—even encouraged me to read some of them. But I never had his skill at grasping and elucidating the philosophical points behind them. For that, his lectures were indispensable.

He taught me theory. Historiography, social theory, cultural anthropology—his familiarity with these various theoretical positions seemed endless. As an aspiring scholar of Christian Origins, I once asked Tim, “How do you do history once you’ve learned theory?” His reply was as simple as it was elegant: “You change the questions that you ask.”

As for his theory? Well, he told me once that he wanted to know if he was “wrong”—and admittedly, he said, there are many heuristics by which he could be wrong. If he was “wrong,” he wanted to know it, but he also wanted to know why he was wrong, and by what criteria one could have adjudicated his “wrongness.” He wanted to know why he might have been wrong, so that he might adjust his analyses accordingly. He thought there was nothing worse than defending a theory just because it was “his,” and often said that if “poststructuralism” could be proved wrong, he’d abandon it in a minute. He never seemed to think his theoretical position was “true,” only that it was “useful” for the kind of studies he was doing. To me, that remains an important lesson: theory is only as useful as you make it, but never wed yourself too closely to one theory—that might prevent you from learning something profitable from other theoretical views.

Tim taught me at least two things about theory. First, every theory has its limits. Second, the trick is to know the difference between what a theory can do and what it can’t.  You should never throw a theory in the dustbin just because it can’t do certain things—no theory can do everything. One should use a given theory to its strengths, for specific projects and purposes.  If one has other purposes, or other projects, one should use a different theory. Tim was very clear that he never intended his constructive theory of religion to explain all of the history of religion, but only those texts which he stipulated as exempli gratia—in other words, he viewed theory-building as an experimental process, in much the same way as a microbiologist will only look at some microbes and not others during any given experiment. I am convinced that if there ever is to be a “science” of religion, it must also follow this process.

I leave you with a quote from Tim, which—though he never gave me permission to share it—I am sure he would not mind being made public.

Theory, discourse, thought—none of this can be owned.   “The stronger argument should prevail over the weaker argument.”  Socrates said that ca. 2500 years ago: the game hasn’t, in many ways, changed.  Ownership of knowledge, knowledge-making institutions, of theory, of discourse (regimes of truth, as Foucault called them; and the military element of “regime” [regiment] was quite deliberately and explicitly chosen), and the related trope of an a priori protected identity from which one speaks but at which one cannot be critically addressed, is the out-right enemy, in most cases, of that basic, Socratic principle.  (April 16, 2008)

Let us learn to address those regimes of truth, through critical, theoretical, and—above all—scholarly means.

We miss you, Tim.