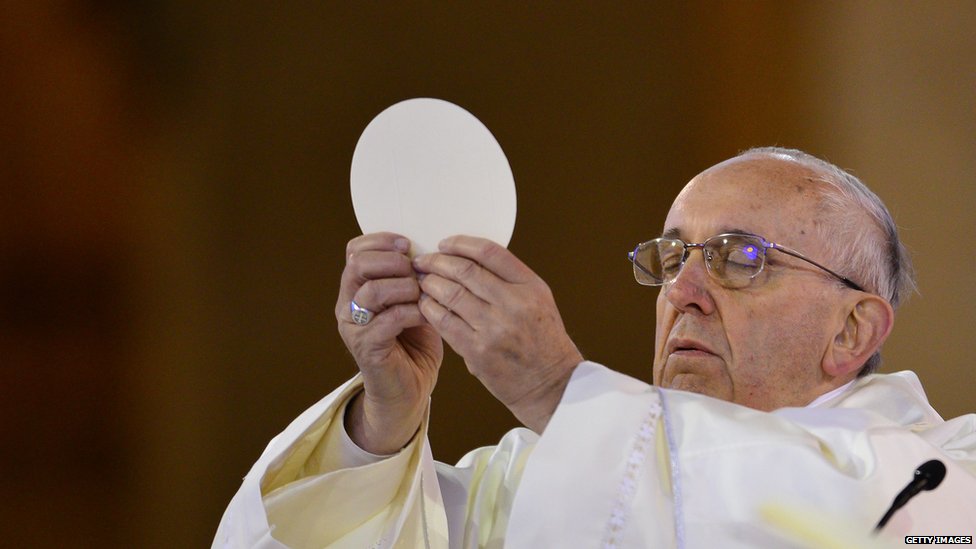 My argument was that there’s a specific set of practical, social, and political implications when you try to protect any domain of human life from analysis using the routine tools of scholarship — kind of like how we all know what’s going on when everyone in the organization is subjected to routine annual performance evaluations except the one in charge.

Exemption has its privileges.

The interesting thing that I saw happening, once the book was published, was the effort to link my critique specifically to a criticism of the work of Mircea Eliade — undoubtedly the most well-known US-based scholar of religion of the mid- to late-20th century. For although only a couple chapters were on his work, specifically using it as an example of what I argued was a far wider trend — seeing him as representative, hardly causal — successfully portraying my critique as being all about him allowed a number of people to retort:

“Well, no one reads Eliade anymore…”

as if that protected them from the critique I made about how I think our entire modern field works.

I was reminded of this when news stories appeared this past week on the Pope apparently calling a woman in Argentina to talk over Catholic policy on divorce and communion. Read the story here. 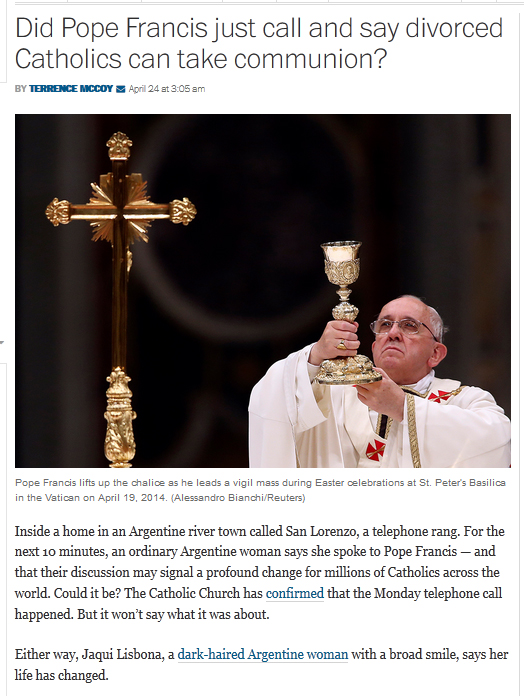 What I find so interesting is not that this is big news but that some scholars of religion, at least on Facebook, seem to think it is big news. For, at the end of the day, this is a story about a private, voluntary association’s internal quibbles about its initiation practices and membership benefits, no? Oh, and the authority of its appointed leader — whether to make calls or set policy on his own. That is, if you strip away the participant’s own (quite understandable, of course) presumptions that there’s something about those aspects of the human that we name as religion that is unique and self-evidently important — in a word, transcendent — then we’re left with a pretty mundane story about an admittedly very large (and therefore, yes, very diverse) private association and its members-only rituals.

Why that is headline news around the world is clear to me — after all, there are no doubt many members of this group, scattered across the glob, who have significant investments in who is or is not allowed into it, in full standing, as it were. But why is this news for scholars of religion? After all, there’s no doubt all sorts of members-only voluntary associations out there today — from the boy scouts to bowling leagues, frats and sororities, to who knows what other groups (maybe trade unions or book groups? What about fan clubs and fantasy football leagues?) and we, as scholars, don’t worry so much over how they police their group membership — do we?

This is the discourse on sui generis religion in action.

The very fact that so many scholars just know that this is a story worth following, worth paying attention to, worth commenting on, and that they’re likely just a little offended (the right word, I think) that I compare what is so obviously a religion to, say, an after-work pick-up softball team (inasmuch as both are in-groups which develop a variety of means to police their limits by adjudicating membership rights, while also determining what perks come with that membership), is evidence that something is at work to ensure that this one all too human institution appears to us as something a little more than just human, just historical, just happenstance.

After all, exemption has its privileges.

So if you want to see the discourse on sui generis religion at work, don’t worry about reading Eliade, and don’t think its something removed from us by a few academic generations; just peruse Facebook or the newspapers.

2 thoughts on “Membership Has Its Privileges”