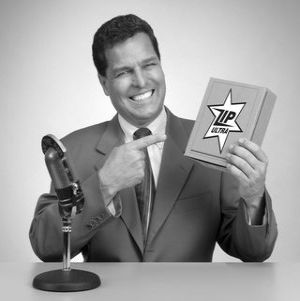 I recall a conversation I once had, some years ago, about the possibility that our department might try to hire someone who worked on Asia, i.e., that we had submitted a proposal for such a position, but, of course, who knows if we’ll get it. The person with whom I spoke, who did his own work on Asia, replied, a little incredulously, that of course we’d get the position, no? After all, consider how important Asia is to understanding world history and global politics! The administration had to understand this, right?

I recall answering by saying something about how every Department on campus surely had a number of self-evidently important areas that were likely not being covered as each Department thought they ought to be — that is, if the administration gives out positions based on how important the subject domain or topic is, in the view of this or that Department, then they’d run out of money pretty quickly, because it is all important to someone. So, as I went on to suggest, my guess was that, instead, they’d be giving out positions based on a number of other criteria, criteria important to the administration and where it was trying to send the university, such as: how many students were being taught by a unit or its number of graduates, whether units were collaborating with each other on new hires, whether the hire would strengthen an already recognized specialty on campus or send campus in a desired direction, maybe they’d decide based the student:teacher ratio, class sizes, or in order to follow the recommendations of the last external review the unit did, or maybe even based on helping out the units that needed new faculty last year but which, for whatever reason, didn’t get a hire then, etc.

That is, the importance of the subject area didn’t help us much when everyone knew their own specialty to be essential.

My point? In my experience many academics lack the ability to persuade those who don’t happen to share their interests — members of the administration? colleagues in other departments or fields? students? legislators? the public at large? — as to the precise reason why their research should be considered necessary or even relevant. Instead, for whatever reason, they all too often simply assert its importance, presume its relevance, and feel rather put upon if someone asks them to justify their position or their work. The assessment initiative of the last decade — in which state legislatures, national credentialing agencies, and the feds have all taken a great interest in how we know that our students are learning in our classes — counts as one such (at least to this way of thinking) intrusion and virtually any budgetary decision by the administration based on anything but agreement with a faculty’s own internal priorities would surely count as another.

I find scholars of religion are often particularly bad at this, for our object of study is generally presumed by so many of us to be self-evidently meaningful and important — it’s religion, after all. But given that so many in our culture think it to be a self-evident, ever-present aspect of the human, it’s all over campus, in almost every Department, making it a bit of a challenge, sometimes, for a Department of Religious Studies to stand out when it comes to getting its share of resources. After all — at least on our campus — the Art Department studies religious art, the History Department studies the history of Christianity, the Anthropology Department offers the anthropology of religion, the Classic program offers courses on Greek and Roman religion, and the Philosophy Department owns the philosophy of religion. While we likely can’t offer calculus courses in our Department, no one questions religion being in everyone else’s curriculum.

And this is the situation in which a Department of Religious Studies often finds itself — apparently everyone’s an expert in what we consider to be our own domain. While one might try to change this by somehow policing what counts as the study of religion across a campus, my guess is that learning how to work within such a situation, trying to achieve goals of relevance to your own unit despite the prevalence of your own subject matter in other courses, is a far wiser strategy. For while I’d not want to suggest that we’re hucksters in the business of selling used cars, I do think that it’s takes a little chutzpah to achieve this, something that comes rather more naturally once you realize the hubris that allows others simply to sit back and presume that everyone else just ought to know how important, how singular, how valuable their work was.

I’ve based my title on a little sign I once saw on the wall
in Jonathan Z. Smith’s office in Harper Memorial
Library at the University of Chicago.