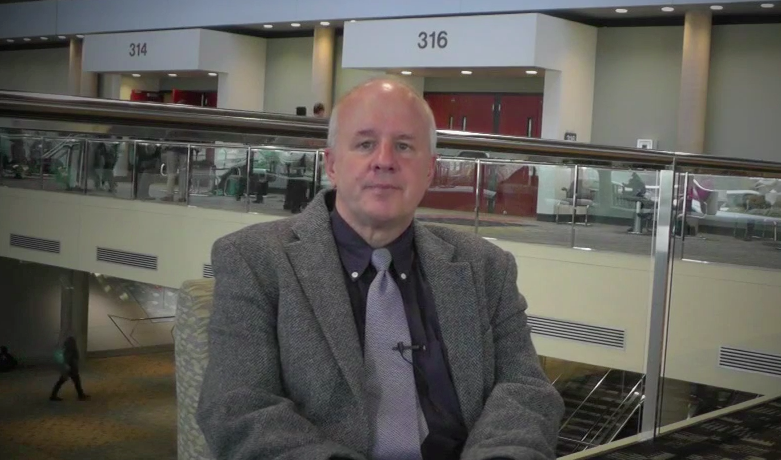 I went to elementary school in Pennsylvania, junior high school in New York, and high school in Michigan. After completing college in Michigan, I lived in England, California, and Massachusetts before coming to Tuscaloosa. Having lived in the American east, north, and west, I now live in the south. In fact, I have officially resided in Tuscaloosa for 16 years—many years longer than anywhere else I have ever lived. So I am from Tuscaloosa.

I received a “Bachelor in General Studies” degree from the University of Michigan. My self-designed interdisciplinary program focused on English, French, and German languages and literatures. I was interested in modernist writers, especially Eliot, Joyce, Pound, O’Connor Camus, Sartre, Hesse, Kafka, and Rilke. I also took classes in Near Eastern Languages and Literatures, primarily those related to Hebrew Bible and New Testament.

When I was a youngster in Lancaster, Pennsylvania, the religious studies scholar John Noss taught down the street at Franklin and Marshall College. He was a member of our church and the author of a comparative religions textbook that I became familiar with over the years. In college I took a course with Professor George Mendenhall on the prophets in Hebrew literature. Mendenhall portrayed the prophets as persons who stood in opposition to kings—even the most beloved and seemingly favored of kings—on behalf of the powerless. As one whose earliest civic impressions were formulated during the era of civil rights and the Vietnam war, this portrait of the prophet resonated with me.

Other than being a professor, are there any other interesting jobs you have had, for summer or longer?

During high school and college, I was a cemetery groundskeeper, a church janitor, a singer in a rock band, a drill press operator, and an instructor in a Washington, DC-based high school program in U.S. government. After graduating from college, I worked for nine years as a flight attendant with an international airline. While a flight attendant, I travelled all over the world and became fascinated by the way religions developed in diverse cultures. As part of my masters degree program I worked for a year as a student minister in Germany and, throughout my doctoral studies, as a lifeguard.

How did you first get interested in your own specialty?  What intrigued you about it?

While working in Germany, I became aware of how differently religion functioned in German culture compared to American culture. Ministers seemed to function as public servants and the predominant churches—Protestant and Catholic—were supported with funds collected by the government. Religion was taught in the public schools from the earliest grades onward. Religious art and architecture were present everywhere:  in the village square, by the roadside, in public buildings. I guess I had assumed that religion operated basically the same way everywhere, that is to say: the American way. My experience in Germany made me wonder about what I was beginning to see as the “peculiarities” of American religious history. I returned home determined to learn more about this.

I currently serve as co-chair of the Music and Religion Group of the American Academy of Religion. Music has always been intimately entwined with religion—from the use of music in liturgies as chant, hymn, or instrumental accompaniment, to the evocation of religious themes and imagery in contemporary popular music. The Music and Religion Group gathers together people with interests in topics like these. I also serve on the AAR’s Academic Relations Committee. Among other things, this committee endeavors to improve the lot of academics in the field of religious studies. We have been concerned in recent years to serve as a resource for department chairs. We are also fostering an ongoing discussion about the role played by contingent faculty (non-tenure track instructors) in the life of the college and university.

With my friend and colleague from Samford University, David Bains, I am editing a collection of early writings by the church historian Philip Schaff. Schaff came to the United States from Berlin in 1844 and was a key figure in the development of what became known as the “Mercersburg Theology.” I am also writing a book chapter on the theo-politics or theo-poetics of U2’s 1997 album POP. In addition to these publishing projects I am a member of a reading group that is exploring a critique of violence in the writings of scholar and social critic Walter Benjamin (1892-1940). And I have recently undertaken a study of Paul’s Letter to the Romans through the lens of various contemporary scholars including Giorgio Agamben, Alain Badiou, Jacques Derrida, Theodore Jennings, Herman Waetjen, and Slavoj Zizek.

I enjoy songwriting and guitar playing. I continue to enjoy travel, especially with family and friends; in this regard, we are benefitting greatly from a year-long sabbatical in England thanks to the university and my colleagues in the department. I like to play racquetball, though I have not yet managed to convert to playing squash. I also enjoy bicycle riding and listening to music.

Take a look at this video, which features Prof. Trost talking about what he’s been up to and working on during his sabbatical. To learn a little more about Prof. Trost, take a look at his ar·ti·facts video.