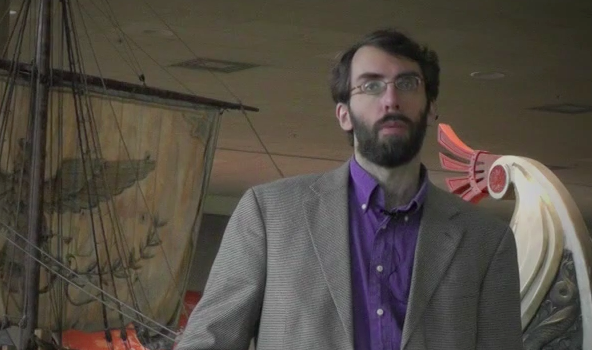 I grew up in Williamsburg, Kentucky, a small town in the Appalachian Mountains with less than 5000 people. The town has a small private college where my father taught, so I grew up around a college setting. Williamsburg has its own school system. The small size of the school, with K-12 all in the same building, created some different dynamics, like having football players in the marching band (along with middle school students). My graduating class had a total of 55 students, including 5 international students who were there for only one year.

I majored in History at Furman University in South Carolina, focusing primarily on European and Asian histories, plus the requisite American history courses. My interest at that time was primarily the variety of cultural expressions in different areas of the world, so I took a range of courses that were designated Asian/African in Furman’s curriculum, both in History and other departments.

For two years, between finishing my undergraduate degree and starting my masters degree at Emory, I worked in a bank in Greenville South Carolina, while my wife finished her undergraduate degree. I worked in the main vault that handled the cash for all of the branches in the area. My main job was to operate the coin-rolling machine, so my day was filled with pouring bags with $500 of quarters into the machine and then boxing the rolls. I also assisted in the cash vault where they typically handled several million dollars a day in cash. It was a good job with benefits for those two years, but they did not allow me to take any samples home.

Currently, I am editing a volume of ten essays from the first decade of Aronov Lecturers who have been invited to UA. These essays present some of the best work from leading scholars in Religious Studies and related fields, and together they make a clear illustration of the variety of benefits of the critical study of religion. As that project is almost ready for the publisher, I am also putting together reflections on the “Nones” (my own and those from several colleagues) for a book series related to the Culture on the Edge collaborative.

Hiking in the mountains is one of the things that I enjoy doing beyond the university. Looking for salamanders and crawdads in a mountain creek is a great change from writing an essay, but don’t believe the story about me chasing a black bear cub. I was just getting a little closer look! I also enjoy playing the piano, and now my kids like to play as well. This Christmas I was given arrangements of Beattles songs for four hands so that we can play some pieces together.