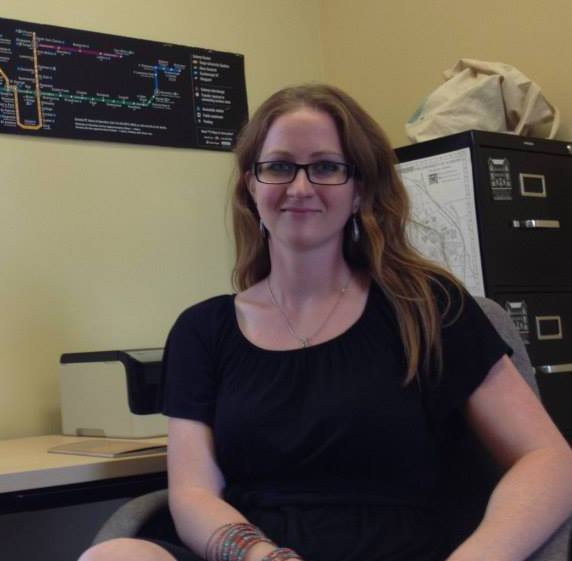 This is a great question! Whenever anyone asks me this, I always wonder what they hope my answer will clarify for them about me, because it’s not a simple answer. I was born in Arkansas but moved from there while I was still young. While I was growing up, my family lived in Texas, Tennessee, and Ohio. After high school, I lived for one year in Missouri before moving to North Carolina. I lived for a semester in the United Kingdom while I was studying abroad, and before coming to Alabama, I lived for six years in Canada (both Alberta and Ontario). So, in sum, I am from many places!

I double-majored in Philosophy & Religion (emphasis in religion) and Sociology at University of North Carolina Wilmington.

Early on in my undergrad career, I was just a sociology major. Out of curiosity, I took a third year course through the Philosophy & Religion department (“Atheism & Unbelief”). I was, in many ways, far behind the other students who had taken other religion courses, so they were familiar with ideas (e.g., that the authors of the Bible used sources!) that I had never encountered before. This class stood out for me, because we didn’t learn any “facts” about belief/non-belief, but rather we surveyed critical thinkers and assessed arguments on both sides of the debate. It was the first time that I realized that religious ideas could be studied in that manner, regardless of one’s own opinion (although certainly many students had strong viewpoints in this debate!). I think by the next year I declared Philosophy & Religion as my second major.

I worked at one of those family portrait photography studios. Turns out I’m great with children!

I work on Christian origins, and what initially intrigued me about it was that I was so unfamiliar with it—despite thinking that I, as others who have grown up in a predominantly Christian cultural environment, knew what Christianity “was”. The more I learned about the origins of Christianity, the more I realized that the ideas in early Christian texts emerged in a setting that was very different than the ones in which Christianity is practiced today. So, for me, the perception of difference invited me to want to explain what historical factors can account for some of those differences that I noticed. I quickly realized that I could combine my interests in sociology and religion to approach this particular topic—i.e., how did social experiences in the ancient Roman world affect the authors of these texts and influence their ideas?

Due to the nature of my current position, I’m not on any university committees. In the future, I hope to become involved in university discussions about curriculum in religious studies, because many issues in our field (e.g., definitions of religion, categories of world religions, postcolonialism, postmodernism, etc), if taken seriously, have important ramifications for the kinds of courses that we decide should count as contributing to a robust degree in religious studies. Outside of the university, I have been serving for two years on the steering committee for the Q session in the Society of Biblical Literature.

I have a few facets to my work right now. One project concerns the issue scribalism in early Christianity. This is a tricky topic, because scholars have such a diverse range of understanding of scribes in the ancient world. So my first step in this project, rather than contribute to the mayhem of classification, is to reflect on why we have had so much difficulty theorizing scribes in the first place. Another project that I’m beginning concerns violence in early Christianity. This topic has been treated in rather odd ways by many scholars (for instance, in books interested in portraying earliest Christianity as inherently peaceful or, on the flip side, as a movement characterized by overt resistance to political powers). I was lucky to get to teach a seminar on Violence in Early Christianity for the department in Fall 2013. I’ve also recently been exploring ancient documentary papyri and inscriptions to help better understand some of the social formations we see in Christianity throughout the Roman Empire.

I enjoy travelling! So far, I’ve been able to travel to 18 countries and 35 states (more of both are on my list!). Closely related, I love cooking and consuming good food (and wine), and especially learning about different ethnic cuisines. The ideal situation is to attend a conference in another country so that all of these dimensions can be rolled into one!