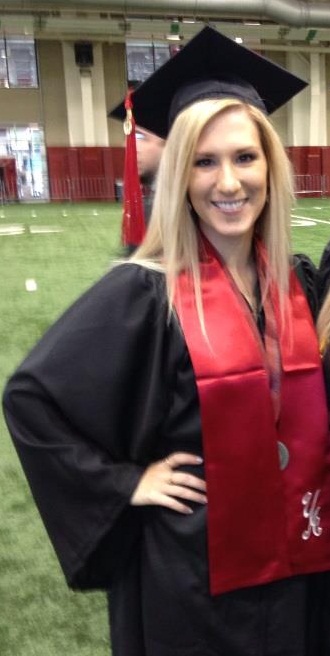 Khara Cole graduated from The University of Alabama in 2013 with a double major in Religious Studies and Public Relations. She currently lives in Chattanooga, TN working in Marketing/New Product Strategy for BlueCross BlueShield of TN.

How many times have you heard someone make the claim “I’m not religious, I’m spiritual”? My normal reaction to this statement would be a blank stare and a gentle nod followed by a topic change; however, I’ve noticed that this particular statement has started to gain momentum as more and more people whether it be celebrities, politicians, or “normal” folk like you and I have bought into the idea that spirituality is something that is totally separate and existent outside of religion.

I recently came across an article on NPR’s website called, “Sunday Assembly: A Church For The Godless Picks Up Steam” that immediately raised many questions in my mind of how and why people would ever want to make the distinction of being spiritual versus religious.

This assembly meets on Sundays, sings along to music and even hosts speakers to lecture members on various topics; however, one of the founders, Pippa Evans, claims “It’s all the best bits of church, but with no religion and awesome pop songs.” What do you mean no religion, Pippa? Just because there is no particular member buy-in to a certain deity makes this in any way non-religious? It’s the same scenario with people that claim the whole “I’m not religious, I’m spiritual thing”; how and why would anyone assume that there is any discrete distinction between the two? Maybe it is because there is something at stake when you openly claim to be religious, and somehow diverting yourself to identify as spiritual rather than religious momentarily saves you from whatever that is.

I mean I get it; religion has caused palpable violence since, well, always. So if you don’t want to be associated with the negative implications of identifying as religious, maybe just by replacing it with another term you would think all of those negatives would somehow dissolve. I can’t see any way a self-identifying spiritual person walks, talks, looks, feels or quacks any differently than someone who is religious, but for some reason people feel a false security is this obscure distinction.

If there is anything I have found since my days hanging out on the second floor of Manly is that there is nothing that religion does not touch. Anything can be religious. Over 100,000 of us gather together in Tuscaloosa, dressed in our Sunday best, cheering and clapping our hands every other Saturday from September to January; you mean that’s not religious?