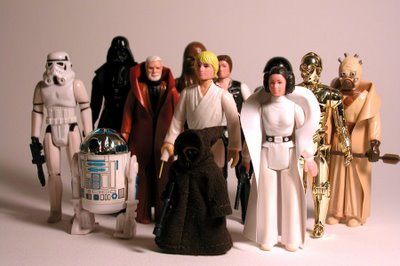 By Kim Davis
Kim Davis earned her B.A. in French and Religious Studies from the University of Alabama in 2003. She went on to get her Masters in French Linguistics and Literature in 2007 and a Masters in Secondary Language Pedagogy in 2010, both from UA. Kim now teaches French and Mythology at Tuscaloosa County High School.

A worn copy of Edith Hamilton’s classic Mythology from the middle school library introduced me to the world of the ancient Greeks and their stories.  My interest in mythology (plus a small obsession with Star Wars) lead my high school English teacher to recommend Joseph Campbell’s The Power of Myth, and I was instantly hooked by the process of collecting and comparing different myths from around the world. It definitely appealed to the same little girl who collected stories about the Greek gods or Star Wars figurines. So, when I got to UA and noticed a course in mythology and Joseph Campbell offered in a little Department called Religious Studies, I immediately signed up hoping to continue to collect myths and put them in the curio cabinet of my mind.

As my collection grew and started to collect dust, I began to wonder “what now”?What do I do with this collection I have amassed?  Luckily, the department had just hired another professor who taught courses in myth, and when I expressed my interest in the study of myth, he offered to take me on as a student. Under his guidance, I started another myth curio. This cabinet I filled with theory about how the term myth is used to create certain realities or ideas.Myth was no longer ancient stories of the past, and mythmaking became the process by which humans organize and categorize the very messy reality in which we exist. I realized that myths and the way in which people analyzed them were more interesting when I questioned what was at stake by categorizing a story or an interpretation of myth as one thing and not another. Finally, I could do something with my collections!

Ten years and two more degrees later, I found the opportune moment to show off my curio cabinets of myth.  At the interview for my current job teaching French, the principal asked, “Can you teach Mythology?”The fact that I could expound on my experiences in Religious Studies and offer to teach a popular elective probably helped clinch that job.

Since then, I have used my mythology class to expose students to my collection of myths from around the world, exploring literary themes, reading strategies, and historical contexts. However, I also find ways to place my curio cabinet of theory on display by prompting them to consider the ways that ancient myths are used in current books, movies, and video games. I stress that myth is less a reflection of some distant past, but a way that we display and explore contemporary ideas, attitudes, and beliefs. I ask them not to be passive consumers of media, but to constantly ask, “Why?” and “How does this portrayal of myth reflect our 21st century ideas?”

This year, I am fortunate enough to have two sections of mythology with students who are bright, engaged, inquisitive, and mature. I have always believed that students are capable of intellectually handling more than we give them credit. So, I am constructing every analytical assignment with an eye towards pushing them to read an excerpt from Bruce Lincoln or Russell McCutcheon or Roland Barthes, etc. I believe that, with careful guidance, I can “show them my work” or “reveal the man behind the curtain”, and show them that the ideas I have asked them to consider are not something I created one night to torture them, but instead are part of a legacy of ideas.I hope that by giving them access to both of my collections of mythology, I can push them to think in new ways about not just myth, but other disciplines that they encounter.Perhaps the results of this experiment will become a future blog post.

I’ve always been a collector of many things, but I am grateful to the Department of Religious Studies for giving me the tools to DO SOMETHING with my collections of knowledge both for personal fulfillment and for the very practical day-in and day-out of my career.