The common English phrasing “religious expression” carries with it a set of assumptions about what scholars of religion study as well as how and why they study it, though the term is today so widespread that I doubt many think much about what it entails. END_OF_DOCUMENT_TOKEN_TO_BE_REPLACED 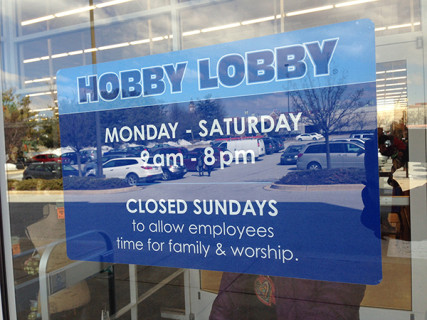 Are you following the case in the U.S. that’s now being argued before the Supreme Court, on whether a corporation has religious freedom protections? It involves a chain of over 600 craft supply stores, in 47 states, and whether, under the new health care law (commonly known as “Obamacare”), it is required by the federal government to pay for certain forms of birth control that the owners of the corporation claim their religious beliefs lead them to understand as abortion. END_OF_DOCUMENT_TOKEN_TO_BE_REPLACED