The first day of class can be a bit nerve-racking, even for profs. One might think that profs have it easy at the start of the semester, but we all know the importance of first impressions. And for myself, there can be a lot of anxiety around those initial activities.

There are a lot of different directions one could go on Day One. And last week I approached the start of my REL100 introductory course by working “backwards.”

I thought a bit about some of Ellie Cochran’s reflections about her time as an REL major. One thing that I kept coming back to in her blog posts was how the kinds of questions she came to ask toward the end of her time were not at all that different from the sort that many students have when they first enroll in a course. By degree’s end she had more tools  for conceptualizing and investigating these questions–leading to more and more questions. Hints of that curiosity are there from the beginning.

So how might we take advantage of that kind of curiosity from the jump?

One way to absolutely not do this is to turn the course into a study of trivia and factoids. 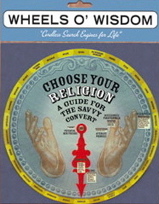 More than a few Religious Studies profs have one of these in their office. 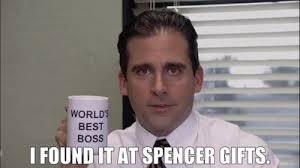 This is true. I found mine at the mall.

The wheel gives you data like the number of adherents, how the religion frames the afterlife, material culture, pros, cons, and a quick description of beliefs. Although all that information has its place and may be potentially interesting to students, I think they are savvy enough to know that a 15-week course on those things as an end (rather than a means) may be a lemon of an education.

So the question for me became how do I short-circuit any attempt to turn the class into a trip on the Wheel-o-Religion.

Now for whatever reason, when I think about my scholarship, I often come back took a classic Paul Mooney bit remarking on “the N-word.” Commenting on Americans’ simultaneous obsession with and aversion to talking about race, Mooney once remarked,

Like many jokes, it surfaces the conditions on the way we make meaning. In the joke. In fewer than 15 words, Mooney relays an ethnographic observation to poke at the power dynamics, psychology, and history of race. I’m no comedian, but I’d be thrilled with those kind of results from a 75-minute class.

So instead of the Wheel-o-Religion, I riffed on Mooney’s bit:

Then we broke it down, discussing the first question and then the second one.

I was pretty amazed by the depth of questions I got. The conversation was so riveting that I didn’t have time to snap a photo. I ended the class with one final discussion question:

What do we need to discuss this semester so that this course is not a waste of time?

Perhaps the most remarkable thing was how at no point did the questions turn to google-able answers. No trivia. No factoids.

So as the semester gets going. Let’s be a little a nervous. Let’s get a little curious. And let’s see where good questions take us. I hardly think that doing so would be a waste of our time.

Are you a Religious Studies prof? Tell us what you did for your first day.

Class has started. The bookstore is a zoo. Students and faculty are wandering halls with bemused looks in search of their classrooms. We want to see pictures of all of this. What is the start of school like for you? Tweet us your pictures at @StudyReligion and use #UALife. Give us a glimpse into your first days of class. Who knows, we may retweet the good ones. And while you’re at it, follow us! 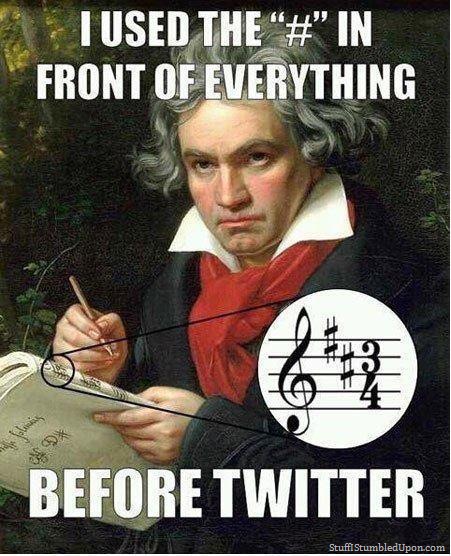