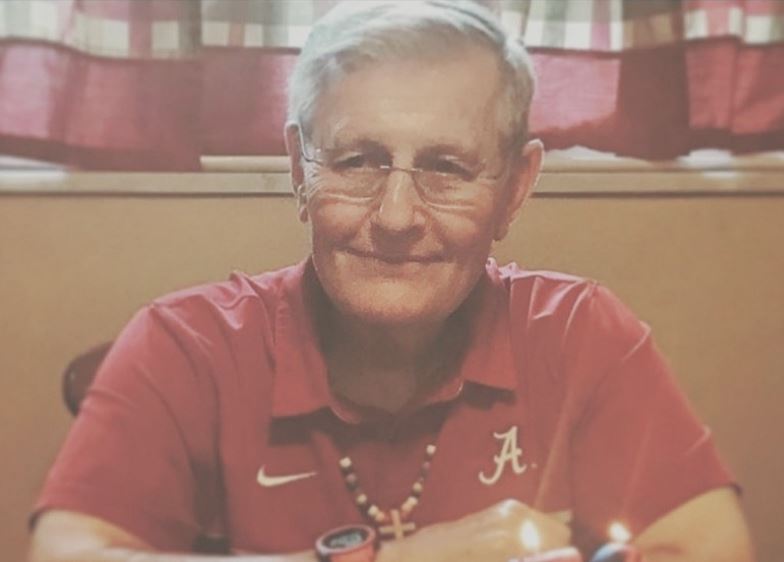 Al McGowen majored in Religious Studies (minoring in Social Work and English) while at UA in the late-1970s, after having served in the USAF during the Vietnam era. He went on to earn an M.Div. from Memphis Theological Seminary and did his clinical training at Walter Reed Army Medical Center. Al became a Fellow In The College of Chaplains, which later became the Association of Professional Chaplains (APC), and a Board Certified Chaplain, a Clinical Member of the Association for Clinical Pastoral Education (ACPE), a Board Certified Pastoral Counselor with the American Association of Christian Counselors (AACC) and, upon retirement, a Presidential Member of AACC. Throughout his career he has been a Pastor, Pastoral Counselor, an Air Force Chaplain, and a VA Mental Health Chaplain. He was ordained in The United Methodist Church.

When I attended the University of Alabama, in the late 1970s, I was repeatedly asked, “What can you do with a degree in religion?” The years have answered in marvelous ways: after I graduated from seminary, and after I completed all my clinical work, and after getting my various Ordinal, and  Board Certifications, I served literally all over the northern hemisphere as a Chaplain in some very unique places, and I was given many exceptional opportunities.

My religion degree, combined with my M.Div., which included a major in counseling, afforded me the opportunity to be the liaison, for CENTCOM village where 78 Muslim nations were represented. My understanding of Islam served me well, as a Christian Chaplain. When young people, who were having difficulty determining if they could serve in the Air Force, shortly after 911, my connection with my good friend, Ishmael Muhammad, The First Sergeant, helped me to help them make tough decisions.

When I served as a Mental Health Chaplain for the VA, I was asked to help manage conflict between the various religious groups who were obviously in a multicultural setting. Those in conflict were Buddhists, Sikhs, Hindus, People of Islam, and Christians. There was even an agnostic in the group.  Not only was I able to navigate this “minefield” quite well but this mental health class became one of the best attended mental health small groups at our VA. As a matter of fact, we needed multiple small groups because we had to turn people away. Bridging the various divides between these men and women, who were also suffering from what was deemed spiritual psycho/social co-morbidities, and helping them to live more balanced lives, was, and still is, one of the joys of my career. Finding common ground with people in multiple settings served me well; meanwhile, I remained faithful to my own Christian witness. It can be done.

I was able to accomplish things I could never have imagined, in no small part because of what I learned during my time in Religious Studies at the University of Alabama. So, when someone asks, “What can you do with a degree in Religion?” I will say, “God Knows.” Learn all you can, be faithful to your own way, and keep growing and learning. I am fairly certain that you will make a positive difference in surprising ways; for the biggest lesson that I learned from my professors was how to firmly hold to my own beliefs while being open to learning from others who have dramatically different perspectives. This served me well during my decades of service. And it still does.

Our thanks to Al for reaching out to us; we look forward to other REL alums joining in with guest posts of their own about how they’ve put their degree to good (and often novel and creative) use. Contact Prof. Touna.