Honors Day, last week, is an annual opportunity not just to celebrate student successes but also to recognize REL faculty and staff accomplishments. But, given our continued concern for hosting in-person events, we again relied on a video, created once again by Prof. Richard Newton (with the help of a variety of faculty), to celebrate another year — one full of challenges, to be sure, but one in which we saw the members of the Department going above and beyond the call of duty.

To begin: little did our new Administrative Secretary, LeCretia Crumpton, know what kind of year was in store for her when, back in mid-March 2020, she arrived from Chemistry and first started working in REL, just as Betty Dickey retired after 32 years in the Department. For within a week Spring break had arrived, but then it was extended and all in-person classes and non-essential university operations were moved to remote status. As organized as the Department tries to be, we certainly didn’t plan on LeCretia working remotely on her own laptop and learning at a distance about everything that it takes to run the Department. (And you’d be surprised by how much that involves.) But, within a week or two, UA’s already busy IT staff got her connected to the main office computer and between behind-the-scenes emails, Zoom meetings, and pretty regular phone calls, the Department’s main office reinvented itself. We’re so pleased with the job she has done, in these very trying circumstances; and so, to mark one year in the position, we thought she now needs to be officially initiated into the group by having her own set of historic buttons (above) from past REL button events, including one of the original “Your Back” buttons and a few, yes, buttons that are buttons. #irony 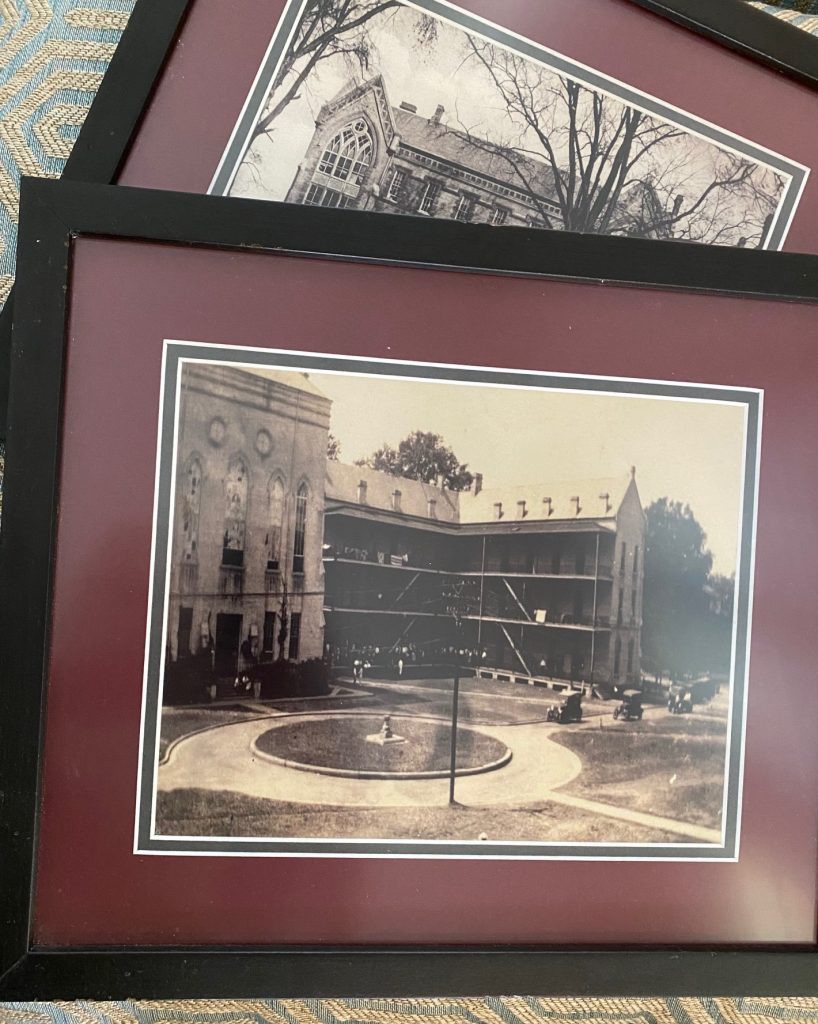 We added two new faculty prior to Fall 2020, Dr. Jeri Wieringa and Dr. Lauren Horn Griffin (who was hired just a couple weeks before the Fall semester began). It’s not easy moving across the country with a family during a global pandemic, as did the former, and being hired far too late to even consider doing that, leading to the latter being remote all year; but both our new colleagues had a great year in the classroom and also in terms of their own research. So, as with faculty in the past who finally have their first year in REL behind them, we’ve presented each with an historic photo of our building, now known as Presidents Hall. 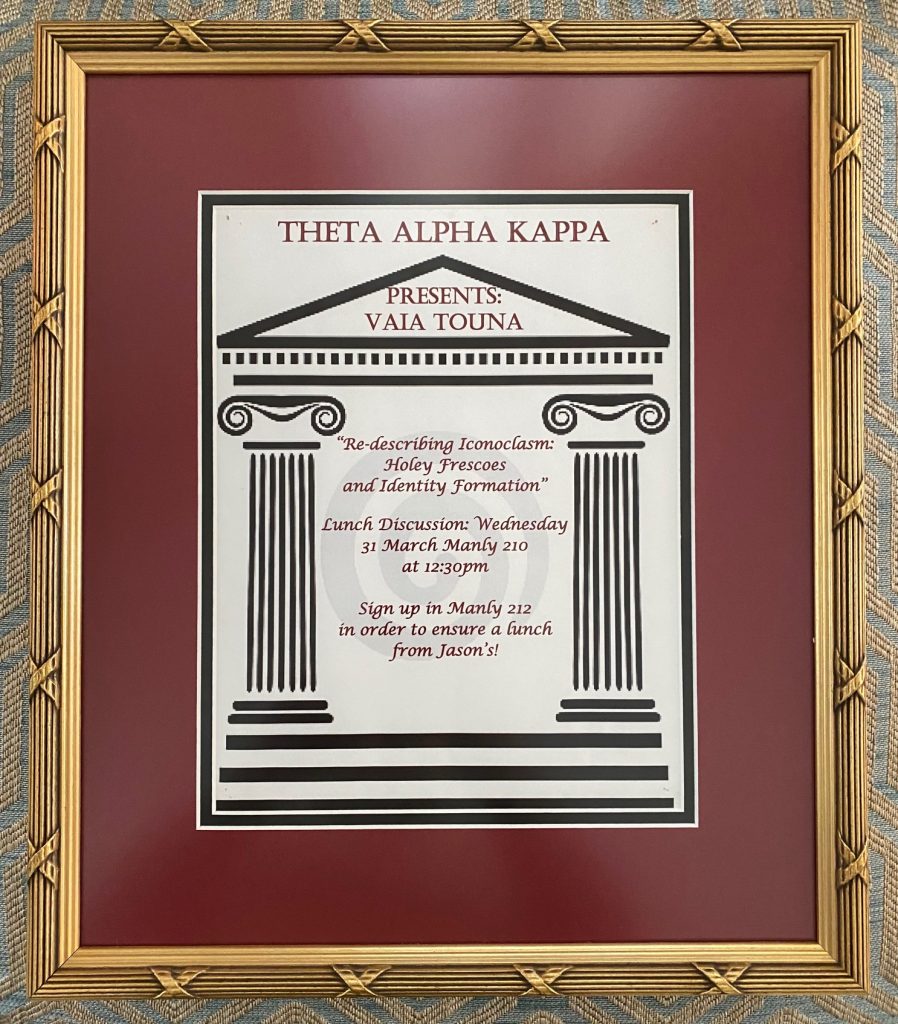 And yes, that’s a flyer that REL students made, way back in the Spring of 2010, when Dr. Vaia Touna was a visiting Instructor in the Department for just a semester, as part of A&S’s Alabama Greece Initiative. She then returned to the Department as a tenure-track Assistant Professor some years later, after earning her Ph.D. at the University of Alberta, Canada, and now she has been tenured and promoted to the rank of Associate Professor (effective the start of the 2021-22 school year). What better way to mark this than with a framed historic artifact?

While Dr. Griffin’s photo awaits her arrival in Tuscaloosa later this summer, the others were placed in offices early last Friday, as a bit of a surprise — but it’s now time for everyone to see how REL continues to mark its milestones.

We’re hoping to see you all on the balcony for Honors Day 2022.