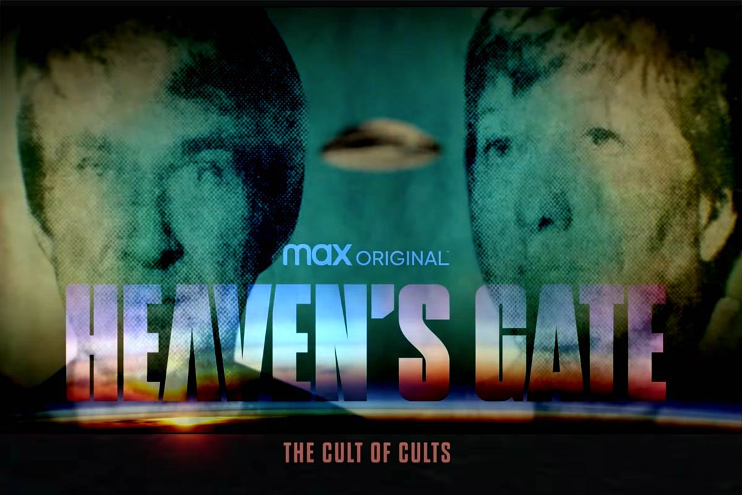 On December 8, I submitted my last paper for the semester, wrapping up what has been, for many, a stressful period. Having just seen the trailer for the new HBOMAX docuseries “Heaven’s Gate: The Cult of Cults,” I  wondered how the religious group was represented and decided to take a look.

The first episode of the four-episode series begins with a video from March 1997 where one of the co-leaders, Do, is showing viewers the Away Team uniforms saying:

See, it says “Heaven’s Gate Away Team.” We’ve been away, and now we’re going back… We came from distant space, what your religious literature would call the Kingdom of Heaven. And we are about to return.

Viewers see clips of the Away Team leaving goodbye videos for their families and signing off with “39 to beam up” — a reference to the ever-popular “Star Trek”  television series. Cut to news clips of the aftermath of their “return,” which was a mass suicide of all 39 people, leaving authorities and the country to figure out why.  One-man noted: “This wasn’t just something that…, ‘Oh, there’s a spacecraft, let’s kill ourselves.’ These people spent twenty-two years preparing for what they did, and I wish people would examine that twenty-two-year period instead of just examining their method of leaving.” His observation sums up the goal of the series: examining what happened during the 23 years before the Away Team’s departure and the life of the Heaven’s Gate religious group.

Heaven’s Gate was a UFO-meets-Christianity-based new religious movement (NRM) founded during the 1970s. Members lived together, leaving their family and worldly possessions behind in hopes of ascending to a higher level of consciousness and transforming into another kind of being. Former members described meetings where Ti (Bonnie Lou Nettles) and Do (Marshall Applewhite), the founders, seem to have a haze around their heads, which flowed to all the followers in the room, saying it was like the Holy Spirit. The group followed the counterculture movement of the 1960s, when a wave of NRMs developed after many young Americans looked outside of established religions for a sense of identity. “Heaven’s Gate was never exactly mainstream, but it wasn’t as alternative as we think about it today,”  said Benjamin Zeller, a religious studies professor at Lake Forest College, in an interview for this series, adding: “Many people who were drawn to Heaven’s Gate had tried all sorts of religious options.” Heaven’s Gate members believed the world was coming to an end due to major societal stressors; religious studies scholars like Reza Aslan (also interviewed for the series) classified Heaven’s Gate as a millenarian group because of this belief of approaching end times.

So, to return to our question, how does HBOMAX represent Heaven’s Gate? Unlike other documentaries and docuseries on what we would call NRMs, the series includes religious studies scholars who provide insight and understanding about the group. This perspective makes the series stand out not only because they offer needed historical background and understanding of Heaven’s Gate, but they also demonstrate to viewers what those with religious studies’ degree do. However, the producer’s decision to categorize Heaven’s Gate as a “cult” instead of an NRM works against what the scholars offer. Instead, the series relies on interviews from sociologists like Robert W. Balch and David Taylor, who performed an “undercover” ethnography of the group during the ’70s in an effort to learn about this “strange” religious group that, after passing through a town, seemed to cause people to go “missing.” The series creators also interview sociologist Janja Lalich who explains that she is frequently asked whether a particular kind of person joins a cult. “The answer is ‘no,'” she said,

This is my biggest problem with the show: the representation that Heaven’s Gate was a cult and not a new religious movement.

While the series explains that the members were not crazy, using the report published by Balch and Taylor, interviews with Zeller and Aslan, as well as interviews with former members, all demonstrate that they were just a new religious group; but the continual usage of the term “cult,” a negative connotation, implicates Heaven’s Gate as a dangerous group. Part of the reason why the term “cult” has a negative connotation is because of the mass suicide by more than 1,000 members of the Peoples Temple, also known as Jonestown, in 1978. Since then, many alternative or NRMs have been referred to as cults and assumed to be dangerous when that is not always the case. Yet any religion could be dangerous; it just depends on your definition of dangerous.

The series’s creators also rely heavily on newspapers’ descriptions of Heaven’s Gate as a “UFO Cult.”  After Ti and Do left a town, people claimed their children would go missing. This is simply not true; these children (really adults) left the town of their own free will to join a new religion. How is their joining Heaven’s Gate different than someone leaving home to join a seminary or a convent? Concerned family members accused many NRMs during the 1960s and 1970s that they were brainwashing their children and taking them hostage. This resulted in the creation of groups like the onetime “Cult Awareness Network” (CAN). Family members paid such organizations to “deprogram” their children or remove them from the NRMs, essentially amounting to kidnapping adults who joined of their own free will. However, religious studies scholars like Eileen Barker debunked the understanding that these groups were brainwashing people with her book The Making of a Moonie.

HBOMAX is attempting to educate people on this group 23 years later because they are still fascinating. Still, they continue to discuss the alternative religious group as a cult, reinforcing mainstream ideas that the group must be dangerous if it is not a form of mainstream Christianity.