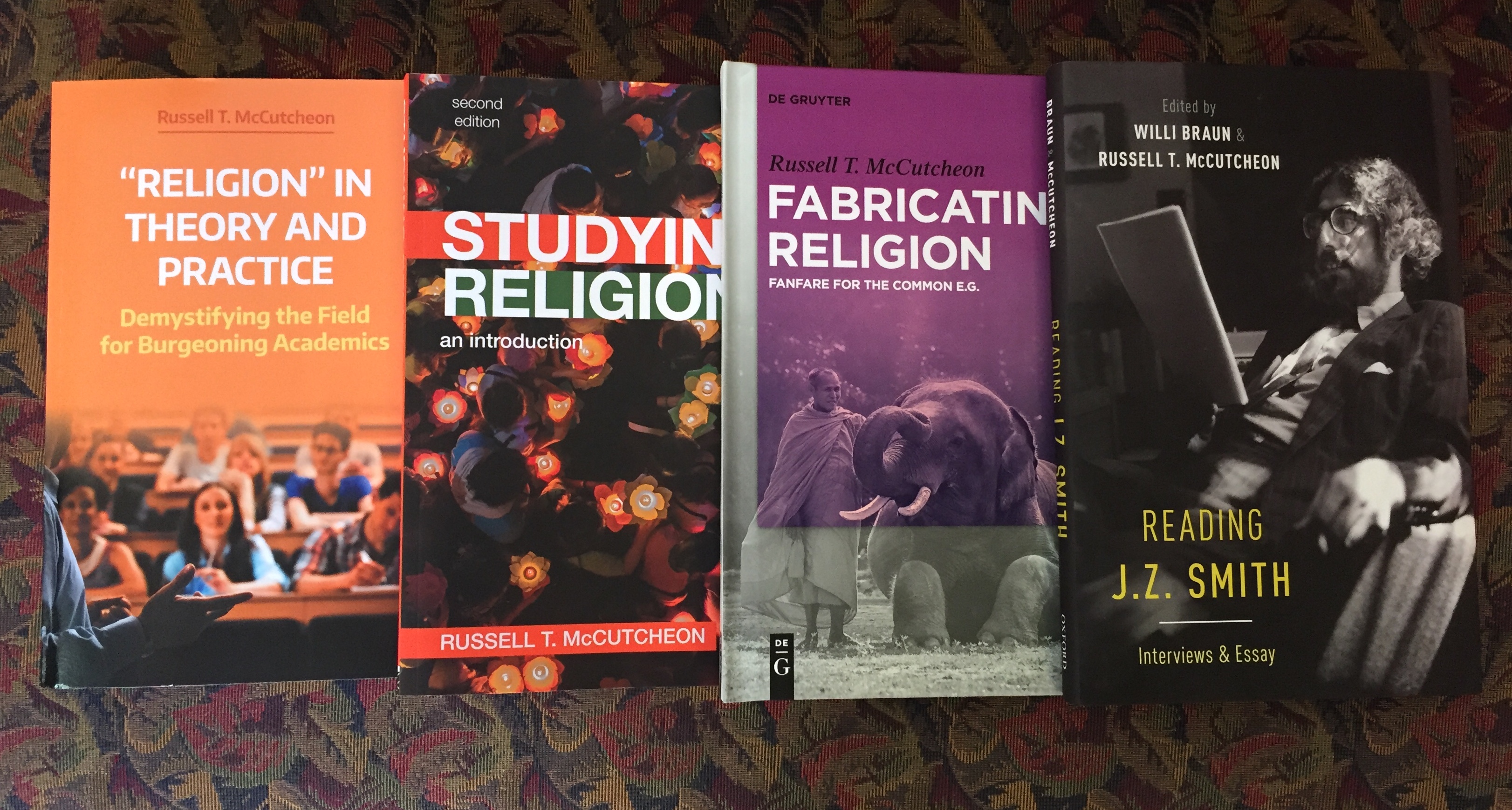 Well, this year four pots that were each bubbling away on their own resulted in some new books, all of which were published in just the past few months. But they’re each a different sort of book.

Although three are his own work, one of those is a new edition of an intro book that he first published back in 2007. He’d planned the revisions a couple years ago, he reports, but didn’t get around to doing the writing until this past summer, when the year’s teaching was done. “Summer is a different kind of busy, for a professor,” he said, “and I set aside June to work on the new edition,” he added. And he kept his word: at 8:23 p.m. on June 29 he emailed the completed manuscript to his publisher. “I could do it in just a month because an intro book, let alone a new edition, is a different sort of writing, one that draws on experiences from years teaching such courses.” “The goal,” he went on,” is to pull together some examples and maybe even a few stories that other instructors might find helpful in deciding what they want to do in their own classes.”

The other two projects, both his own work, are collections of essays, one published by Equinox (in the UK) and the other by Walter de Gruyter (in Germany). “Early on, for what was probably a wide variety of reasons, I sort of just became an essayist,” he remarked, “and many of my own works are collections of pieces that I’ve written over the years — essays that I think have something in common.” The first of these two contains mainly practical pieces, on the profession, on teaching, etc., intended for an early career reader while the other further elaborates on arguments he’s advanced for some time, concerning the practical effects of naming something as religion. “I’m really quite pleased that a number of early career scholars were able to join in my Equinox book,” he added, referring to the 21 scholars whose commentaries on his own “Theses on Professionalization” were included in the book, thanks to Matt Sheedy‘s efforts to invite them and edit their pieces.

His fourth book, which was co-edited with his longtime friend and collaborator, Willi Braun, is yet a different kind of book: a collection of interviews done by the late Jonathan Z. Smith. “It includes one of his unpublished essays too,” he added, “but is mainly a set of interviews that Smith did over the years, some already available in video format online, and some relatively unknown.” Suggesting that it might be a good place for newcomers to Smith’s work to start their readings (given the sometimes informal, even fun, tone of the interviews), McCutcheon said that this particular volume had been in the works for 4 or 5 years. “WIlli and I met with Jonathan in Chicago, to talk over the idea, several years ago, to make sure he was on board, but, as sometimes happens, it just took a few years to bring it all together.” Although Smith passed away shortly before it was published, McCutcheon commented on how pleased they were that Smith had been involved, noting that all of the royalties from its sales go to Smith’s estate.

Although all four books happened to come out around the same time, they were each separate projects, begun at very different times, all running their own course. For although some of the essays are new and unpublished, others first appeared in print in journals a few years ago, let alone the intro book’s new edition being based on material he first wrote back in the early years of his time at Alabama. “I sure made a lot of indices in 2018” he added, though noting that, thankfully, REL grad Andie Alexander made one of them. As for McCutcheon’s current projects? “Apart from the occasional blog, I’ve not done much of my own writing for a while; instead, I’m doing a lot of editing projects at the moment.” One of these is with Aaron Hughes, (with whom McCutcheon has worked on other projects in hte past), another is with REL’s own Emily Crews and, he adds, “Richard Newton and I are also mulling over a new project as well.”