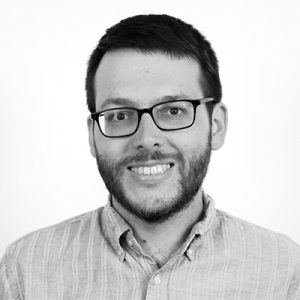 I was at UA from 2007-11 and graduated with a major in Religious Studies and minor in Philosophy.

I thought that I would go on to law school or academia of one kind or another.

My favorite courses were those where the professor was able to incorporate all of the different backgrounds and academic interests that students bring to an REL class in order to facilitate an in-depth engagement with theory. My first semester at UA, I took a one-hour book seminar with Prof. Murphy on Peter Berger’s The Sacred Canopy which showed me what that could look like and convinced me to join the department. Prof. Simmon’s gender theory course was another memorable example.

In addition to the strong teaching in the department, I think the sense of community around Manly Hall made people feel comfortable engaging in classroom discussions. The support that faculty and staff gave to RSSA, as well as the natural community that the Manly Hall balconies lent themselves to, were an important part of the REL experience.

Between REL and where I am now, I graduated with an MA in Arab Studies from Georgetown University worked at the Institute of International Education, first supporting Iraqi scholars through IIE’s Scholar Rescue Fund and later with the KAUST Gifted Student Program. Working for a large, international organization gave me exposure to finance and operations on a scale that I might not have had elsewhere. It turns out that I enjoyed that sort of work and pivoted in that direction.

Several jobs and more school later, I’m now a CPA and work as an accountant at Raffa, a financial services firm in DC that primarily serves non-profit organizations. Outside of work, I’m on a bike as much as I can be and also volunteer as treasurer for the Washington Area TESOL Association.

It sounds like a cliché after so many articles about what you can do with a liberal arts degree, but having some training in writing about complex ideas in a clear and concise manner is valuable.