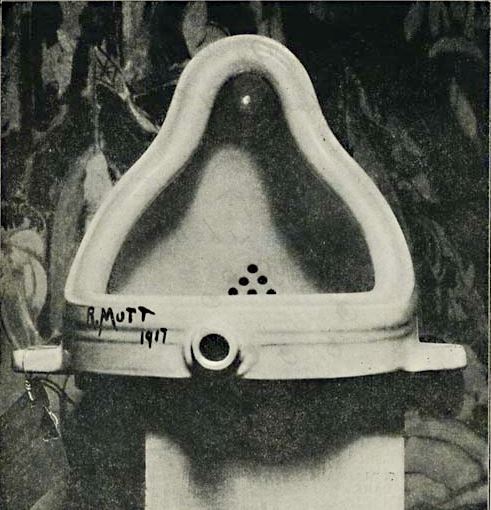 Alexander Leonardo Tamez is a senior majoring in philosophy and religious studies. He resides in San Antonio, TX. The following was written for REL 360: Popular Culture/Public Humanities.

“You know nothing of my work!”

-Marshall McLuhan, as himself

The Coen Brothers’ film O Brother, Where Art Thou? (2000) opens with the phrase, “Based upon the Odyssey by Homer”, yet the Coens never read The Odyssey. During an interview with Charlie Rose, they admitted, “We liked the idea of the credit in the beginning, ‘Based upon the Odyssey by Homer’ more than – you know… It didn’t actually start out with the Odyssey”. They adapted parts of the film instead from a comic book version, and were inspired by films like The Wizard of Oz (1939), and The Three Stooges. Another influence came from Sullivan’s Travels (1941). The protagonist, John Sullivan (John McCrea) wants to make a film called O Brother, Where Art Thou? that is, “a commentary on modern conditions… the problems that confront the average man… a true canvas of the suffering of humanity” by abandoning his luxurious life as a Hollywood director living as a hobo to give authenticity to his film.

By combining popular imagery from American history and Greek Mythology, the Coen Brothers create their own whimsical tale of Americana. The Cyclops becomes a blind-in-one-eye, Bible-selling con-artist “Big Dan” Teague (John Goodman), and the Sirens are portrayed as seductive maidens along a riverbed. Odysseus’ descent to Hades is replaced by a Klan Rally in the woods, and Tiresias is reimagined as a blind railroad worker who travels nomadically by handcar. A. O. Scott, a New York Times Reviewer, mentions, “It doesn’t take a classics scholar to notice that the [Coen] brothers have taken a few liberties with their source”. So rather than a strict chronological adaptation of the Odyssey, and given that the Coens relied on a comic book version, O Brother can best be thought of as a loose adaption, or The Odyssey as simply one of many sources of inspiration.

The same goes for the film’s use of American history. “Baby Face Nelson”, a pseudonym for Lester Gillis (portrayed in the film by Michael Badalucco), was a real-life criminal who became Public Enemy No. 1 in 1934 who died that same year in a shoot-out with the FBI in Barrington, IL, not in a small remote town in Mississippi (FBI). Furthermore, the “sell my soul to the devil” Tommy Johnson (Christ Thomas King) is a conglomeration of Delta Blues musicians Tommy Johnson (1896-1956) and Robert Johnson (1911-1938). While both were born in Mississippi, neither recorded there. Tommy recorded his music in Tennessee, while Robert recorded his music in Texas. Sean Chadwell, who teaches Film and Cultural Studies at the Texas A&M International University, argues that the Coens’ un-acknowledgement of the origins of blues music, “avoids the connections between African American folk music and white folk music”. However, the film clearly isn’t concerned with the origins of whichever music, nor does it need to be. A. O. Scott put it this way, “Rather than wallow in nostalgia for the past [the Coens] dare to reinvent it… to make it something strange, beautiful, and new”. Though the film takes place in a time where racism was a serious issue, the Coen Brothers flip the conventional narrative and use humor as a way of exposing the absurdity of the Klan’s notion of “culture and heritage”. Perhaps it is this comedic tone that left Roger Ebert feeling, “uncertain and unsatisfied” since such films typically take a more critical depiction of racial themes.

It is a unique movie for sure, but our expectations for a socio-critical film shouldn’t fool us. O Brother, Where Art Thou? is best understood as a film for its own sake. At the end of Sullivan’s Travels, and after a series of misfortunes, John Sullivan gets in trouble with the law. His method approach to film becomes “real” and he is left with nothing but the shackles attaching him to a chain-gang. Hopeless, Sullivan is treated to “a little bit of entertainment” by the Warden where he watches a cartoon movie at a Southern Black Church alongside convicts and congregants, and regains his dignity through laughter. When he finds himself back in Hollywood, he renounces his plan to make O Brother, Where Art Thou? wanting instead to make a comedy because, “There’s a lot to be said for making people laugh. Did you know that’s all some people have?”. It’s clear the Coens kept this philosophy in mind: that the experience of movie-going itself is more important than some would-be political message. It isn’t uncommon now to hear reactionary criticisms of this or that film’s portrayal of race or gender, but what does that serve? Here at the university there is a constant expectation to “examine” things, which forces us at times to impose interpretations onto things that simply aren’t there. In the words of Susan Sontag, “[Our] culture [is] based on excess, on overproduction; the result is a steady loss of sharpness in our sensory experience… We must learn to see more, to hear more, to feel more”. Interpretations distract, experience liberates.

1 thought on “It’s Not about Your Culture or Heritage”