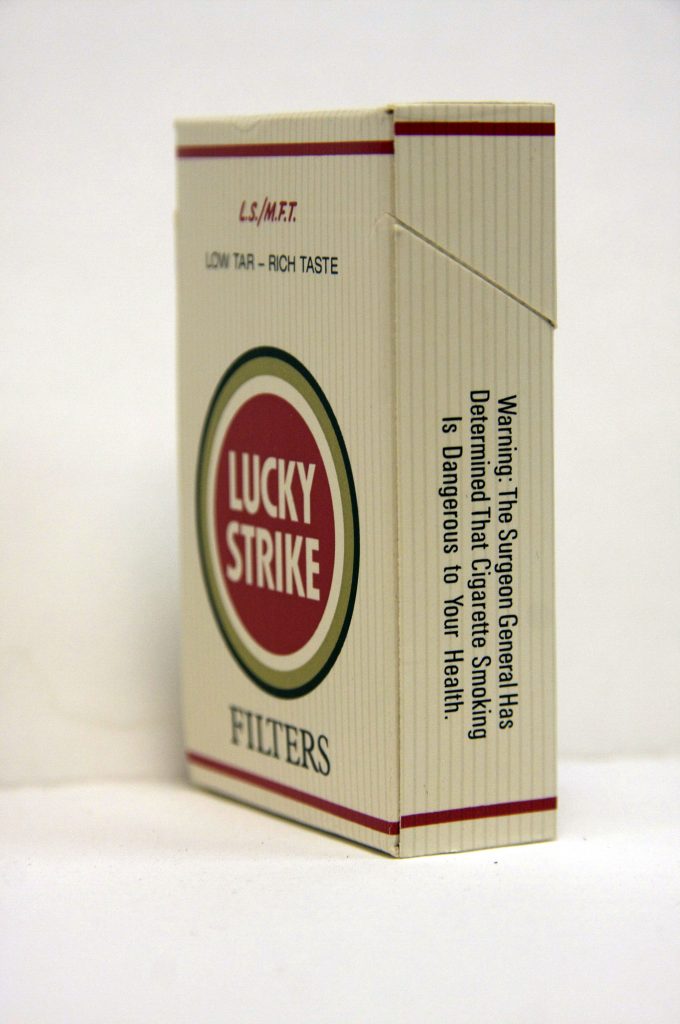 Starting in 1966, cigarette packages were required by law to carry a label that read “Caution! Cigarette smoking may be hazardous to your health.”