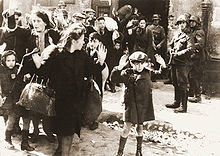 The recent flap over the January 27, 2017, official White House Press Release of President Trump’s Statement on International Holocaust Remembrance Day and its egregious omission of the primary victims of the Nazi genocide—the Jews—instead identifying and honoring “the [unnamed and unreferenced] victims, survivors, and heroes” beggars logic.  Coming as it did on the heels of the “Executive Order: Protecting the Nation from Foreign Terrorists Entry into the United States”—and attempting to temporarily ban legitimate refugees from seven predominantly Muslim-majority countries [Iraq, Syria, Iran, Sudan, Libya, Somalia and Yemen]—only compounds the absurdity of the Statement and reveals the astounding ignorance of those seemingly hard at work at 1600 Pennsylvania Avenue.  More to the point, however, one may also perceive the Statement as part of an overall commitment to whitewashing—yes, the word is pointedly chosen! —religious, ethnic, historical, and racial differences and diversities which remain unique to this experiment we call the United States in favor of a false homogenization whereby we are all alike, even though we are not.  Taken to its absurd extreme, it may yet prove to be but one more example, early on, of the President’s pandering to his own electoral base of primarily disgruntled white males on the economic fringes (both the haves and the have-nots) as a not-so-thinly-disguised attempt to re-paint American society in only one color and only one set of identifying labels (white, male, citizen, hard-working, Protestant, and/or what have you).

This is not the place to expound on the uncomfortable and dangerous reality that the so-called alt-Right politically conservative and potentially violent cluster applauds Donald Trump for placing their concerns front and center as its most famous representative former KKK leader and Louisiana legislator David Duke has publicly affirmed numerous times in various media venues.  It is, however, the place to take note that the slick, intellectual demagogue Richard Spencer (MA University of Chicago) of Whitefish, MT, (the irony here is transparent!) applauded the Statement as the “de-judification of the Holocaust” and decrying the event itself as “all about their [the Jews] meta-narrative of suffering” and a way to “undergird their [the Jews] peculiar position in American society”. Only last month, January, 2017, Spencer declared in a YouTube interview that “Trump is a white nationalist…so…he is ‘alt-right’ whether he likes it or not”.

Others have already addressed the issue of Holocaust minimization and its consequences, including Stacie Swain (“Naming and Erasing”, 3 February 2017) and Martin Shuster (“Holocaust Statements and Identity in/of/for the World, 9 February 2017), both in Culture on the Edge.  Less well-known, overlooked or not seen by most readers was the column by James Kirchik, a Fellow of the non-profit, non-partisan, tax-exempt Foreign Policy Institute and a columnist at the online Tablet Magazine, whose book The End of Europe: Dictators, Demagogues and the Coming Dark Age will be released by Yale University Press next month. Entitled “The Holocaust Should Never Be Minimized” (7 February 2017), it was a strident critique of the anonymous squib writer in The New Yorker who himself/herself castigated French-Jewish activist philosopher Bernard-Henri Lévy’s latest book The Genius of Judaism (New York: Random House, 2017. Translated by Steven B. Kennedy.) as falsely stressing the uniqueness or unprecedentedness of the Holocaust, and, by so doing, minimizing other genocidal tragedies.  Nothing could be further from the truth as an accurate and close reading of Lévy’s text shows.  As Kirchik would have it:

The competition for victimhood wasn’t started by Jews but in reaction to them.  The issue is not minimizing other historical tragedies in relation to the Holocaust but minimizing the Holocaust in relation to other historical tragedies…This is not just the realm of Holocaust deniers but increasingly progressives who, whether through conscious malice or sheer naiveté, speak of the Holocaust (when they’re not speaking of ‘holocausts’) as but one unfortunate episode among many, not a world-historic crime that singled out Jews first and foremost…The constant reminder that the Holocaust is unparalleled in human history comes not as a result of Jewish special pleading but rather it’s opposite: an insistence that Jews hog the world’s sympathy for selfish political ends. A major reason why Jews and others often feel a need to stress the Holocaust’s distinctiveness is because so many seem intent on emphasizing its ordinariness.

Such minimization and relativization smack of antisemitism (simply put, hatred of the Jews and Judaism which, in today’s volatile world, has also morphed into anti-Zionism and anti-Israelism). But that is a topic for another time.

Finally, falsely perceiving America as a melting pot (a term first coined by British author Israel Zangwill [1864-1926]) as a metaphor whereby various diverse societal elements through a commitment to the ongoing progress of the nation-state surrender their distinctive identities in favor of a more homogeneous identity (“we’re all really alike in America except for ….”) negates the richness of the American experience in favor of sameness, lack of difference and trumping (again the irony of word choice) historical and contemporary reality.

As the child of a refugee from the carnage of Hitler’s Europe, a naturalized citizen who fought against the Nazis as an American soldier and was seriously wounded in the D-Day Invasion in Normandy, France, 6 June 1944, but whose own parents were denied entry by an overtly antisemitic US State Department only to be murder in the death camp Treblinka in July, 1942, I choose to stand with all refugees to these mostly welcoming shores. Rejecting that past in favor of a momentary walled-in present is a violation of the very core values which have always made America great, even if at times overly mythic and more than unevenly actualized.