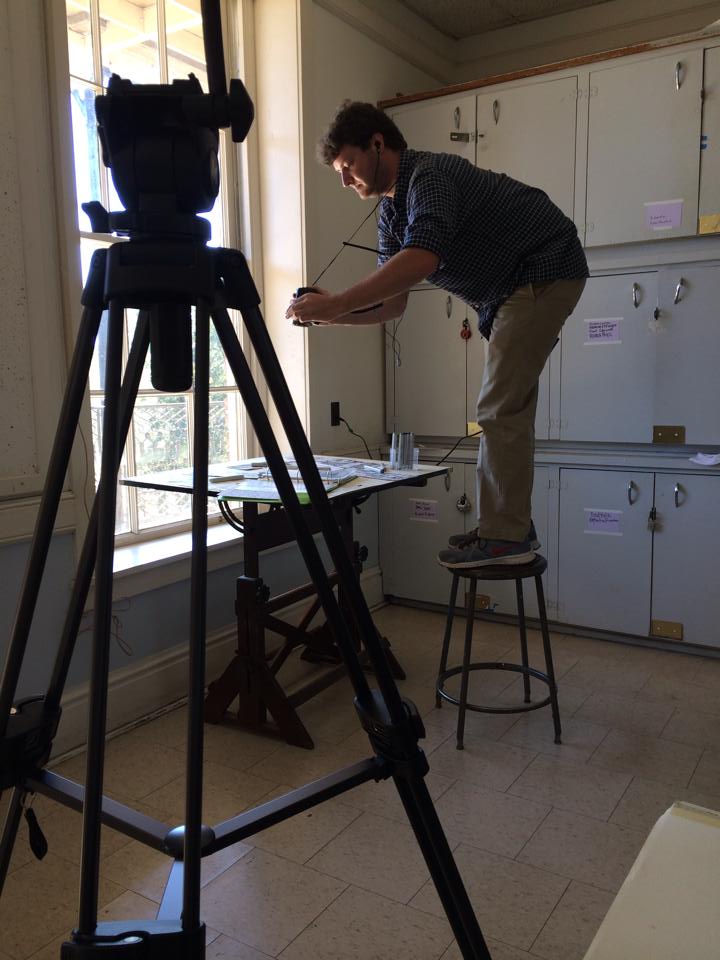 Russell McCutcheon wrote a post on this blog recently in which he talked about the history and development of our filmmaking ventures here at REL, and as a student worker heavily involved in producing the films, I felt the need to respond to his post. For about two years now I’ve been planning, directing, filming, and editing our department’s videos, with some help from Andie of course, and the process came with a bit of a learning curve. So now, as I pass my knowledge on to the next REL filmmaker, Caity Walker, I’ve assembled a “top 10” list of tips that I’ve learned over the years.

1. Planning is key. I really can’t stress this one enough. You might think that these short 2-5 minute videos we create shouldn’t require much planning, but you’re terribly mistaken. You can’t just throw these together overnight. They require location scouting, coordinating with students and professors, script writing, and practice runs. Have you seen Basil’s Big Adventure? It certainly took more than one try to imitate a squirrel’s movements.

2. Check the equipment, then check it twice. You can’t film an interview on an empty battery after all. I always check twenty-four hours before any shoot that the camera and microphones both have enough battery power and memory space. Five minutes of memory space left for a two minute video? That won’t cut it. Videos always require more shots and takes then you think, so go ahead and clear some space. Which brings me to my next tip…

3. Film each shot, then film it again. As I said before, you can’t just get by filming each shot only once. It might look good on the camera, but once you upload it onto your editing software there’s no telling what you’ll see. It might end up being too shaky for the stabilization feature to work, for instance. So go ahead and film three, four, or even five takes of the same shot. Even if it’s an interview. Your “actors” might not like having to repeat themselves over and over again, but tough luck. Not even Leonardo DiCaprio gets it right on the first take.

4. Play around with your editing software. When I started off with this gig, I had no idea how to use iMovie, much less the fancy-shmancy FinalCut software the department had recently purchased. My mentor Andie was well-versed in iMovie, but even she only knew the bare basics in FinalCut. So for a few days I did nothing but play around in the software, clicking on all the buttons and figuring out what each one did. While you’re at it, play around with your camera equipment too. Get a feel for how quickly the camera zooms in and out, how sensitive the mic is, etc.

5. Youtube is your friend. So you’ve spent some time fiddling around in the software, but still can’t figure out what a keyframe is? Turn to your friendly neighborhood Youtubers. You can find tutorials for just about any feature in FinalCut, or any software, for free on Youtube, and they’re usually quite good.

6. Your campus media center is also your friend. Want some one-on-one personal help on a project? Turn to your campus media center. Ours at Alabama offers free tutorials for students with a wide variety of software, including FinalCut and iMovie. They even rent out equipment. So if you have a resource like this on your campus, use it! Your tuition pays for it, after all.

7. Clean out old videos regularly. We use a MacBook to edit our movies, and video clips take up a lot of drive space. So be sure to purge your old and unused clips regularly. Have a backup space where you save copies of all the finished copies and raw footage–we use the share drive on our campus network–and only keep current project footage on the hard drive of whatever device you work on.

8. Patience is a virtue. Yeah, I know, this sounds cliche, but it really is true. Chances are you won’t be working with professionals here, so filmmaking takes time. The students and professors you interview are going to be pretty nervous the first time. It takes some getting used to being in front of a camera. Work with them. Share your “vision” so they know what you’re going for. Sometimes technology crashes too. It happens. Just walk away for a bit and try again another day.

9. Be ready to kill your darlings. You’ve been working for weeks on a project and finally have it done. There’s this one shot that you love in particular too. It’s perfect. It’s an Oscar-winner, baby. And then your supervisor scraps it immediately. It happens sometimes. You’ve got to be able to let it go, or repurpose it somehow. Take the criticism and make it constructive. These things take rounds of edits sometimes.

10. Most importantly, experiment and have some fun. Filmmaking is certainly a tiresome process, but it’s a fun one too. Producing our short movies has been the most exciting, fun, and rewarding part of my job here at REL. You’ve got a silly idea but are too worried it won’t make the cut? Put it out there anyway, see what happens. If you’re not having fun then you’re probably doing something wrong.

I hope these tips are helpful for future filmmakers here at Manly Hall, or even interested departments at other institutions. I think it’s fair to say that our students, professors, parents, and colleagues in other departments love our videos, so I think it’s a venture worth taking for any department. 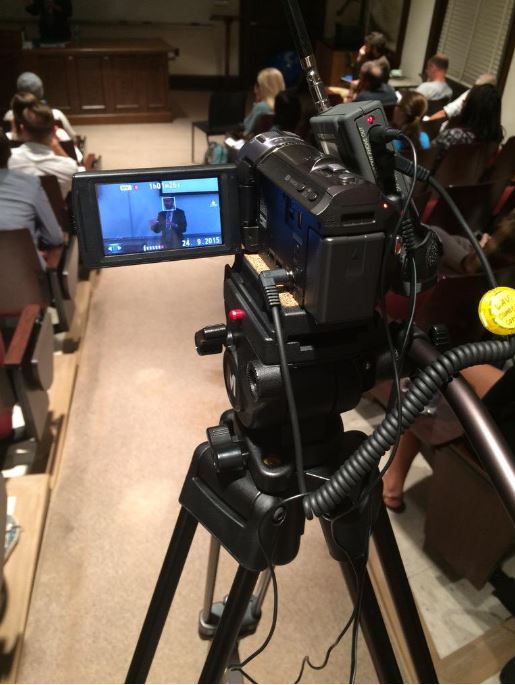