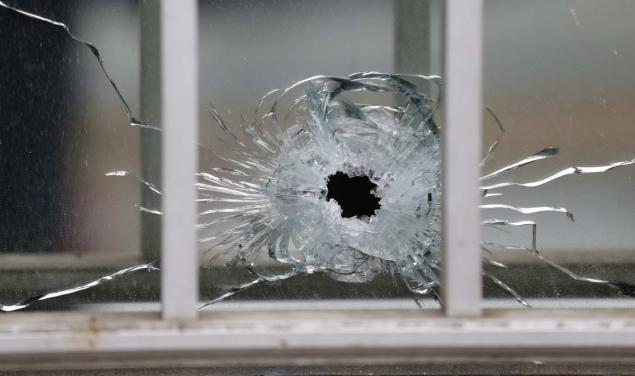 After a lovely dinner at a restaurant the other night, with my mom and husband, we came home, checked our cell phones, and were consumed by the unfolding story about the attacks in Paris.  In the flurry of articles trying to make sense of the situation, “Crimes Jihadists Will Sentence You to Death For,” caught my attention.  Its argument mirrored many of the discussions that were happening on people’s Facebook walls – there’s something so distinct, so different about ISIS, its religion, political aims, use of violence, that renders it beyond comprehension.

In our class on Tuesday, students in REL 370: Islam and Modernity read J.Z. Smith’s “Differential Equations: On Constructing the Other.”  In this article, Smith is concerned with the ways in which we theorize difference. In particular, he explores three models of the ‘other,’ heavily critiquing the third.  This third model, which he says is the only one to be elevated to the level of theory, is the most incorrect, for in this model, the ‘other’ is assumed to be intellectually or linguistically unintelligible.

This is exactly what Jeffery Goldberg does in his piece.  By compiling a list of 32 acts during which people have been killed by ISIS members or their sympathizers, Jeffery Goldberg argues that militant Islamist must be credited “with possession of a well-developed supremacist theology of global expansionism, and with a desire to resuscitate medieval values.”  According to Goldberg, the other, ISIS,  is medieval and opposed to modernity, so much so, that “militant Islam’s war on pluralism and modernity has a thousand fronts.”  Its members will therefore condemn people to death for activities like vacationing, shopping, working, banking, using public transportation, going to school, living or working in the wrong country, practicing a different religion, being a member of the military, or partying at a nightclub.  The list of activities goes on and on, painting a picture of a group of people who are wholly unintelligible to us.

This type of analysis is found in more than just Goldberg’s short piece. For example, in response to the Paris attacks, people on social media have begun recirculating Graeme Wood’s “What ISIS Really Wants.”  Wood argues that ISIS is unique, because these are not jihadists who “are modern secular people, with modern political concerns, wearing [a] medieval religious disguise.”  Instead, “much of what the group does looks nonsensical except in light of a sincere, carefully considered commitment to returning civilization to a seventh-century legal environment.”  Again, ISIS is rendered intellectually unintelligible – not just to modern society but other terrorist groups as well.

But labeling ISIS as unintelligible obscures more than it explains.  For one, it distracts from questions of motive.  The group’s ideology is instead presented as always existing (or at least existing since medieval times) and as permanently linked to something called the Islamic tradition.  Yet in “Differential Equations,” Smith argues that we should study and theorize difference along a continuum of overlaps and gaps, because this language of the ‘other’ implies some kind of absolute, unchanging difference and, as such, it’s incapable of understanding that, to pick but one example, there is a history to ISIS and thus a need to understand the various geopolitical conflicts and, even, the role of the United States and other European powers in creating the conditions (e.g., political instability in the region) that have contributed to the creation of ISIS.  Moreover, understanding the wide variety of Islams we see today, there is also nothing essentially Islamic about ISIS.  In fact such claims rest on problematic assumptions about the timeless uniformity of tradition, but repeating over and over that they are looking to restore Islam, based upon Islamic sources (as if these two are each unquestionably self-evident and uniform), make it seem as if it is.

Presenting ISIS as the undiscernable ‘other,’ makes it easy to overlook the possible reasons why three out of the four identified Paris attackers were French citizens (the fourth one, presumed Syrian because of a passport found at the scene)—something that needs to be analyzed more closely if we’re serious about understanding the causes of these actions. Failing to do this, there is no need to look into, say, ways multicultural policies in a variety of liberal democracies may be contributing to the creation of ‘homegrown’ extremists.  Moreover, foreign policy is influenced by these problematic assumptions, which justify increased military action or lead to Alabama’s governor refusing to take Syrian refugees without consideration of the potential political fallout and increased radicalization that may result.  Failing to see these attacks as perpetrated by people with motives (regardless how strongly we may disagree with them) it becomes unnecessary to analyze the ways in which ISIS uses highly visible attacks to project an image of power that may not reflect reality.  Presenting ISIS as unintelligibly ‘other’ also obscures the ways in which ISIS depends on and is shaped by modern ideas about god, politics, nature, nation states , citizens , and violence.

I hope that my students, confronted with such horrific events, will not dismiss the attackers but, instead, begin to see the ways in which our studies from class can help them to navigate the unfolding analysis needed to make sense of this and do something about it.  For as Smith argues,  “the real urgency of theories of the ‘other’ emerges, called forth not so much by a requirement to place difference, but rather by an effort to situate ourselves.”