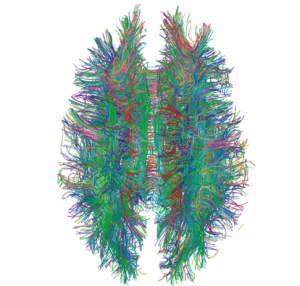 Reading about Steve Quartz, who studies what happens when people experience something “cool,” made me think of our department, not because we are cool (although that is a reasonable connection), but because the label “cool” has no set definition, much like the category “religion”. People assume that they know it when they see it, but no consistent definition is possible. The Guardian article declares,

Put simply: cool things activate a pleasure center in the brain. “The concept of cool isn’t that complicated,” Quartz said. “But it’s interesting to look at how it gets played out. Cool is a social attribute, and as we dug into it, we saw that the concept has changed over the last forty or fifty years, from opposition and rebellion in the 1950s to today, where it is much more of a pro-social idea.

So, much like the category “religion,” what counts as cool has changed over time, as society changes what it deems cool. In this sense, what is “cool” is a social construction that varies not only over time but in different social groups.

Quartz argues that when society only offers a limited number of routes to elevated social status (say, professional success in the corporate world), then sub-cultures develop which offer their own pathways to approval: having the newest motorcycle, for instance, or knowing the most about the latest music.

Quartz and his colleague Anette Asp actually study the neural processes activated when people respond positively to marketing efforts on a more emotional frame, what they describe as the sensation that something is cool. As they study marketing, I wonder if their choice of the label “cool” for their work is actually a decision to make their research and their recent book (titled Cool) more broadly appealing.

In the academic study of religion, the absence of a precise definition for the category religion is similar. Decisions about what fits the category, particularly efforts to argue that various things, from Coca-Cola to flyfishing, are religious or sacred, is a similar marketing move, making those objects of study more appropriate for a scholar in the discipline and perhaps research on those topics more marketable. The questions that people have at the beginning of a study frequently influence what they notice, meaning that people often observe exactly what they assumed would be the case, the “religious” quality of particular activities and experiences.

What’s cool about our department is that much of our time is spent analyzing the different ways people (scholars, practitioners, opponents) use the category religion, rather than debating what is in the category. If we accept the position that these categories are social constructions, then developing a final definition is foolhardy. What is much more interesting is seeing how people find the category useful for various ends and define it accordingly, from authorizing a particular activity as valuable, even unquestionable, to promoting their status and marginalizing anyone who participates in activities deemed unacceptable. Studying those dynamics is what makes studying religion cool.