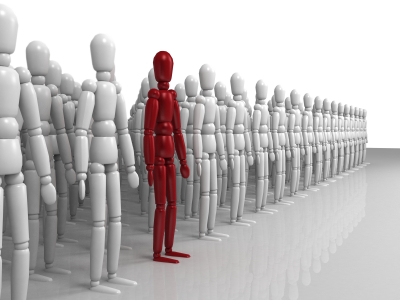 Robert Scholl is a senior at the University of Alabama studying Middle Eastern Studies. Mr. Scholl comes from Norcross, Georgia. He wrote this post as part of Dr. Ramey’s course, REL 321: Religion and Identity in South Asia.

Identity is impacted greatly by those around you and how they perceive you. Due to this fact, both your own identity and your inclusion within society are strongly dependent on these labels used by society to define you. This is the case with the “terrorist” group ISIS (Islamic State in Iraq and Syria).

ISIS has claimed that they are practicing the proper form of Islam and are fighting to not only preserve their Holy Lands, but also to rid the world of the infidels (non-Muslim westerners and traitors to Islam) and establish an Islamic state within the Middle East founded upon their interpretations of Sharia Law. In order to accomplish this destiny, they are resorting to violence, public executions and guerrilla warfare.

In response to these brutal attacks on civilians and disregard to national boundaries and laws, Egyptian grand mufti Shawki Ibrahim Allam, head of Dar al-Iftaa, has condemned the name of ISIS in the name of Islam. Another name has been issued by Islamic religious leaders for ISIS, which is QSIS, or al-Qaeda Separatists in Iraq and Syria.

Shawki Ibrahim Allam states that he “aims at clarifying the tarnished image of Islam across the globe due to the terrorist group’s horrendous act of attaching the name of Islam to their appalling acts which could not be justified under any religion or creed.”

As a renowned Muslim leader within the Middle East, the grand mufti has been recognized internationally as a servant of the “true” Islam and has much more clout behind his words and actions than ISIS. With this in mind, even though ISIS claims to be acting out their interpretation of Islam, they have not received acknowledgement as an Islamic organization by much of the world’s Muslim populace. Without this recognition of Islamic identity from the established Muslim world, ISIS is under siege of losing its Islamic claim.

In addition to the Egyptian grand mufti’s stripping of ISIS for QSIS, Saudi grand mufti Abdulaziz al-Sheikh also declared that “extremist and militant ideas and terrorism which spread decay on earth, destroying human civilization, are not in any way part of Islam, but are enemy number one of Islam.”

While personal identity is about what you classify and claim for yourself, your identity is created and defined equally as much through the recognition and acceptance of society. In the case of ISIS, or should I say QSIS to be politically correct, their self-proclaimed identity as patriots and activists of Islam is being stripped by other self-proclaimed Islamic organizations; however, these Islamic entities attacking ISIS are more greatly recognized on a global scale as being “Islamic.” Even though self-identification is half of the battle for identity, the other half is acceptance into the desired label by insiders and outsiders alike. This is what ISIS lacks; they have created their own identity as the supposed true and reformed Islam, but are not only being discredited by non-Muslim actors, but also alternate Muslim identified groups.

Labels and identity are all we have to classify ourselves within society in order to belong. Yet, belonging takes more than claiming a title, citing a few recognized verses from an ancient text and dressing in a certain garb. Belonging requires acceptance by those who also claim the desired title and identity. The case of ISIS is a perfect example of how regardless of your claims and the proposed truths you obtain, societal rejection from the group can be the feather that breaks the mule’s back.