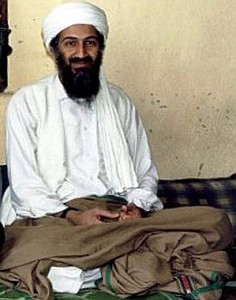 Katie Fortin, a native of northern Vermont, is in her senior year of undergrad at the University of Alabama. She is currently working towards a degree in English with a minor in Religious Studies.

When you hear the word “terrorist” what do you think? You probably imagine a dark skinned Middle Eastern man. But why is that? Why don’t we picture someone like Timothy McVeigh, a white American, who was responsible for the Oklahoma City Bombings of 1995, the largest domestic terrorism act until 9/11? For me, the answer lies in a couple of questions we’ve discussed in a multitude of the courses I’ve taken through the Religious Studies Department: Who gets to tell a story? And what effect does that have on our society?

These are the questions I had in mind when I strolled across an article titled “So, did you guys hear we caught a terrorist last week?” The terrorist in question was Robert James Talbot, Jr. a white radical right wing conservative from Texas. Mr. Talbot’s objective was to stop the New World Order, Banking Cartels, and Muslims. His plan was to rob banks to fund this revolution and then blow up mosques along the way. Fortunately, the FBI was able to thwart Talbot’s plan before it could be executed, because he so cleverly recruited members through a public Facebook group called “American Insurgent Movement.”

It’s great that we were able to stop an attack before it could be executed, but why didn’t we hear about it? Most of the articles reporting on this incident are local Texas news sources. It wasn’t a national, widespread story. The shoe bomber and the underwear bomber were both stopped before they could attack, but both still made national news (neither were white, and both had ties to Islam). So why didn’t we hear about this one? This brings us back to the question: who gets to tell a story?

The classes that I’ve taken in this department have taught me that the ones who get to tell the story are the ones who are in control. They hold the power, and the way they tell a story can have a significant impact on society. Because the executives who hold the power to determine how people are represented are predominately rich and white, people of color are highly underrepresented in that decision making process, while some white executives have much of the power to sway public opinion. Because of the way a white majority controlled media represents Muslims, the label has become almost synonymous with terrorist. They have taken this definition of the identity of terrorists and constructed it to fit their own personal and biased views, and continue to effectively pass those views on to the people reading their newspapers and watching their news channels.

So why didn’t we hear about Robert Talbot, Jr? Probably because he doesn’t fit the stereotypical identity of a terrorist. He was not a person of color, and he wasn’t Muslim. He was your average Joe white guy from right here at home. He doesn’t fit the identity of terrorist that we have constructed for ourselves. Had he been black or Middle Eastern, or been a Muslim attacking Christian churches, it would have been all over the news, because that is what we have come to expect a terrorist to look and act like.  Our definition of terrorist doesn’t seem to include people of all colors–just anyone who is not white.

This article excellently shows the way in which the side from which a story is told has a significant impact on the way we construct an identity, and furthermore the way in which that identity affects the world we live in. The ones who get to tell a story or implement their construction of an identity hold a lot of power in swaying public opinion, and it can often have negative consequences. So, next time you pick up a paper, pay attention to whose story is being represented and who is constructing that representation.

One thought on “What Makes A Terrorist?”