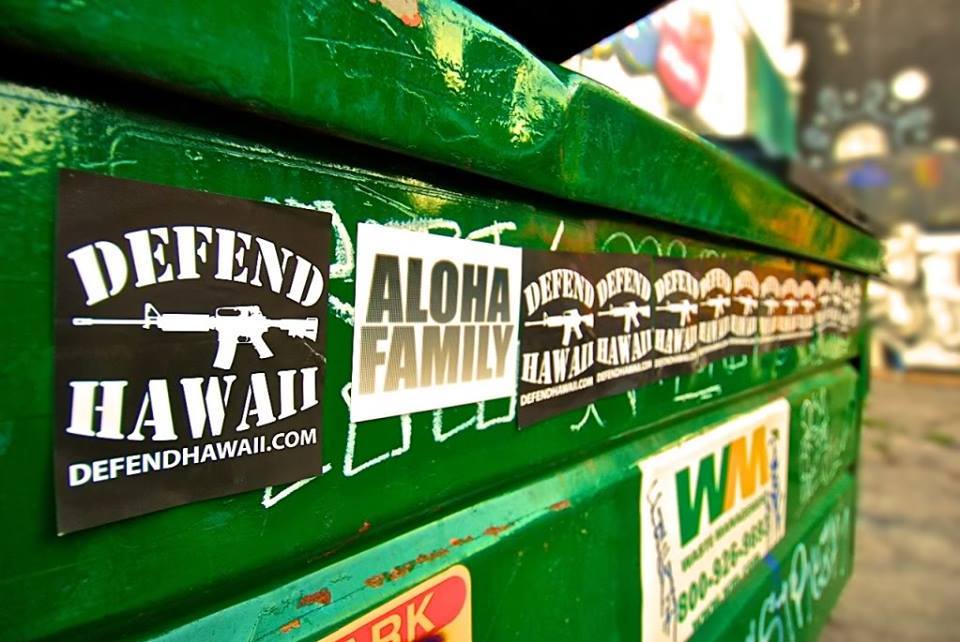 By Colin McElvenny
Colin McElvenny graduated from The University of Alabama in 2011 with a double major in Religious Studies and Psychology. Currently, he lives in Hawaii on the island of Oahu teaching biology and human physiology at Leilehua High School.

I’ll be honest. When I was first offered a position teaching biology and human physiology in Hawaii, a few thoughts came to mind instantaneously. The first being, “Thank god I got placed in paradise”. Quickly that notion was overrun by the idea, “I was a religious studies major, how the heck will I be able to teach biology and physiology?” At the time I had immense fear as to how I was going to teach content in which I had very little experience with. However, because of my studies at UA, I was able to use a critical lens in order to begin understanding Hawaii’s unique cultural and historical background and some of the ways in which my students and the people of Hawaii craft their identity. Eventually the first week of school showed up like Kramer sliding into Seinfeld’s apartment. After one of the first days of class a student of mine approached my desk. For a second I considered calling up Saban and telling him about this college sized linebacker of the age of 16. As he walked up, I noticed his shirt. It was completely black, except for the white words Defend Hawaii and the silhouette of an AR-15 assault rifle (same image as pictured above). This was the first time I was consciously aware of a cultural representation of a contemporary Native Hawaiian reality on a shirt. Although the design is simplistic, I perceived the shirt as having an immediate sense of abrasiveness to it. It had a purpose, yet I could not figure out what that purpose was. As with most symbols used to represent cultural identity, the meaning of the shirt was not innate, especially when considering a mainlander’s viewpoint such as myself.

He eventually sat down and we then began to have a conversation on the meaning of his shirt. He described how all Hawaiians are interconnected by the spirit of aloha, the Hawaiian way of life. He continued by detailing Hawai’i as a cultural melting pot at risk of overflowing, eventually with the long valued traditions, beliefs, and values of Hawaiians being cleaned away from the sides of that pot. Because of this, he explained, the symbolic use of the AR-15 was meant as the highest level of defense rather than a sign of provocation. He finished by saying, “To defend Hawaii, is to defend aloha.”

The shirt clearly had a profound meaning to my student as it encapsulated his values and beliefs, or at least the fortification of those. Recently, the Defend Hawaii shirts have garnered much popularity with a variety of designs (usually with modern weaponry involved) now available. With the popularity, much controversy has begun to build in local media outlets. The shirts are viewed by many as anti-American, or anti-haole, a term with an interesting history of it’s own, usually used in reference to an outsider, or a white person explicitly.

The shirts, or more specifically the symbolism, have been argued as a possible catalyst to create a racial/cultural movement of youth that could eventually lead to violence. In many ways, the controversy seems like a classic case of insiders and outsiders having varying interpretations of the usage of symbols to represent a cultural identity. A point of contention by many is how an AR-15 is used to represent the defense of Hawaiian culture and ideals, possibly even anti-American/mainland ideals, when that very weapon was designed and is used by the American military. With this reasoning, some have alleged the symbol is flawed in the way in which it is used, making it invalid. The notion that Hawaiians cannot take a facet from American culture and use it in defense or against that culture, in some ways, affirms the plurality of symbols as well as their fluidity in order to shape group identity. Although a symbol may have had a specific beginning with a particular determination, alterations to it can happen overtime through a natural growth process or through purposeful reappropriation of it. I am reminded of discussions had in Dr. Ramey and Dr. Jacobs courses; specifically how swastika, a Sanskrit word literally meaning, “it is good” and a symbol of good fortune was, as we know, adopted by the Nazi party as means to a very different end. We can also see the plurality and fluidity of symbols in the origins of “Defend Hawaii” as its usage comes from the Black Panther Party for Self-Defense. The image was widely popularized with the slogan “Defend Oakland,” which was used not only 1970’s/80’s, but also again in the ‘neo-revolutions’ of the Occupy Movement. That specific weapon is also accepted as a symbol specific to the BPP. This is an interesting parallel in regards to populations (be it African Americans or Native Hawaiians) who feel as though they are being exploited, marginalized, oppressed in spaces and physical landscapes they consider to be their own.

After I started getting a better idea of the Defend Hawaii movement, I got the chance to continue the conversation with my student. He stated that the traditions that his ancestors found so important were smothered with the influx of newcomers and the overthrow of the Kingdom of Hawaii by the American government. Because of this, he expressed the need to protect his culture the best he could within the limitations set by the outsiders, and wearing a Defend Hawaii shirt with an AR-15 is one way of doing just that. He finished by saying, “I do not want my paradise lost in the same way my ancestors lost theirs.”