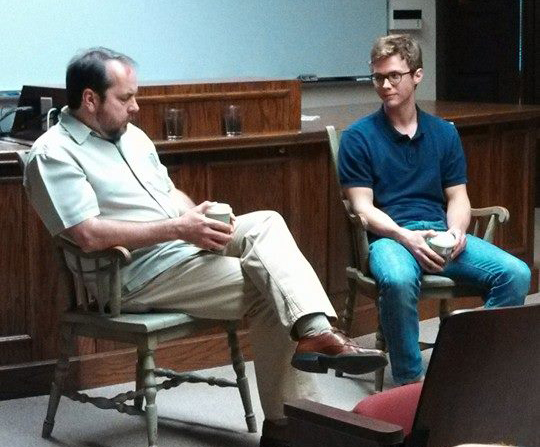 On March 31, 2014, the Department hosted its fourth (and final for 2013-14) “There and Back Again: A Grad’s Tale” event. For this event, Prof. Russell McCutcheon talked with REL grad John Lyles about what he’s been up to since he left Manly Hall in 2010 after earning his B.A. in Religious Studies, with a minor in Biology.

While John was at UA, he was very involved in the Department as an RSSA officer and student worker. He still holds claim to the title of Bulletin Board Designer Extraordinaire, too!

After graduating from UA, John was accepted into medical school at the University of Alabama, Birmingham (UAB), where he is currently finishing his last semester. He recently completed the interviews for a pediatrics residency and will be graduating this May 2014 and heading to Washington DC, along with his spouse, Mary-Katherine (who also came to the event), who is an Occupational Therapist and who is also a UA grad. 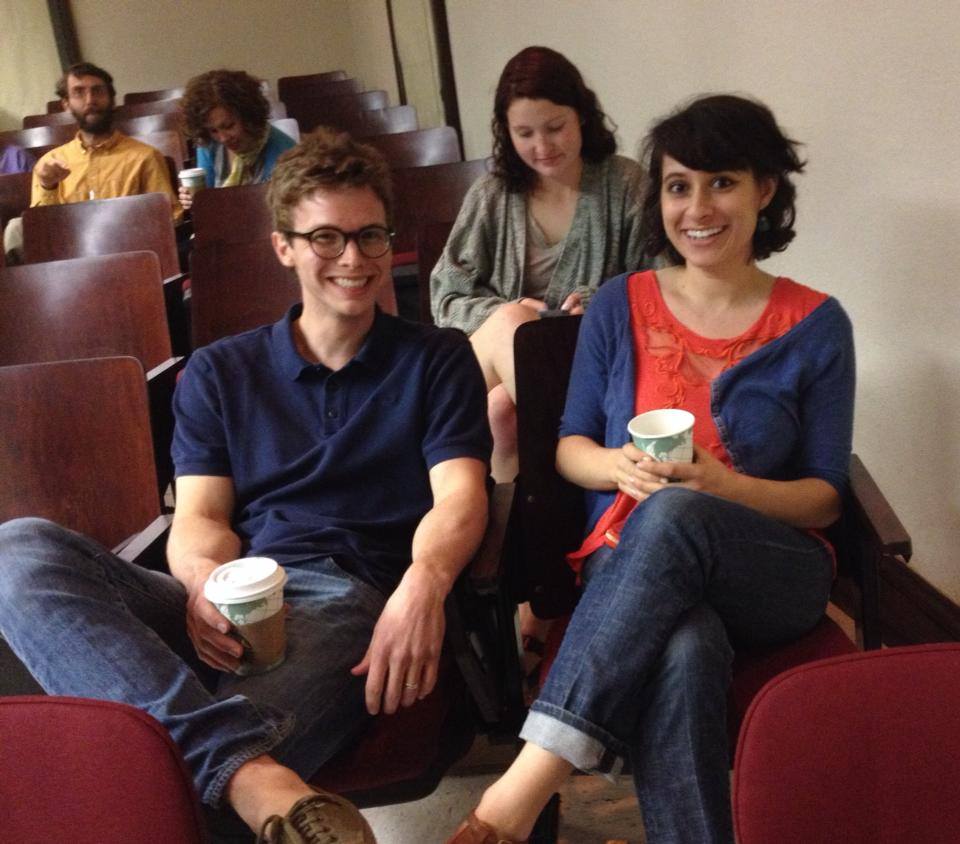 John led a great discussion highlighting some of the skills he acquired in the Department and how they’ve transferred to his work in med school and their relevance for his future career. His talked sparked some great discussion with the students afterward. It was a great way to wrap up the Grad Tales events for the year, and we look forward to kicking them off again in the fall. 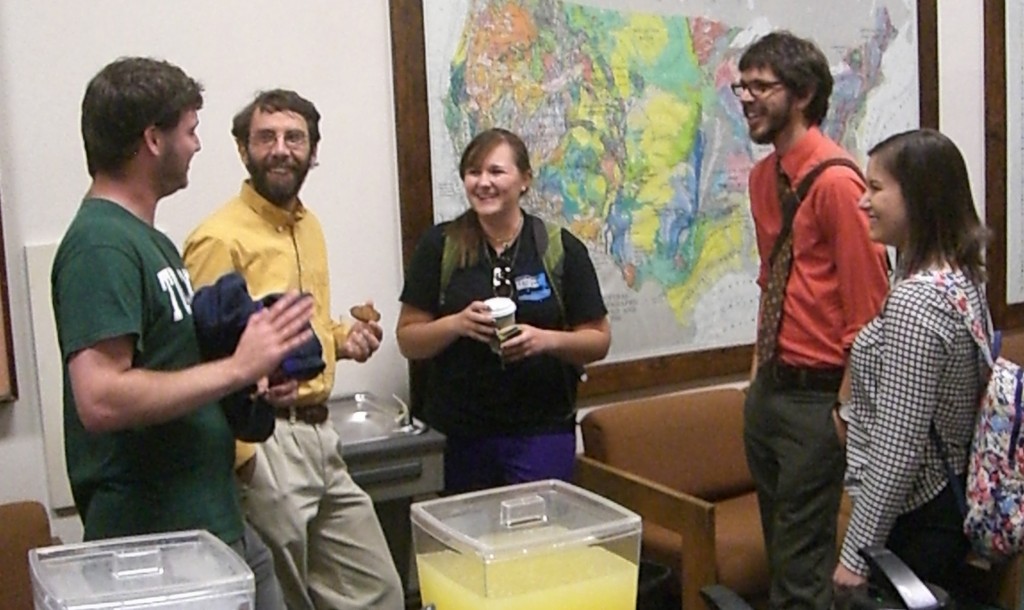 Of interest is that John recalled for us touring the UA campus while finishing high school; he’d already decided that he wanted to study religion here but he wanted to learn more about the Department, so he set up a meeting with our very own Dr. Jacobs who sold him on not just studying but majoring in REL. Turns out that was a pretty good decision.