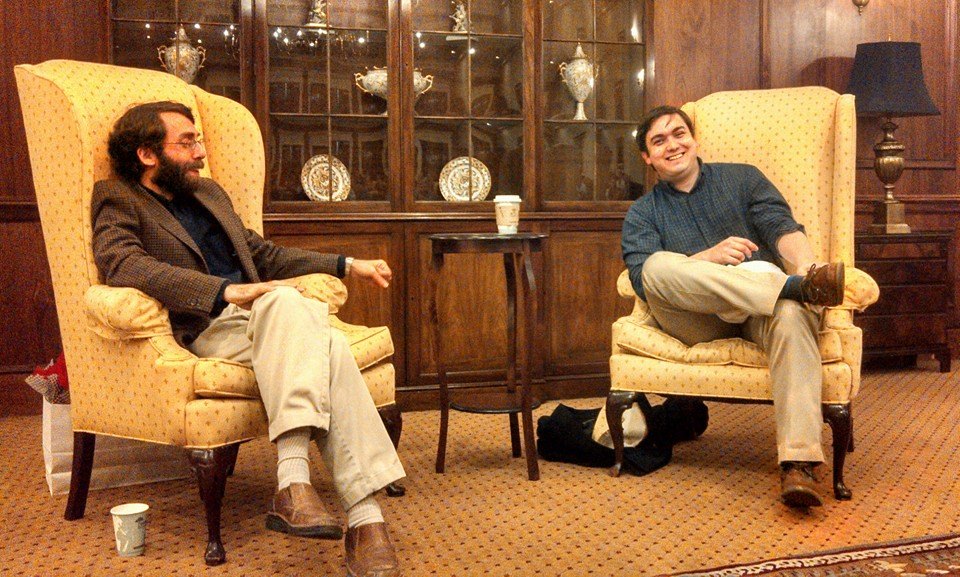 On February 5, 2014, we sponsored the third “There and Back Again: A Grad’s Tale,” this time hosted by Prof. Ramey. Our guest was Ben Simmons, who graduated from UA in 2009, with a B.A. in Religious Studies and History, and who came to town for the night with his wife (also a grad of UA) and their young son.

Ben is a partner in BearFace Media. As described on their site:

Our story begins in mid 2009 when Benjamin Simmons began to develop a business model for buying and reselling books and other media products on Amazon.com. It began as a hobby and side-job, but quickly escalated into more than that. When he realized just how much opportunity there was in the world of eCommerce for a group of like minded individuals, particularly if they were tech savvy, Ben decided it was time to take the business to a higher level, and he approached his friends and colleagues, Ted Mumaw and Neal Thompson….

Those of us old timers in REL recall Ben doing just that — buying and selling on amazon.com — while he was a student here, back when he was working with Prof. Ramey and writing papers on Sanskrit epics involving a monkey king. Who would have thought that now, a few years later, this REL grad who once thought of either seminary or maybe graduate work in the study of Asian religions would be knee deep in web design, programming code, eCommerce, selling “nerdy” t-shirts online, and Skyping much of the day with clients and colleagues around the country, all from his home base in Daphne, Alabama.

But the most interesting part is that Ben doesn’t see too much difference from those earlier academic interests and what he now does (something he’s already elaborated on for this blog). And teasing out the similarities, despite the differences than many might at first see, was the topic of that evening’s Grad’s Tale.

As Ben phrased it, he felt his time in REL taught him the things he needed to know to then teach himself how to fish. Maybe that ought’a be on a t-shirt, Ben… (Yes, a few t-shirts were tossed into the audience.) 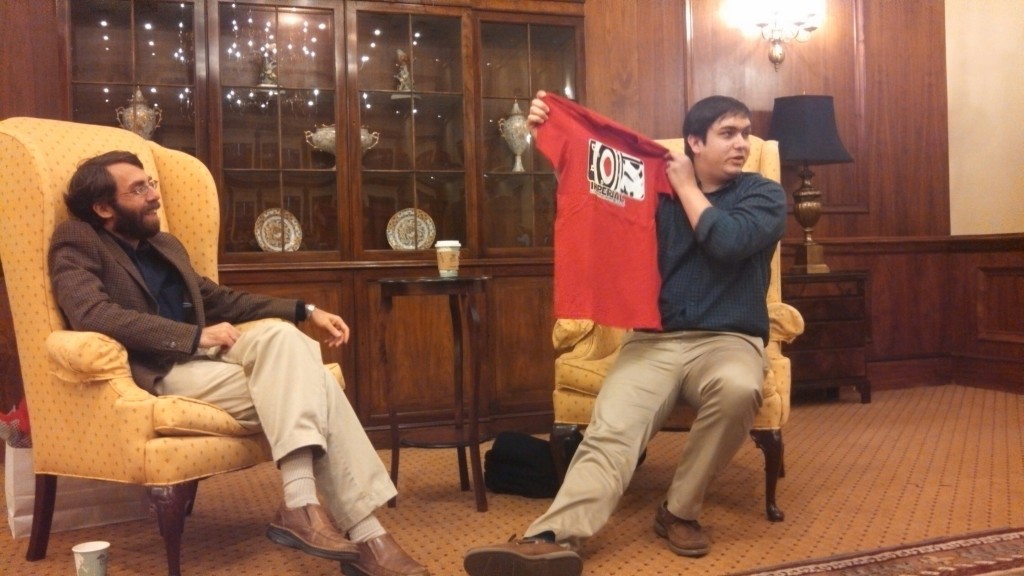 Our fourth “A Grad’s Tale” event is currently being planned for April. So stay tuned…