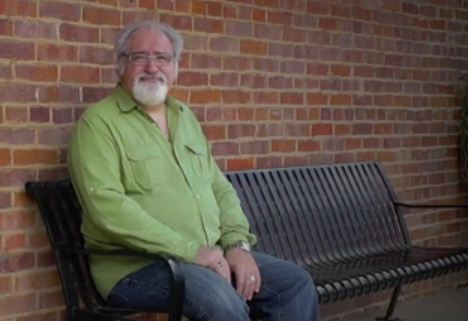 From where do you hail?

I was born in Baltimore, MD., grew up in Silver Spring, MD, just outside of Washington, DC, and lived ~ 7 minutes from the University of Maryland, which is why I went to undergrad in Pennsylvania!

Could you tell us a little bit about your undergraduate degree?

I went to Penn State, main campus University Park, in the mountains and center of the state, where I majored in both English Literature (particularly Mark Twain and Charles Dickens) and Secondary Education, and then taught High School English in a little town (no stoplights and no movie theatre!) outside of Philadelphia before grad school.

Do you recall how you first heard about the study of religion?  Any memories from early classes stand out as helping to hook you on it?

During my sophomore year, I took 3 classes in Judaic Studies (all that PSU offered; now they have a program and faculty!) and junior and senior years in “religion”—I studied Hinduism with a Ph.D. Buddhist priest; Catholic philosophy with a Ph.D. Roman priest; and civil religion with Conrad Cherry—and I was hooked, though then a bit too late to change my major!

During my undergrad years, I worked for the National Institute of Neurological Diseases and Blindness in Bethesda, MD, the U.S. Army at Cameron Station, VA (at the time the world’s largest military commissary), and sold shoes, all to help pay for my education.  Because I then went on to seminary before grad school, I also worked in congregational settings in Birmingham, Mobile, Huntsville, AL, and Dallas, TX, all before coming back to Alabama (where I was a Visiting Professor in the Department from 1988-1990).

How did you first get interested in your own specialty?  What intrigued you?

As a Jewish person, Jews and Judaism have always been a decided part of my own identity, and both seminary and grad school allowed me to explore historical and contemporary questions which have always “intrigued” me, particularly issues of survival, adaptation, and change.  Also, because my late father was a refugee from the carnage of Nazi Germany, the exploration of the Holocaust and Holocaust-related issues was, at least for me, a natural intellectual progression which has since broadened out to explore both historical and contemporary genocides as well, and, here at UA, the overall topic of religion and violence.

I would also define my training as classical Wissenschaft des Judentums (“the scientific study of Judaism—a very European orientation) with an emphasis on languages (for me Hebrew and German) and the intensive reading and analysis of texts, but always within their own historical contexts.  Thus, my Master’s in Hebrew poetry and the work of the “Father” of Modern Hebrew Literature, Chaim Nachman Bialik (1873-1934); and my Doctorate’s focus on the Dead Sea Scrolls, specifically one called M’gillat Mikdash/The Temple Scroll (a text which incorporates the first five books of the Hebrew Bible/Old Testament—Gen., Ex., Lev., Num., Deut.—into one continuous manuscript, with mega-questions about its provenance).

Are you serving on any interesting committees currently, either for the wider profession or here at the University?

Here at Alabama, I serve as a Student Judicial Affairs Hearing Officer representing our faculty on issues relating to non-academic missteps, primarily drugs, alcohol, and sexual harassment. I was appointed to it by Dr. Witt when he was our President and is now our Chancellor.

Professionally, I serve on a number of international boards relating to genocide; I just accepted a board position for the Midwest Jewish Studies Association, and am currently the U.S. Associate Editor for the Journal for the Study of Antisemitism.

On what are you currently working in your own research and writing?

Two articles—“Teaching the Introductory Judaic Studies Course @ The University of Alabama” (journal article) & “Teaching Jesus @ The University of Alabama” (book chapter)—and two conference presentations:  one on genocide (for a conference in February) and one on the Holocaust (for a conference in March).  After that a research article on someone who denies that the Armenian Genocide of the early 20th century ever took place and, by extension, rejects any comparisons whatsoever with the Holocaust.  During my Sabbatical in Spring 2015 (and summer), I will be working on a book tentatively entitled The Texts of Hate: From the Bible to the Present Day, which is a historical-literary analysis of the major hate-filled texts of the last 2,000 years.

There’s always another book to be read or essay to be written, but are there other things apart from academia that you enjoy doing?

Oh, that’s the easiest question of all!  As the “oldest” member of the department chronically—but definitely the youngest at heart (after Professor Simmons’s new son, Arlo, of course!)—we now have five grandkids, ages 13, 9, 8, 6, and 4—so spending time with them since they all live close (Birmingham and Greenville, AL), remains a great source of joy.  And since my wife is also an academic (she’s Chair of the Department of Education at Birmingham-Southern College), we enjoy, whenever possible, going to each other’s conferences, seeing old friends and meeting new people, traveling in general (we have been to Germany, Poland, Israel, Canada, and Japan together; and I have been to Bosnia and Kurdistan alone, while my wife has been to Ethiopia and Ghana alone), movies a lot, and exploring new restaurants always accompanied by a good bottle of wine.