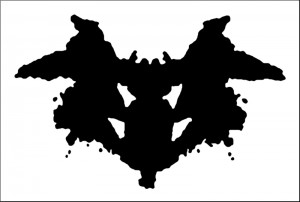 Hannah Etchison, a graduating senior majoring in Religious Studies with a minor in Asian Studies, spent six weeks of this fall in India, staying primarily at a monastery where she learned from the women staying there and helped them with their English. Don’t miss her previous posts about her experiences (Hannah Goes to India 1, Hannah Goes to India 2, iPhones, Monks and the Images We Construct).

This Buddhist temple smells exactly like the temples in Japan.

Buses are horrible in India, but at least they aren’t as pricy as Japan, and people are more helpful.

It’s so much more expensive to live in Japan than it is in India!

I can’t help it. My only other long trip abroad was my five month stay in Tokyo, so when I spent six weeks in India, everything was automatically set against a comparable experience I had in Japan. Everything I saw and did was flavored with my past experiences, foremost among them were my other experiences travelling. In addition to my travelling experiences, certain subjects gained special interest for me because of the work in identity theory I had done in my undergraduate career. I certainly don’t think that my friends’ descriptions of themselves would garner as much careful interest from someone who had not participated in my field of study.

As seen in my last blog, I am a little obsessed with how people identify themselves. My fascination with my Tibetan friend was only one example, although a particularly interesting one for me. But perhaps these issues would go unnoticed by an architect who came to India to design buildings. Perhaps he would see the way ancient and modern architecture worked in India, and spend time admiring the differences between his country and India’s designs. Perhaps my mother would be reminded of Germany by something she saw there. She would certainly spend time comparing the chai with England’s tea tradition. My Persian friends might hear the similarities in Hindi. Even I heard them, but only because I have Persian friends. Would you have known that Farsi and Hindi sound similar? That they have a connection in Kari Boli and Urdu? Or perhaps to you it would just sound foreign.

Your experiences make you experience things differently, just like mine do. Each time we learn something, see something, or even smell something, it flavors or tints everything else we will ever do or see. It gives us one more point of comparison, another piece of information to plug into the interpretation that happens automatically in our minds.

In other words, nothing just “is” because “it” is interpreted by a mind. The intention is utterly exempt and the interpretation is as varied as the interpreters. Roland Barthes may have limited this idea to readers (see “Death of the Author”), but it is more widely applicable than to the literate. Although in my field it is quite passé to think there is an “essence” to anything, even if there was it would be hard to prove since everyone can see the same thing differently. This principle can be seen in Rorschach Blot Tests and abstract art, among other examples. The author and the essence are dead, and the India I saw would not be the India you see.

The only conclusion lies in what my father has always told me: “Everyone you know knows something you don’t know.” Listening and learning from others, in other words, will expand your own knowledge and change the way you see the world, invariably.