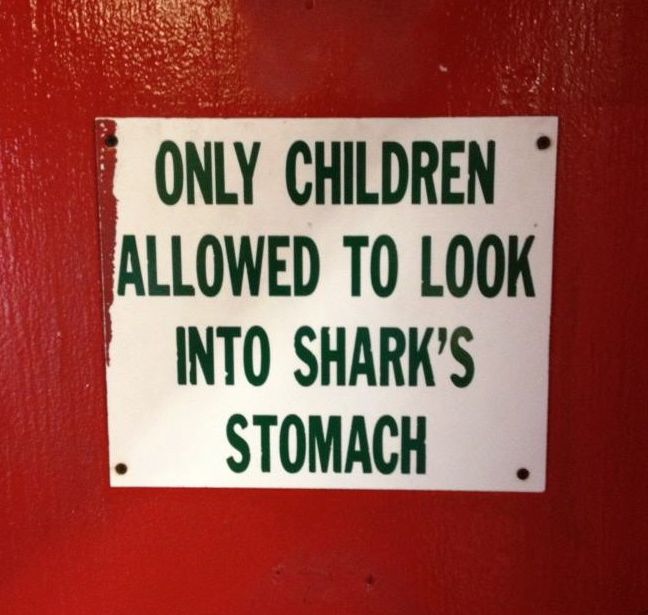 By Melanie Williams
Melanie printed her diploma on sheepskin using an HP OfficeJet 6500, the beast of home printers. The diploma states that she graduated in 2006, with a B.A. in Anthropology and Religious Studies. Since then she has been a cook, server, deckhand, goat milker, office assistant, and general itinerant laborer. Tomorrow she will mend the fence (it makes the neighbors better.)

I don’t know what it’s like to be a college freshman today but I still like to pretend I can empathize – I walked into my first class unsure that I could stand the gaff, but hoping to glean some particle of cerebral sublimation just by breathing in the atmosphere of all that erudition, like a contact high.  I could wax nostalgic now about my subsequent years and the candles I extinguished with my mind, the epiphanous power of staring at a diagram of Crow kinship structure, or the life-altering effects of the countless times I heard some permutation of this:

“Good Morning, and welcome to [your 8 o’clock class]!  As you might’ve surmised by my sweatervest/wireless clicker/disheveled appearance, I am your professor.  Now if you’ll just turn your attention to this gaudy Powerpoint, today I will be teaching you how to ‘think.’”

But if I’m honest, the arc of my six-year college career can best be explained in terms of my casual encounters with this statement, which has been uttered by almost 10 out of 10 college students:

“Man, I don’t even know what happened.  I just wrote a bunch of bullsh*t, and I got an A.”

And my first lesson as an undergrad was the curious disconnect between these ostensibly opposed academic approaches.

I enrolled in the College of Arts & Sciences with what might be considered “classical” assumptions about what to expect from a college experience – an opportunity to get a self-evidently valuable introduction to modes of thinking I was not yet sophisticated enough to grasp, but that promised to bear me magical-mystery-like into some unknown and totally amazing future.  So my initial reactions to the above kegger confession were naïve and morally indignant:

“Are you serious [I might’ve said a few other things]?!”

The cherry blossoms fell, the tulip trees bloomed, the cherry blossoms fell again, and against all odds, I was still in school, and in a vaguely classist way, I realized, learning how to “think” – how to speak the language of academia and how to navigate within its various tropes and structures, its sub-etiquettes.  I was induced to “think” now, not just constructively, but “critically” and to examine the circumstances that might explain our various universal and geo-local mechanisms for authorizing one classification system over another.

I started drinking snobby beer, and learned to view college in a new, quasi-Marxist light: as a middle class rite of passage, a wheel-spinning induction into the tax bracket that you will feel pressure to maintain out of respect for the sacrifices made to put you there.  Hence the next stage in the evolution of my response to what had become the “Magoo paradox”: “Well, if you can figure out how to monetize bullsh*t, I’d call your parents’ money well-spent.”

I learned that the wider world was full of, yes, differing opinions, but opinions that were “interpreting” empirical events – sure, if we press each other hard enough on our opinions, we will retreat to the discursive asylum of belief, but that just means it’s time to shift into a safer topic – “You want to play Mystery Mouth?”  We will have to agree to disagree until “more” or “better” information sways one of us, but the information, once it comes, will be undeniably “truer,” making the mind that you (no, you!) change somehow closer to the center of some elusive essential truth that lives in a palace at the crossroads of Sacrosanctity and Insanity, guarded by a dragon, at the end of a rainbow.

Then, because I needed an elective credit, I took an introductory course in the Religious Studies Department.

This was the beginning of a re-imagining of what I thought I understood to be “critical thinking.” Socrates might invoke the old adage “Know thyself,” but I prefer 2 Chainz’s more modern and attainable phrasing: “Ass so big that I tell her look back it” – i.e., the “seeing” isn’t the point; the meaningful gesture is the attempt to look. The academic study of religion taught me, in a way that now seems obvious (and maybe it is, to you), to turn my critical eye inward, and commence the slow and painful process of unraveling everything I thought I knew – not only the a priori value of all the “knowledge” I thought I had accumulated, but the broader and more problematic tendency to approach the world in a certain way, with a certain fluid history, dynamic order, and sliding scale of values.  The world outside of what I had previously thought of as myself – and now what is that? – did not comprise a universe of concrete referents that I could invoke in order to “make sense” of any given situation, but rather that the “sense” that I “made” was precisely that: an assertion of a certain viewpoint based on presuppositions that I could bring to the forefront or allow to whir away in the background, informing the choices I made.  As a social actor, I was ultimately responsible for the very notions I thought I was merely perceiving, and the static, autonomous “self” I thought I needed to get to “know” was the vacillating product of a simultaneity of discursive exercise.  In other words, I learned the ways in which we differentiate between what we select as meaningful, and what we disregard as “stuff,” and how we use these careful selections to negotiate our place in an ever-changing network of social clamor.

Due to all that time I spent in the library, thinking really hard, it was several years before I realized that, while it would be hypocritical to claim that this new postmodern approach was somehow “better” “more accurate” or closer to the “truth” of some inclusive kernel of human nature, it was certainly more encouraging than anything I had ever tried. And I had this realization, not in a classroom, but in response to an old familiar phrase,

“Man, I don’t even know what happened….”

Or maybe you ended up doing what you came to university to do – you crafted a compelling argument based on a cursory engagement with some arbitrary set of data, and demonstrated that you can draw very general, self-serving conclusions from that data, couched in a random smattering of strategically selected elements that are framed as “evidencing” your claim.

Here’s to you, then.

So today, when I hear people talk about “the benefits of a college education” this is the skill I suspect they refer to: the ability to articulate a passionate defense of what might otherwise be termed bullsh*t.  When would these skills translate to the world outside the Ivory Tower?  I don’t know, maybe if you’re pitching the idea of a substantial pay raise to your boss, writing a grant proposal to the National Endowment for the Arts, rationalizing the purchase of an overpriced but sexy pair of Louis Vuittons, asserting the conceit of a national “exceptionalism,” or cultivating the myth of an institutional monopoly on a certain power/knowledge structure and the concomitant dispensation of marketable skills.

This “economy of signification” works best when it is least apparent, but, like all culturally transmitted information, it is fair game as an object of what Jonathan Z. Smith calls “our sense of incredulity, our estimate of plausibility.”  It is also a handy rhetorical technique, and one that we routinely employ – an improvisational tool that allows us to devise an ad hoc narrative ascribing relevance to any historicized nodes of data, being careful to outline the differences between ourselves and anything from which, for tactical purposes that may be deliberate or automatic, we wish to distance ourselves.  The affinities need not be mentioned – they are often not only implied, but conveniently invisible, and therefore unlikely to be examined. The messy ephemera of day-to-day life can be edited out; any competing claims or assertions or opinions, alternate histories or implied futures, more impressive post-graduate prospects or more professional career choices, can all be de-legitimized through their simple exclusion. Not that I would ever do such a thing – what a cheap ploy!

I learned other things, too, of course, college words like,”hegemony,” “autochthonous,” and “eleemosynary,” which I dig out every few months!  And almost exclusively in the service of the aforementioned point.

I also apply my experiences from Religious Studies in a more mundane sense, a sense for which I have a more acute gratitude – for example in, the course of a routine “corporate training” circus.  Because on Day One, Patty might say,

“Today, I’m going to show you how to set up the tables and listen.  We are VERY particular about it.  We’ll have fresh-cut flowers, which will always be placed left of center as you face the south wall.  You frame the flowers with the salt and pepper shakers, and then you arrange the plates and silverware like so.”

“Who is setting up the tables this way?  We always put the flowers in the middle, and we leave the sugar boat on the table and only bring the salt and pepper if they ask for it!”

And it was that first painful upending – the imposition of oblivion and the crystallization of absurdity – that allows me to pivot with ease, “Sounds great!” then walk into the kitchen to continue my conversation with the grill cook:

And given all I can never hope to know, if the empty cup of everything I have unlearned gets me to that part of the day when we flip the café sign to “Closed,” lock the door, crank the music, and set to over-analyzing the “Hunger Games” while we break down the register, wipe the counters, and sweep the floors — “Do you think it’s odd that District 1 is vilified for doing basically what the movie audience is doing?”  “I know! It’s so Las Meninas!” — well, that is sweeter than I have any business wishing, and more than enough to bear me magical-mystery-like into some unknown and totally amazing future.