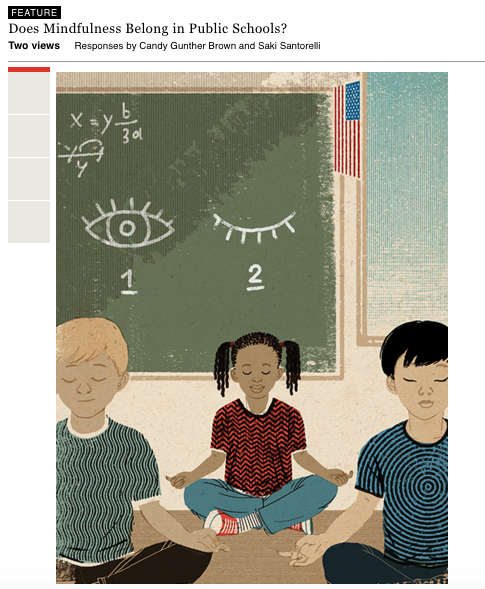 A course I am TAing for this semester opens each class with a mindfulness exercise for calming and finding one’s center. It starts, “Plant your feet firmly on the floor, adjust your posture,” moving eventually to noticing breathing patterns and trying to adjust them accordingly. As I joined the class a week late, I was unaware that this was part of the routine. Sitting there on my first day, I was a bit astounded that this was actually happening in the classroom. I should note that I was not inherently against it, but rather classifying it with any sort of religious ritual that might take place. At that moment, all I could think about was how this could not only be considered religious by some but also potentially could be making students very uncomfortable (whether there was a statement on day one of voluntary participation, I don’t know). However, having lived in Boulder for a year and a half, I have grown accustomed to Boulder’s affinity for Eastern religious practices or rituals — whatever those may be — and their pervading daily life. END_OF_DOCUMENT_TOKEN_TO_BE_REPLACED