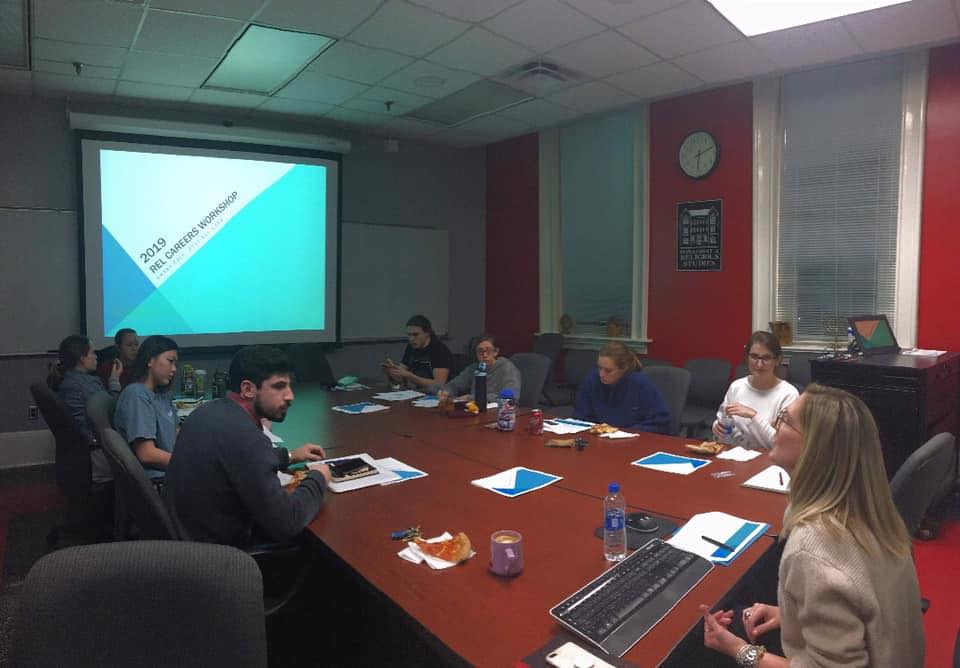 Last week, Khara Cole, who graduated from UA with a degree in Public Relations and Religious Studies in 2013, lead current students in a career workshop. The casual meeting launched last year as an RSSA initiative and continued this year (organized by Prof. Vaia Touna). The presentation covered everything from resume structure to LinkedIn formatting, and even nonverbal communication during interviews.

END_OF_DOCUMENT_TOKEN_TO_BE_REPLACED 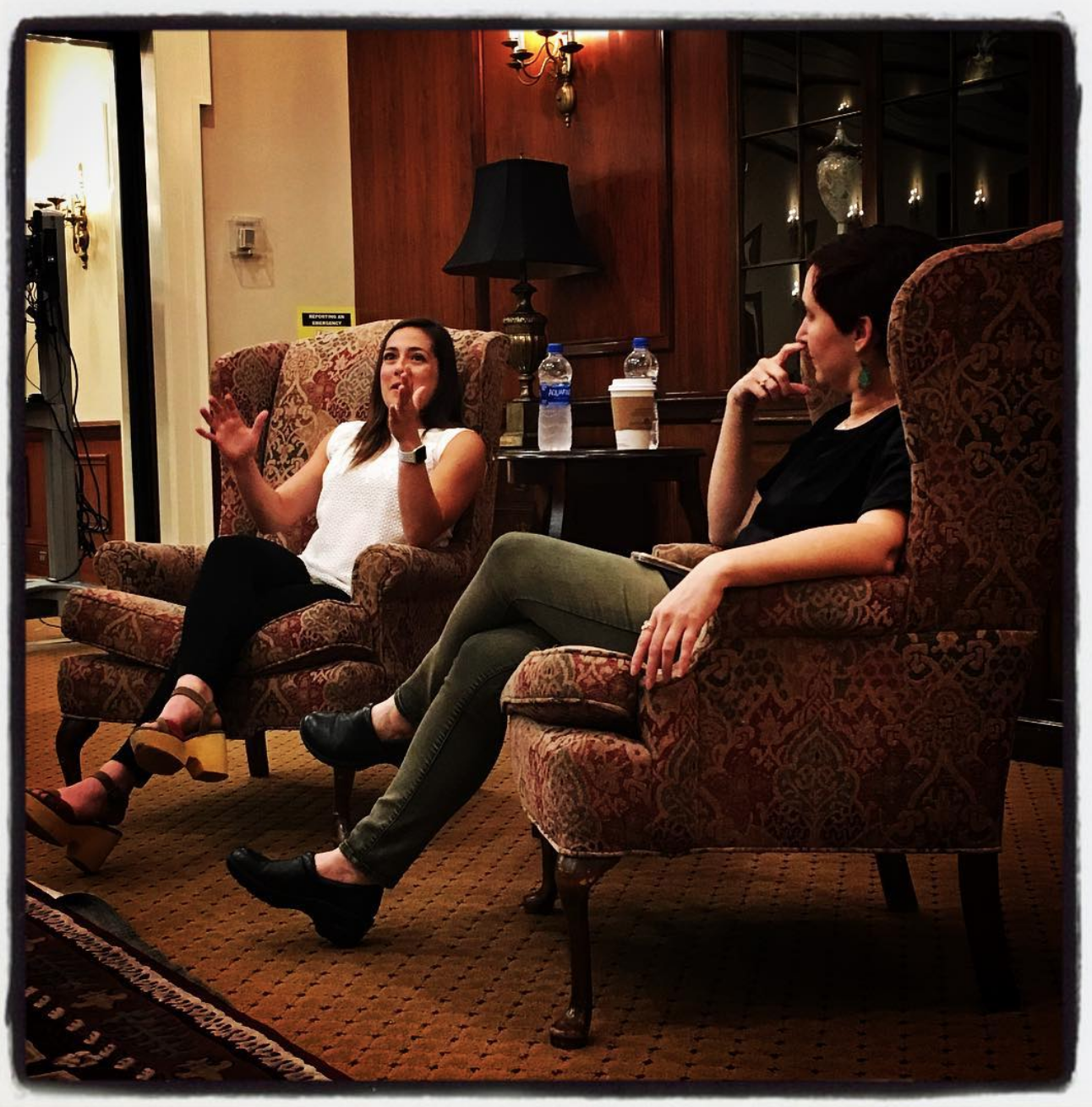 Interviewed by Kim Davis (BA 2003), Jennifer Alfano Nelson (BA 2007) was the Department’s guest at the first Grad Tales of the new year, held in the Ferguson Student Union last night. Now hosted by the Department’s recently-formed Alumni Liaison Committee (of which both Jennifer and Kim are members), Grad Tales is an ongoing series that dates to 2013-14 when alums were first invited back, to meet with current students and to discuss their careers and how, in hindsight, they now saw their time at UA — the courses they took, the choices they made, and the relevance of it all now that they’re out in the so-called real world. END_OF_DOCUMENT_TOKEN_TO_BE_REPLACED