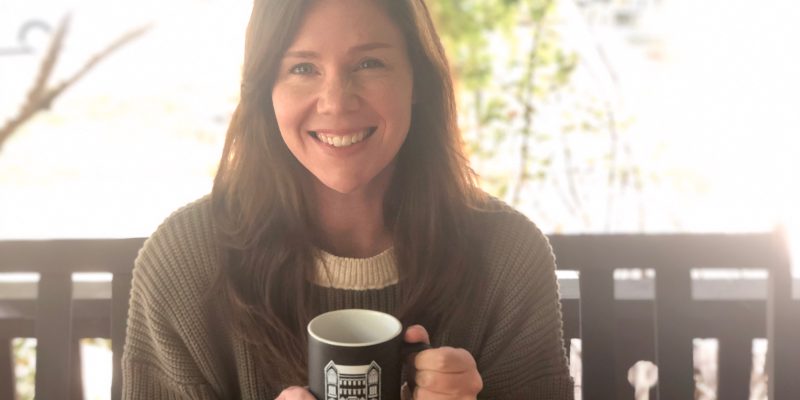 Tuesday/Thursday, 10-11 am and by appointment

Lauren’s research uses Catholic identities and digital media as a site from which explore questions about language, communication, and social construction. Her first book investigates how stories of the arrival of Christianity in England were communicated differently through various early modern media, some old (liturgical plays and architecture) and some new (print culture), with a specific focus on how the social reality of the authors and audiences shaped their conceptions of the past. Her current project extends her earlier work in media representation and critical theory, but she turns from print to contemporary digital media (particularly journalism and social media). For example, her forthcoming article examines #RadTrads (radical traditionalist Catholics), focusing not only on the technological but also on the rhetorical dimensions of algorithmic culture to think about the creation of identities through digital rhetoric. The RadTrad hashtag signifies not not just a place where religious groups exist or practice, but rather the creation of a new social identity through digital media.

Among her regular courses in REL are REL 105 Honors Introduction to the Study of Religion and REL 310 REL Goes to the Movies, along with periodically teaching REL 241 American Religious History. Lauren is also the faculty advisor to the Religious Studies Student Association and on the advisory board for our REL Digital Lab. She is a current host of the American Catholic Historical Association’s New Books in Catholic Studies podcast, focusing on Religion and Media.

(Forthcoming) Fabricating Founders: History, Rhetoric, and the Arrival of Christianity in England (Brill, 2022)

(Under Contract) Editor, “Crisis” in the Study of Religion (Equinox, 2022)

“The Infant Jesus of Prague and the Catholic Presence on January 6,” Uncivil Religion: January 6, 2021 (January 2022)

“The Material Production of Otherworldly Citizenship: From Paper to Digital Files to
Bodies,” in Rebekka King (ed.), Key Categories in the Study of Religion: Contexts and Critiques (Equinox, 2021).

“Early Modern Uses of the Christian Conversion Narrative: Local Historians and the Negotiation of
National, Confessional, and Regional Allegiances,” Journal of History and Cultures (January 2018).

“Puzzling it Out: Teaching Skills in History Courses with the Jigsaw Technique,” Perspectives
on History (November 2015).