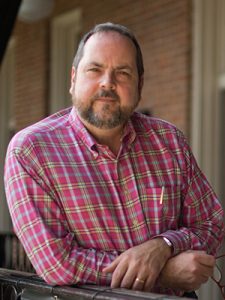 Find the PDF of this article here.

The academic study of religion is fundamentally an anthropological enterprise. That is, it is primarily concerned with studying people (anthropos is an ancient Greek term meaning “human being”; logos means “word” or a “rational, systematic discourse”), their beliefs, behaviors, and institutions, rather than assessing “the truth” or “truths” of their various beliefs or behaviors. An anthropological approach to the study of religion (which is not to say that the study of religion is simply a sub-field of anthropology) is distinguished from a confessional, religious, or theological approach (theos is an ancient Greek term for “deity” or “god”) which is generally concerned with determining the nature, will, or wishes of a god or the gods. Traditionally, the term “theology” refers to specifically Christian discourses on God (i.e., theology = systematic Christian thought on the meaning and significance of the Christian witness), though the term now generally applies either to any religion’s own articulate self-study or to its study of another religion (e.g., evangelism or religious pluralism are equally theological pursuits).

Although the academic study of religion—sometimes called Comparative Religion, Religious Studies, the History of Religions, or even the Science of Religion—is concerned with judging such things as historical accuracy (e.g., Did a person named Siddhartha Gautama actually exist, and if so, when and where?) and descriptive accuracy (e.g., What do Muslims say they mean when they say that Muhammad was the “seal of the prophets”?), it is not concerned to make normative judgements concerning the way people ought to live or behave. To phrase it another way, we could say that, whereas the anthropologically-based study of religion is concerned with the descriptive “is” of human behavior, the theological study of religion is generally concerned with the prescriptive “ought” of the gods. As should be clear, these two enterprises therefore have very different data: the academic study of religion studies people, their beliefs, and their social systems; the theological study of religion studies God/the gods and their impact on people.

Like virtually all scholarly disciplines in the modern university, the academic study of religion is a product of nineteenth-century Europe. Although influenced a great deal by European expansionism and colonialism (the study of religion is largely the product of Europeans encountering—through trade, exploration, and conquest—new beliefs and behaviors, sometimes understood as strange, sometimes as familiar), early scholars of religion were interested in collecting and comparing beliefs, myths, and rituals found the world over. After all, early explorers, soldiers, and missionaries were all returning to Europe with their diaries and journals filled with tales that, despite their obvious exoticness, chronicled things that bore a striking resemblance to Christian beliefs and behaviors. As such, early scholars tried to perfect the use of the non-evaluative comparative method in the cross-cultural study of people’s religious beliefs, “our’s” and “their’s”. To compare in a non-evaluative manner means that one searches for observable, documentable similarities and differences without making normative judgments concerning which similarities or differences were good or bad, right or wrong, original or derivative, primitive or modern.

To compare in a non-evaluative manner means that one searches for observable similarities and differences and then theorizes as to why just these similarities and why just those differences. For example, most all Christians generally believe that the historical person named Jesus of Nazareth was “the Son of God” (similarity) yet only some of these same Christians believe that the Pope is God’s primary representative on earth (difference). As an anthropological scholar of religion, can you theorize as to why this difference exists? A theological approach might account for this difference by suggesting that one side in this debate is simply wrong, ill-informed, or sinful (depending which theologian you happen to ask); an anthropologically-based approach would bracket out and set aside all such normative judgments and theorize that the difference in beliefs might have something to do with the psychology of people involved, their method of social organization, their mode of economic activity, etc.

In other words, the anthropological approach to the study of religion as practiced in the public university is a member of the human sciences and, as such, it starts with the presumption that religious beliefs, behaviors, and institutions are observable, historical events that can therefore be studied in the same manner as all human behavior. If they are more than that, then scholars of religion leave it to theologians to pursue this avenue of study.

Religion and the US Supreme Court

Although the study of religion came to North American universities prior to World War I and, for a brief time, flourished at such schools as the University of Chicago, Penn, and Harvard, it was not until the late-1950s and early-1960s that Departments of Religious Studies were established in most public universities. In the U.S., the establishment and success of these departments can be related to the Supreme Court’s understanding of the Constitution.

The opening lines to the First Amendment to the Constitution read: “Congress shall make no law respecting an establishment of religion, or prohibiting the free exercise thereof….” Legal scholars distinguish between the First Amendment’s “establishment clause” and its “free exercise clause.” In other words, the Amendment states that the elected government has no right to enforce, support, or encourage (i.e., “establish”) a particular religion, nor does it have the right to curtail its citizens’ religious choices and practices (i.e., the “free exercise” of their religion). It may well be significant that, in the opening lines of the First Amendment, it is made explicit that all citizens of the U.S. have the absolute right to believe in any or no religion whatsoever.

In 1963 a landmark case known as the School District of Abington Township, PA vs. the Schempp family came before the Court. In this case a non-believing family successfully sued a public school board for its school’s daily opening exercises in which a Christian prayer was recited over the school’s public address system. The Court decided that, as a publicly funded institution charged to represent and not exclude the members of a diverse, tax paying citizenry, the school board was infringing on the rights of its students, not just by supporting a specifically Christian worldview but, more importantly perhaps, a religious worldview.

Both the Constitution’s “establishment” and “free exercise” clauses were therefore the topic of concern to the Court. Justice Clark, the Supreme Court justice who wrote on behalf of the majority, stated in his decision that, although confessional instruction and religious indoctrination in publicly funded schools were both unconstitutional, one’s “education is not complete without a study of comparative religion or the history of religion and its relationship to the advancement of civilization.” The majority of the justices interpreted the First Amendment to state that, although the government cannot force a student to be either religious or nonreligious, the government certainly can—and probably should—support classes that study the history of particular religions, the comparison of two or more religions, and the role of religion in human history. In a way, we might conclude that the study of religion is among the few fields of study mandated by a Supreme Court decision!

The History of “Religion”

Perhaps you never thought about it before, but the very term “religion” has a history and it is not obvious just how we ought to define the term. Obviously, “religion” is an English term; therefore, we can ask, “Do non-English speakers have religions? Would an ancient Egyptian name something as ‘a religion’?”

We know that our term “religion” has equivalents in such modern languages as French and German. For example, when practiced in Germany the study of religion is known as Religionswissenschaft (the systematic study, or wissenschaft, of religion); when practiced in France it is known as Sciences Religieuses. Even just a brief comparison of these and other related languages helps us to see that all modern languages that can be traced back to Latin possess something equivalent to the English term “religion.” This means that, for language families unaffected by Latin, there is no equivalent term to “religion”—unless, of course, European cultures have somehow exerted influence on non-Latin-based cultures/languages, an influence evident in trade or conquest. Although “religion” is hardly a traditional concept in India, the long history of British colonialism has ensured that English speaking Indians have no difficulty conceiving of what we call Hinduism as their “religion”—although, technically speaking, to a Hindu, Hinduism is not a religion but is, rather, sanatana dharma (the eternal, cosmic duty/obligation/order). Even the New Testament is not much help in settling these issues since its language of composition—Greek—lacked the Latin concept religio. English New Testaments will routinely use “religion” to translate such Greek terms as eusebia (1 Timothy 3:16; 2 Timothy 3:5), terms that are closer to the Sanskrit dharma or the Latin pietas than our term “religion.”

Even in Latin our term “religion” has no equivalent—if, by “religion,” you mean worshiping the gods, believing in an afterlife, or being good—what most people seem to mean today when they talk about “religion.” The closest we come when looking for Latin precursors to our modern term “religion” are terms such as religare or religere which, in their original contexts, simply meant such things as “to bind something tightly together” or “to pay close or careful attention to something.”

So, where does all this leave us? Well, it leaves us with a lot of questions in need of investigation: Just what do we mean by “religion”? If a culture does not have the concept, can we study “their religion”? Is there such as thing as “the Hindu religion” or “ancient Greek religion”? Regardless of the history of our vocabulary, is religion a universal human phenomenon or is it simply one among many ways that people name and classify their particular social worlds?