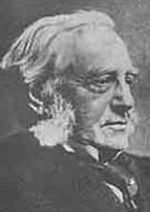 Friedrich Max Muller (1823-1900),
German scholar of the religions of India
and early historian of language and myth,
one of the founders of the science of religion.

Cornelius Petrus Tiele (1830-1902),
Dutch scholar of ancient Egyptian religions
and one of the founders of the science of
religion who delivered the prestigious
Gifford Lectures in 1896-98.

Religious Studies, also known as Comparative Religion, the Science of Religion, or the academic study of religion, is a part of the human sciences, and engages in the analysis of cross-cultural religious phenomena. Much as Political Science constitutes study about the political process rather than the promotion and participation in specific party politics, descriptive and comparative study about religion as carried out in the publicly-funded university is therefore to be distinguished from religious (theological) forms of study.

The Department of Religious Studies is among the principal arenas in the University where students can learn of the history, diversity, and ingenuity of human belief and behavioral systems.

The academic study of religion first arose in late nineteenth-century Europe and arrived in the U.S. soon after. Thriving initially only in a handful of private colleges, by the early 1960s the field had blossomed in public universities due to such factors as changing immigration policies and increased interest in the cultures of Asia. As with many other U.S. Departments of Religious Studies, the study of religion at the University of Alabama was originally taught by volunteers from local churches and campus chaplains, and their classes focused almost exclusively on the study of Christianity as viewed only from various denominational perspectives. Up until the mid-1960s the study of religion was mainly organized along the lines of a Protestant seminary (with courses on Bible Interpretation, Church History, Systematic Theology, etc.) and was therefore seen by students and teachers alike as either an extension of “Sunday School” or as preparation for ministry. Seeking what was then described as “an academically sound” Department that was no different from any other Department on campus, the administration of the University of Alabama created the Department of Religious Studies in 1966, sharply distinguishing it from its previous incarnation as a confessionally-based and volunteer-staffed Department of Religion.

Now, nearly forty years later, the Department of Religious Studies is among the principal arenas in the University where students can learn of the history, diversity, and ingenuity of human belief and behavioral systems. Prolonged and critical exposure to differing beliefs and practices regularly takes place in the classroom, where students study ancient and contemporary world religions descriptively and comparatively. Students leave our courses with a heightened sensitivity to cross-cultural understanding and an appreciation for the complexity and novelty of human belief systems. From debates concerning the separation of Church and State and defining what should count as religion in the eyes of the courts, to broad discussions on the relationship between local traditions and the increasingly global nature of world culture and economics, scholars of religion are called upon to help negotiate the often complex nature of contemporary public affairs. In an ever shrinking world, the practical skills taught in our classes—interpretation, translation, understanding, and analysis—play an increasingly important role.

Religious Studies is therefore a key component of the University of Alabama’s Humanities Core Curriculum. Students from across the University attend classes in the Department. Students double-major in areas such as Anthropology, Journalism, Psychology, or even Chemistry or Biology and Religious Studies. Its majors not only become professional scholars of religion, but succeed in such diverse careers as journalism, business, education, and publishing.