Why Study Religion?: A Conversation About the Relevance of the Humanities

Why study religion? What is useful about the skills we learn in humanities courses? Join us for a conversation with two early career scholars of religion about how they ended up studying religion, why they think the study of religion is valuable, and how the humanities continue to be relevant beyond the academy. 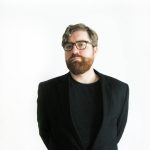 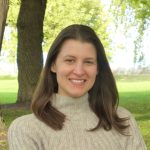 Hannah Scheidt received her PhD from the Department of Religious Studies at Northwestern University in 2018 and her BA from Bowdoin College in 2010. Her dissertation, a cultural study of contemporary atheism, is titled Practicing Atheism: Culture, Media, and Ritual in the Contemporary Atheist Network. This project explores how atheism gains “affirmative” content (that is, meanings and associations beyond simply lack of belief in god) through a complex relationship with religion. Her work incorporates perspectives and methods from religious studies, media studies, and cultural studies. Hannah’s other research interests include secularism, religion and science, religion and media, transhumanism, and (recently) American craft and maker movements.

This event is an American Examples production.