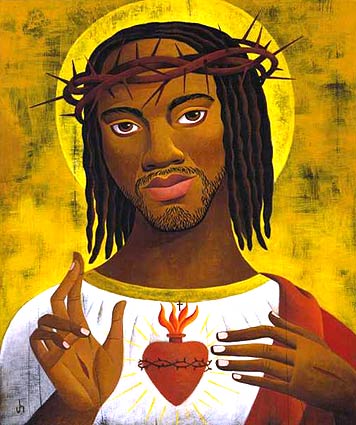 Did you catch Bart Ehrman’s interview about his new book on National Public Radio’s “Fresh Air” the other day?

No? Then have a listen.

While there’s lots here to consider if we want to entertain what a truly critical, historical study of religion might look like, what a critical approach to how we talk about the past would look like — one that avoids anachronism, as if we can read back present day identities into the dim past — and even what it means for a scholar to “go public” with his or her research, consider just this one response to Terry Gross‘s question, beginning at 3:41 of the interview; Ehrman replies:

Well, what I argue in the book is that during his lifetime, Jesus himself didn’t call himself God and didn’t consider himself God…

So, at least judging by book sales, we have here one of the most famous current scholars of the New Testament telling us what a textual figure about whom we know nothing other than what we learn in a small number of ancient writings by a variety of subsequent authors who, of course, all had their own agendas in creating their narratives, writings that are themselves copies of copies of copies, and so on, and so on, that, yes, are the results of subsequent editors and copyists with agendas of their own, and so on, and so on…, telling listeners what he thinks this figure actually thought and actually said about himself.

“Jesus saw himself as…”? Really?

Is this what the work of a historically nuanced, critical, i.e., non-theological, scholar of religion looks like? (Better question: Is this what it inevitably looks like when writing for a mass audience?) For although Ehrman aims to be a rigorous historian — something he stresses in the interview, such as when he tells Gross, a little later

— telling us what you think a character we only know from texts actually said and really thought sounds an awful lot to me like something other than doing history. For, as I understand writing history, to do so requires a time traveling, mind-reading miracle — but he repeatedly rules miracles as out of bounds for an historian.

So, if it wasn’t a miracle, then just how did we move so quickly from what is nothing more or less than a discourse on the character (the Jesus sign, as Bill Arnal phrased it in what I take to be a far more rigorously histrorical work on the same topic) to an actual historical actor whose thoughts we can somehow know? How did we transcend time and space to get to answers to the old “What did Shakespeare mean…?” question so easily, in only the first minutes of an interview that’s over half and hour long? For I’d hate to speculate on what my grandfather really thought about this or that, let alone what my 21 year old self might have thought, much less a character diversely portrayed in a collection of ancient texts who, though profoundly important to many today, is — at least for the critical student of religion — still just a character in a collection of texts.

(By the way, was that the “right” picture of Jesus for this post?
Perhaps you see my point…?)