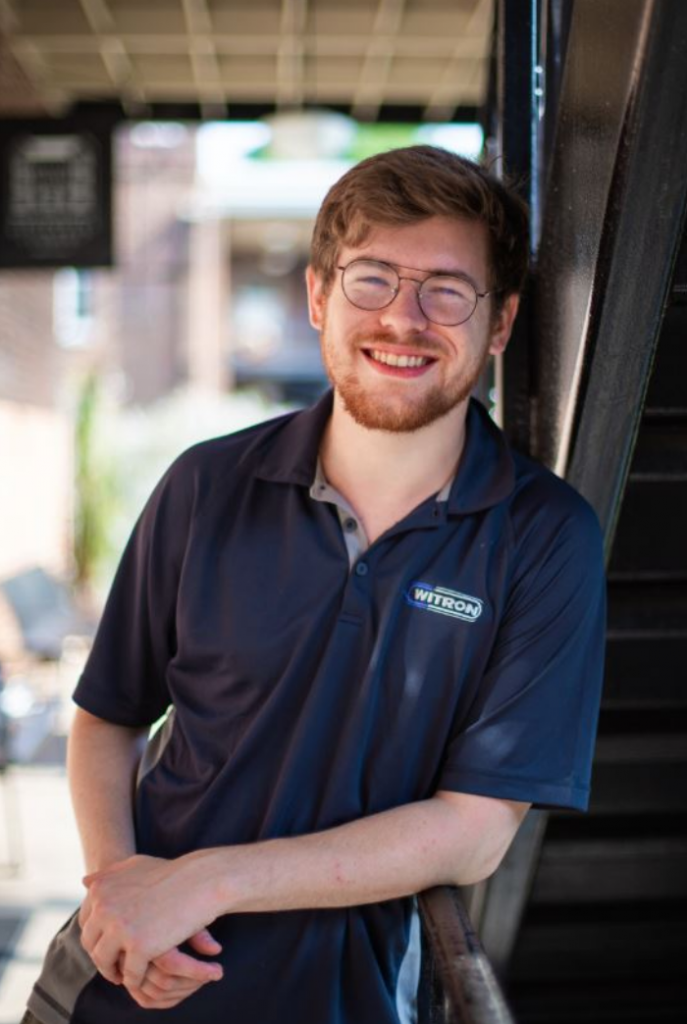 We are very pleased to announce that, in consultation with the REL Graduate Committee as well as Prof. Mike Altman, who heads up our American Examples workshop, Jack Bernardi has been named as our next American Examples Graduate Fellow.

Jack earned a B.S. in Pure Mathematics in 2017 and is now nearing the end of his first year in REL’s M.A. program. His research interests are wide, but focused around issues of apocalyptic narratives and climate change. Throughout 2019-20 he held UA’s prestigious Graduate Council Fellowship and served as a Graduate Teaching Assistant for the Department of American Studies in the Fall 2019 semester.

Following Keeley McMurray, our inaugural AE Fellow (who graduates from our M.A. degree this semester, to begin her Ph.D. in the study of religion at Florida State in the Fall), Jack begins in his role in mid-May, assisting Prof. Altman with organizing and hosting three annual workshops.

American Examples, generously funded by a four-year grant from the
Luce Foundation, involves a team of REL faculty who annually
mentor a group of early career scholars in areas of
research, teaching, and public scholarship.